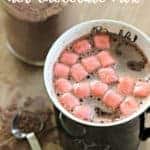 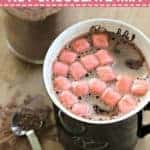 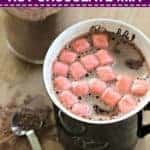 It's duck shooting season! I don't know about anywhere else in the world but in New Zealand for the month of May it is open season on ducks. But wait, before you think we are just a bunch of gun-toting maniacs, let me explain. Ducks can actually be a bit of a pest here - they eat the grass and can do a lot of damage to crops. So the farmers out here are more than happy for a few ducks to be taken care of during May. Secondly, we do eat the duck. I haven't tried cooking duck on it's own..yet. But we take the breasts to our local butcher and he makes duck sausages and salami for us which is beautiful, so it is certainly a worthwhile exercise. Plus, the enjoyment Josh and his friends get out of it is totally worth it!

So I went out with the boys this morning - a 5.30am start on a SUNDAY! Must be crazy. But I got to get dressed up in my camouflage gear which is kind of cool. Am I, or am I not the most excited (and most tired looking) duck shooter ever? Haha. 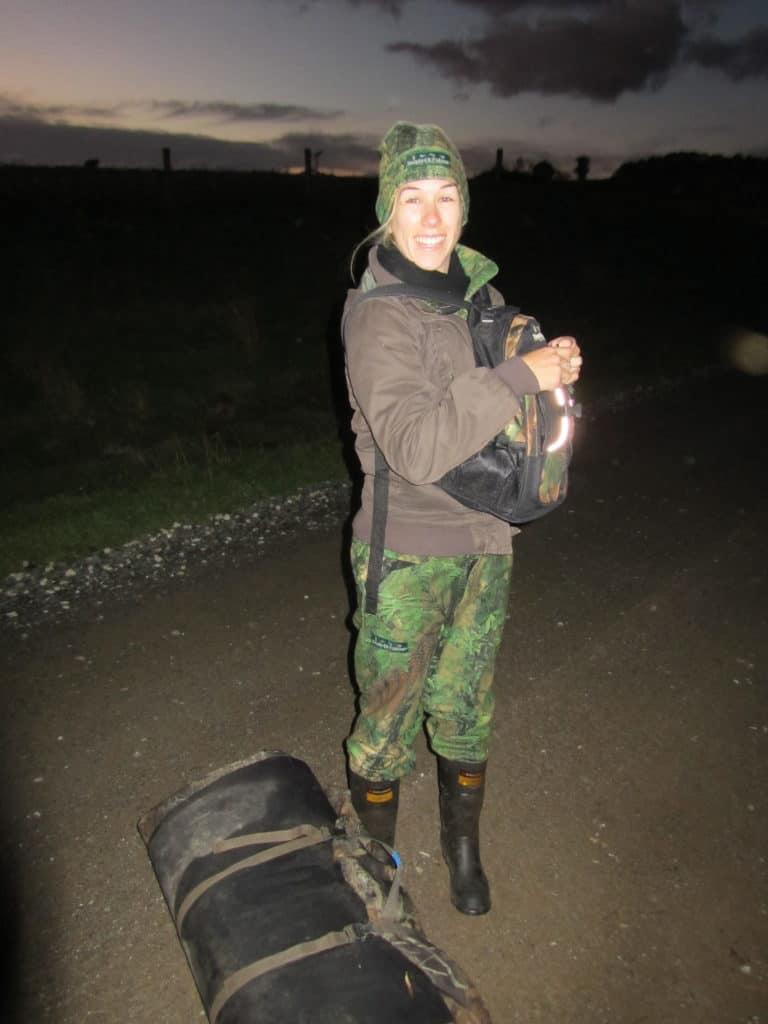 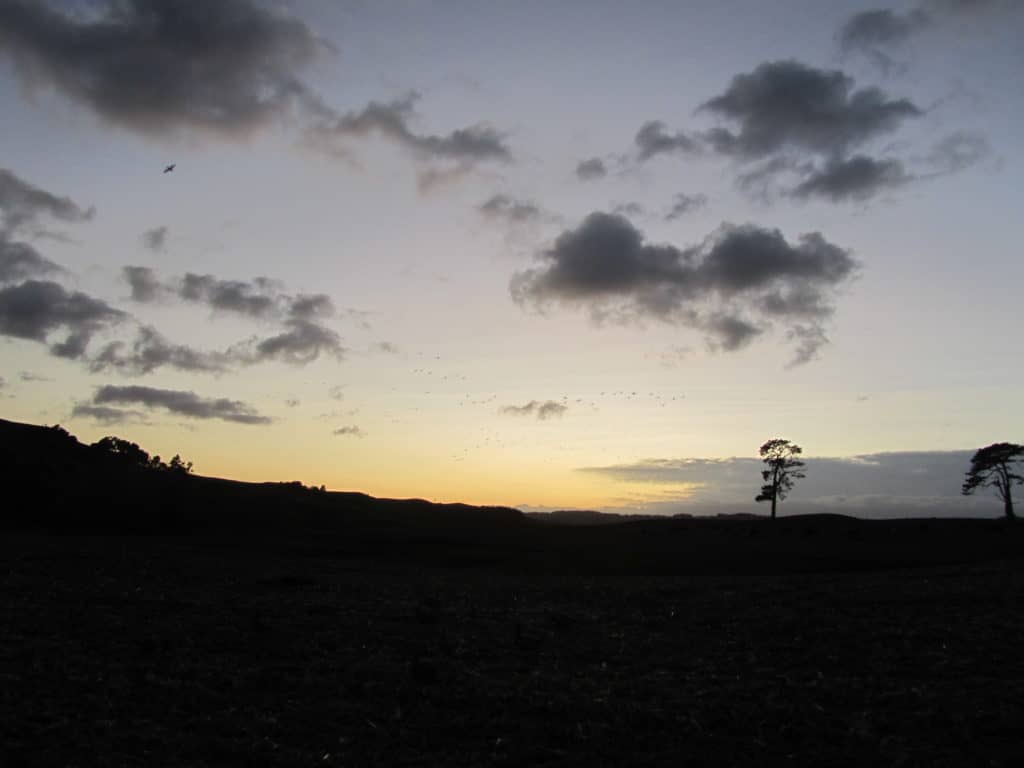 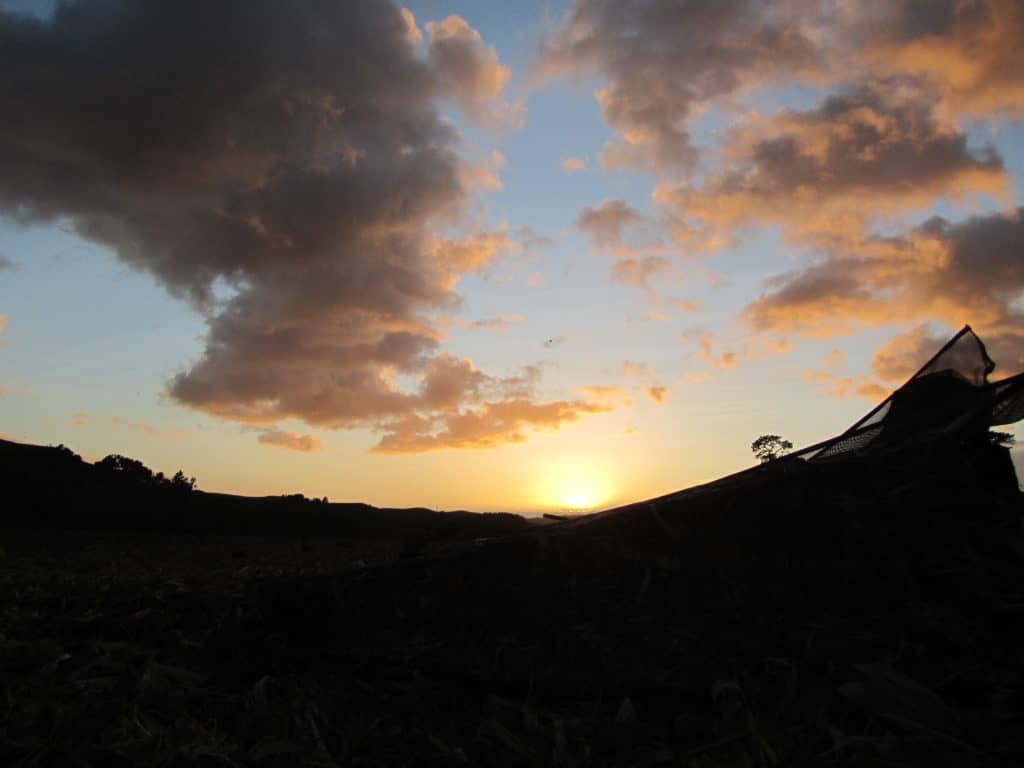 It was a mixed day - the boys only got 6 ducks which was not super successful, but at least we saw a bit of action. We also had some crazy changeable weather. It was sunny one minute and pelting with icy cold rain the next, so by the time we got home at 3pm I was in serious need of warming up.

Enter, homemade hot chocolate mix! I'm not a big hot drink girl aside from my morning cup of joe, but sometimes a hot chocolate is the only thing that's going to cut it. That, and the fact that if I have caffeine at 3pm I will be up ALLLL night! Because of this I don't actually have hot chocolate mix at home but I'd tried making it once before and it was easier than I could have ever imagined. So easy that I almost feel bad about calling it a recipe. But it's Sunday and I've been up since sparrows fart so just roll with me ok?

Add to a jug equal amounts of cocoa powder and icing sugar. 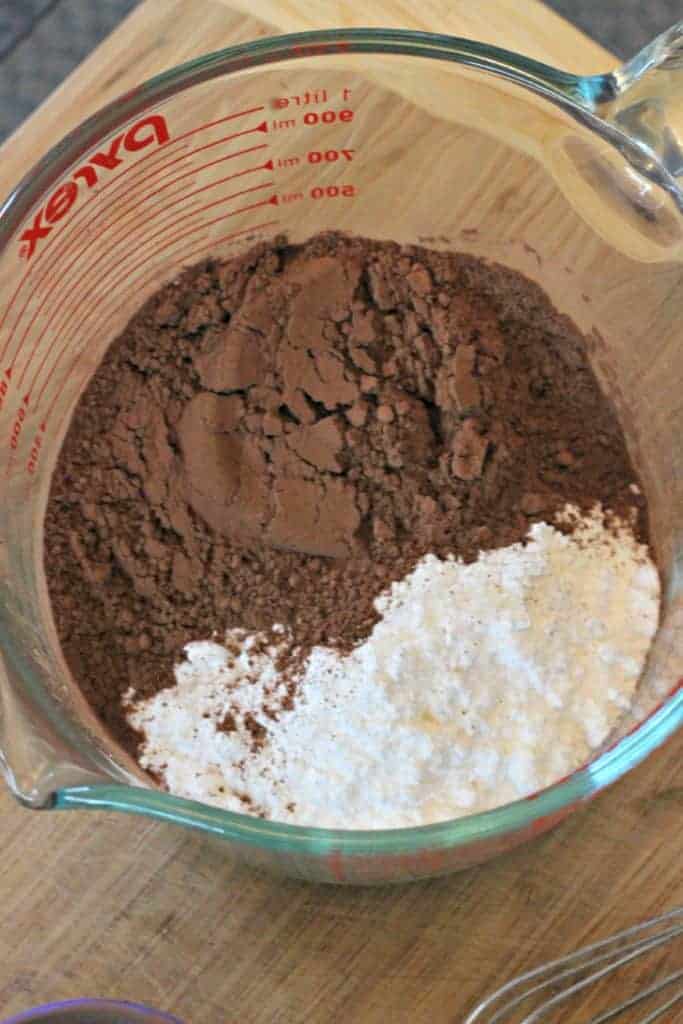 And whisk it together. You could be super fancy and sift the ingredients first buuuut that takes longer. And makes more dishes. And it's all going to melt soon anyway so who cares right? Good. 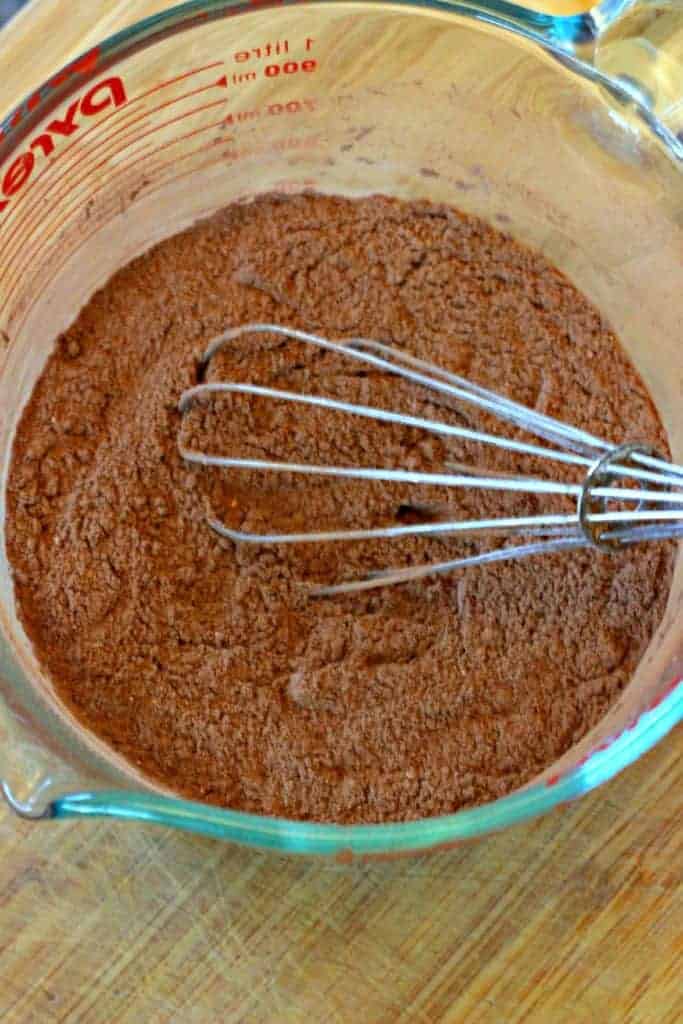 Add 4-6 teaspoons to a cup of boiling water or hot milk, throw some mini marshmallows on top and you are winning! 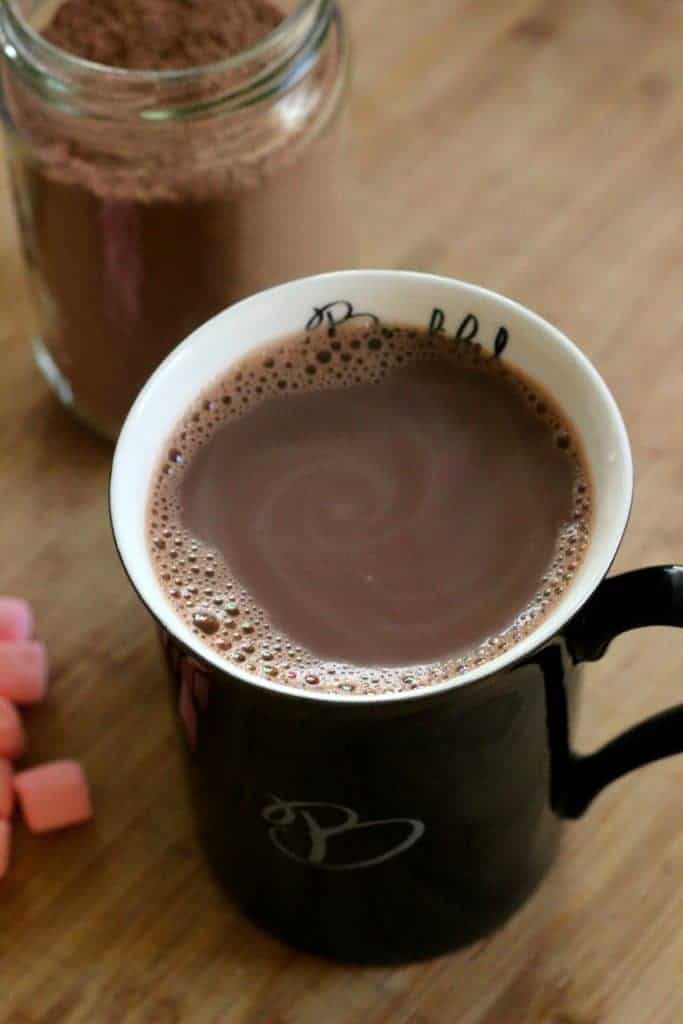 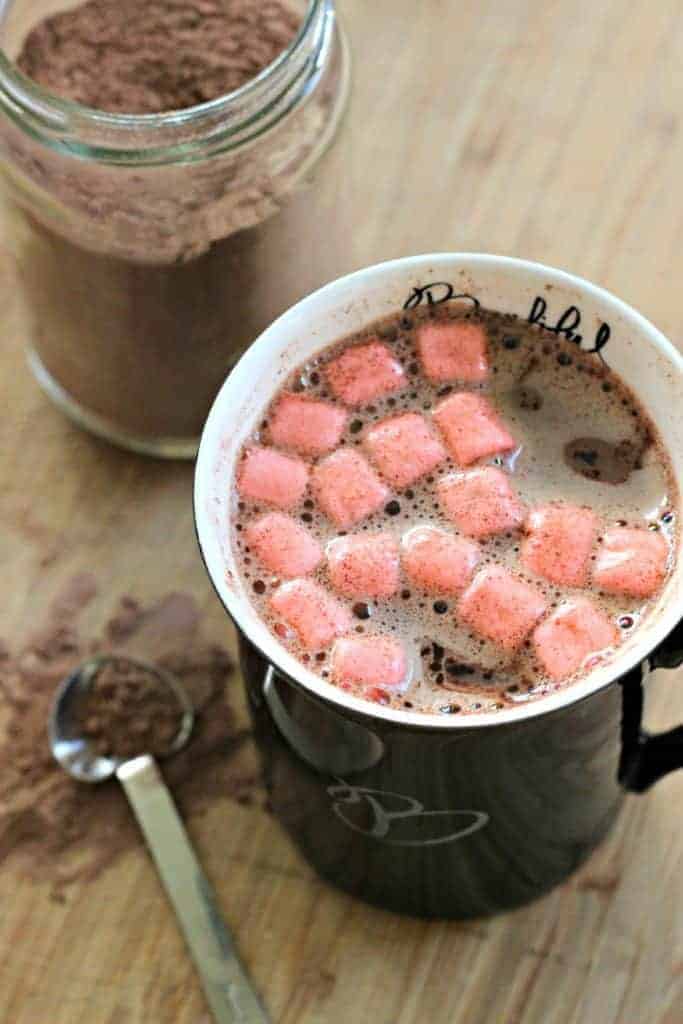 In fact, you don't even need to make a big batch - you can just put 2-3 teaspoons of both cocoa powder and icing sugar straight into a mug! But then it's not quite so easy if you want another mug. Which you will.

Put the rest of the batch in a little jar and leave it out for whenever you need a hot chocolate fix! 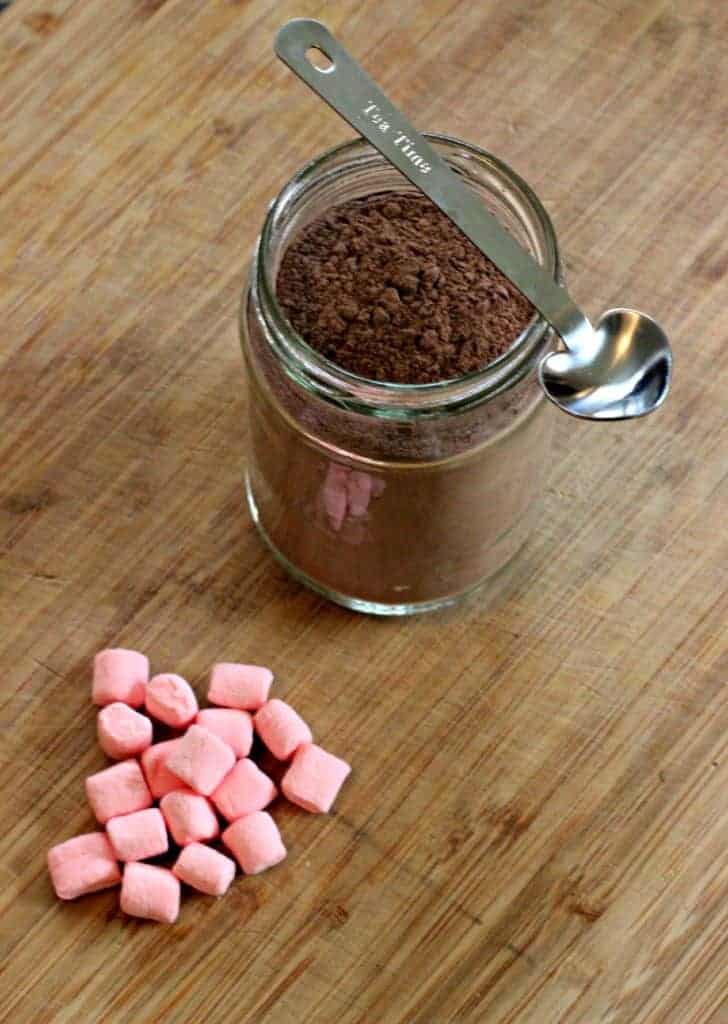 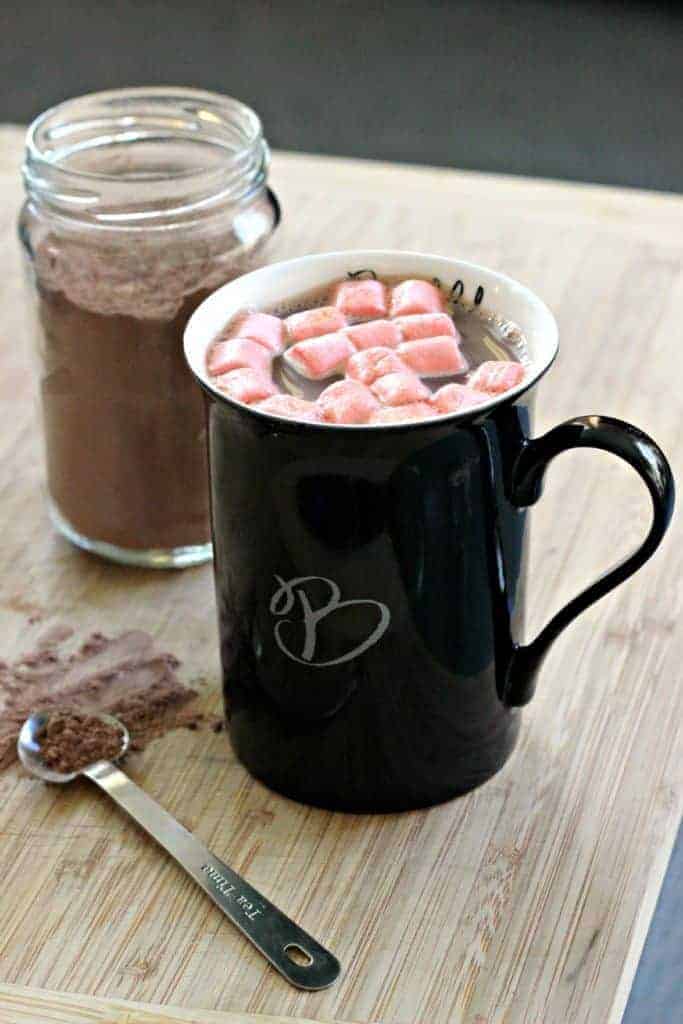