Homemade magic shell or chocolate whizz! 2 ingredients and 2 minutes and you have an awesome crackly chocolate shell for your ice-cream! 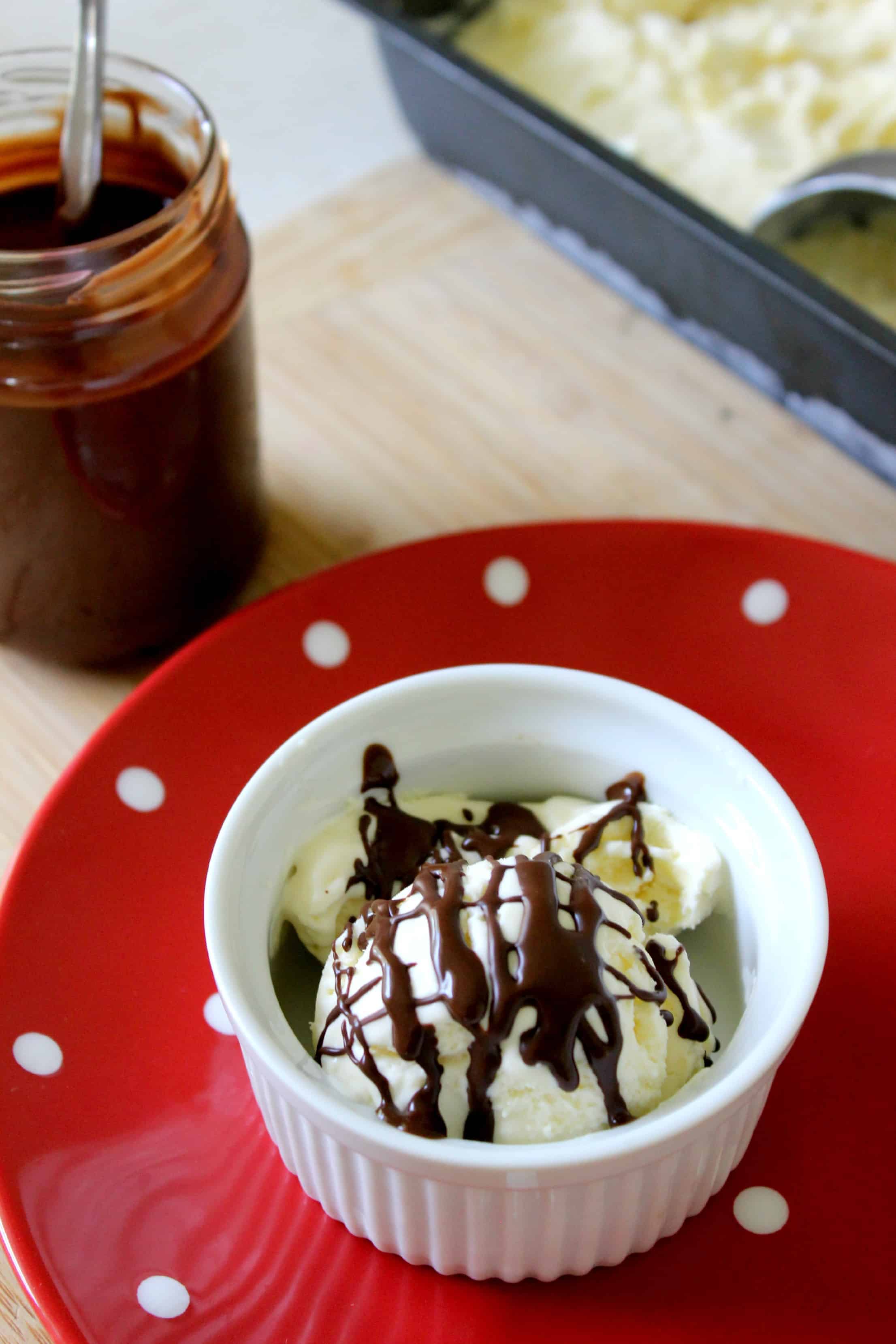 Homemade Choc Whizz! Or for anyone not in New Zealand, homemade Magic Shell or Ice Magic. The incredible chocolate sauce that goes hard when you put it on ice-cream. Also known as the stuff childhood dreams are made of. Well, mine anyway!

There is something about that sauce that just makes me so happy. I think it's because I'm in my 20's and a bowl of ice cream covered in a crackly chocolate shell takes me right back to my childhood. And even better, Josh loves it too. For someone without much of a sweet tooth, that man eats ice-cream covered in choc whizz. I was a little unsure about how he would feel about this replica but in his words..."just as good, if not better than the real thing." That's a win as far as I'm concerned.

This is a kitchen science experiment gone right, and only using 2 ingredients! Ready for class?

What causes magic shell to harden?

Coconut oil! Coconut oil is solid at room temperature. When you warm it, it turns into a liquid - you may have noticed that this can even happen in the middle of summer - the coconut oil in the pantry definitely starts to go soft, if not liquid. To make the sauce, you melt coconut oil with chocolate. Once the sauce comes into contact with the cold ice-cream, the coconut oil reverts back to it's solid state, creating the hard shell...it's magic!

The best thing about this sauce is that it takes less than 5 minutes to make. Less time than it takes for the ice cream to soften enough to scoop it!

Break up your chocolate. I've made it with dark chocolate, milk chocolate and chocolate chips. All are great so choose whichever chocolate you like to eat the most, or whatever you have handy. Easter eggs could also work if you're working through a glut of those!

Add your coconut oil to the bowl.

And put in the microwave for 30 seconds. Take it out and give it a stir, then put it in for another 30 seconds. At this point, mine was almost melted, so I just gave it a stir and let the oil melt the rest of the chocolate. If it's still got a way to go, put it back in for a little longer.

Now for the fun part. Scoop out your favourite ice-cream. I can't go past this vanilla ice-cream, especially with this sauce. And sprinkles. Always sprinkles. Pour the sauce on, leave it 30 seconds or so and there you have it. 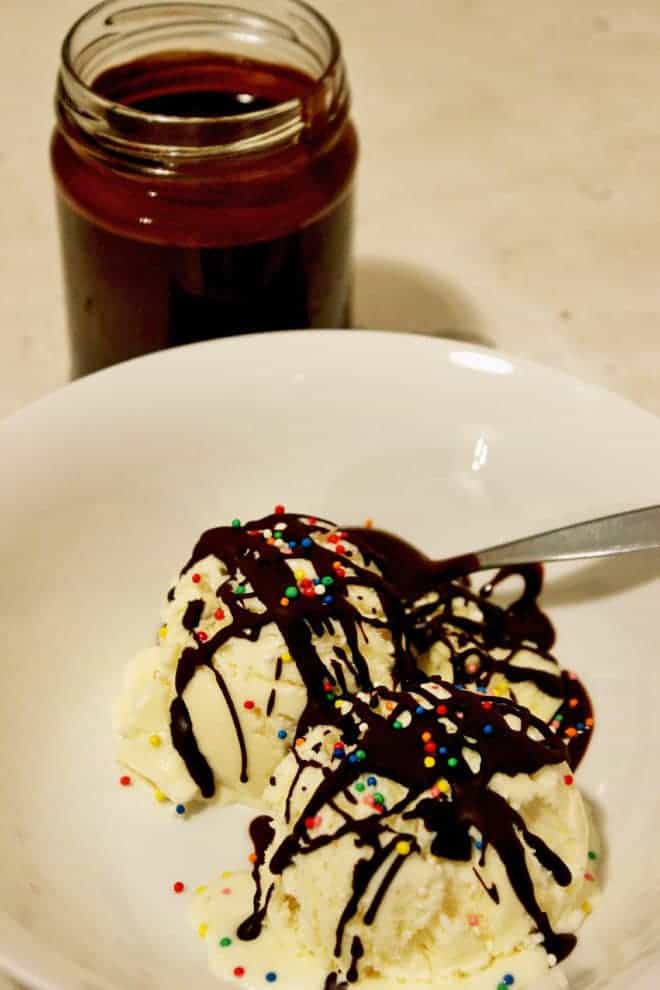 It's magic! That's what I'm talking about. 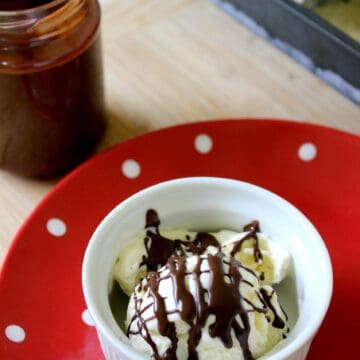 « The battle of the white butterfly
How to freeze zucchini »