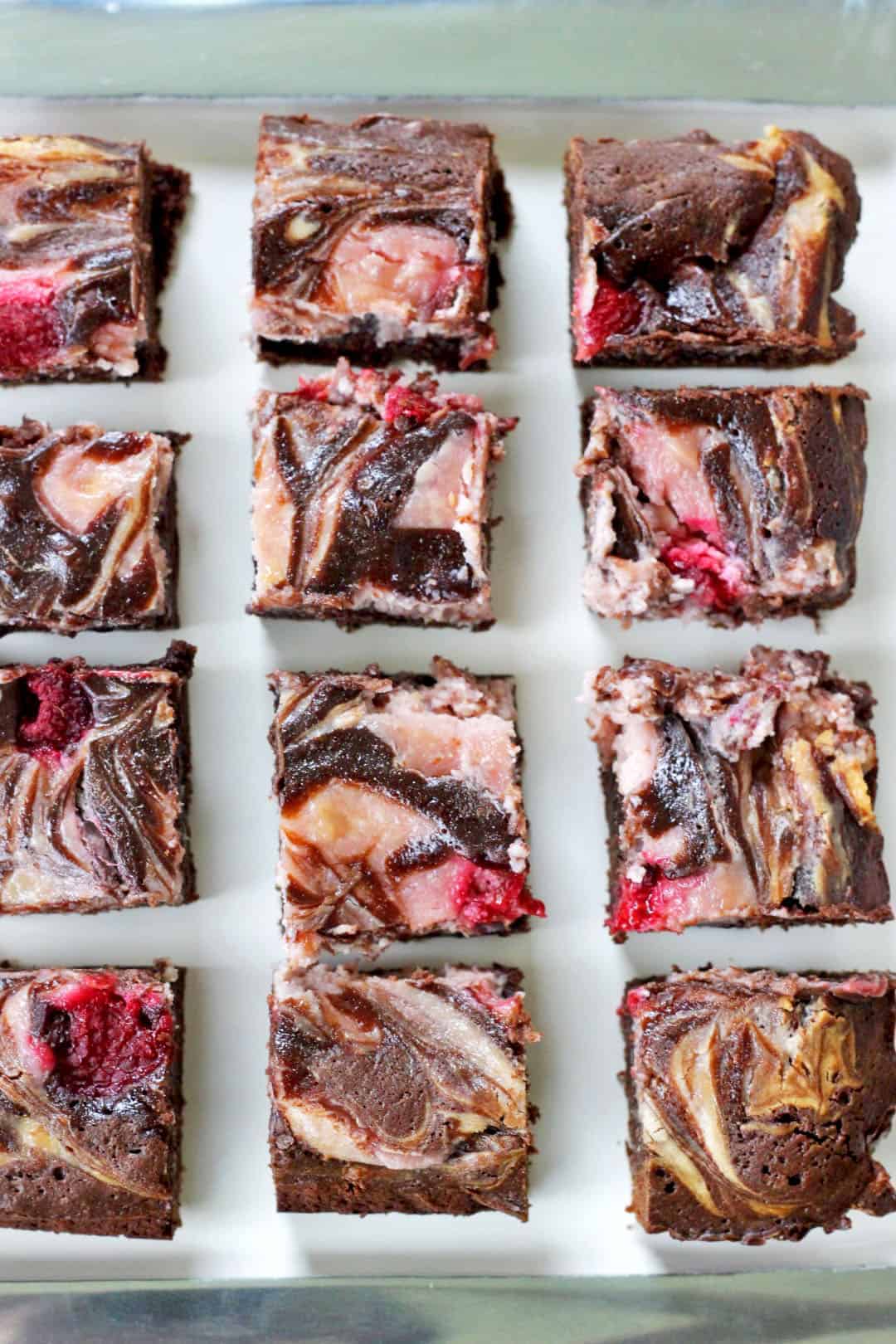 I'm going to make an extremely bold statement. This is THE best brownie I've ever eaten. Phew, felt good to get that off my chest.

I've eaten a lot of brownies in my time. Regular brownies, brownies with bits & piece added in, cookies & cream brownies, mint brownies...but it's these ones. These gooey, pink delicious raspberry cheesecake brownies that have stilled my brownie loving heart.

The base is a super chocolatey, dense and fudgy brownie...strong enough to hold up to the topping but not rock-like in any way shape or form. And then the killer blow - raspberry cheesecake topping with pretty swirly patterns and dotted with fresh raspberries. Because we all know that if it looks pretty, it tastes better! 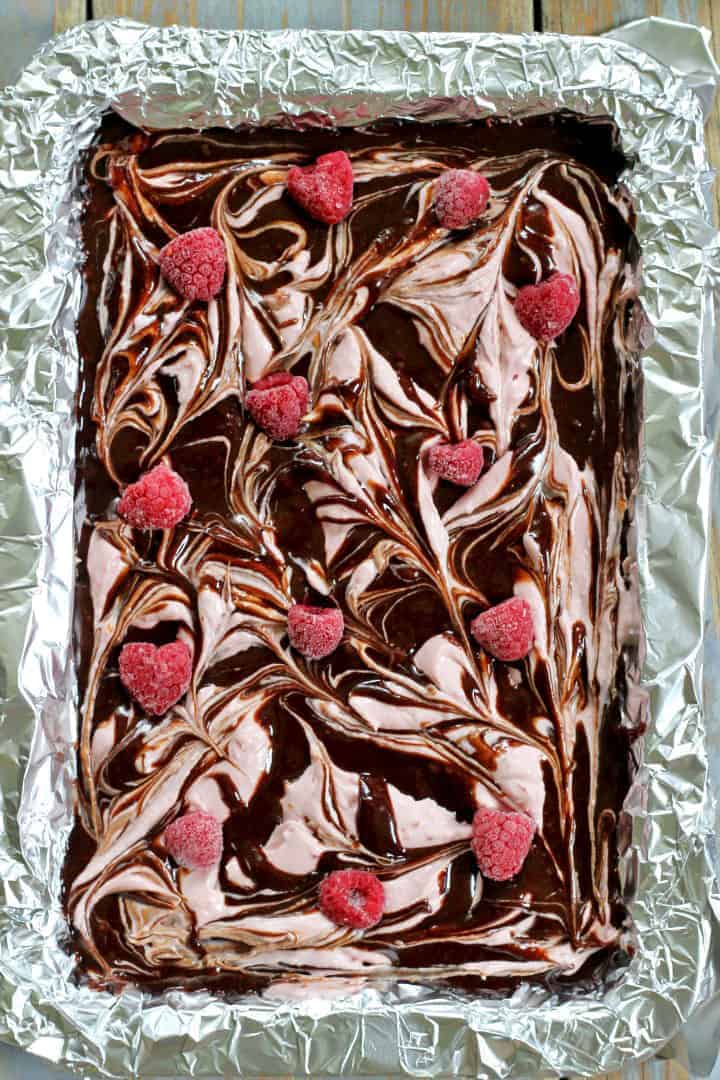 The trick to making the swirly pattern extra swirly is to keep back a ¼ cup of the brownie mixture and pour that over top of the cheesecake layer before running a knife through it...I learnt that little trick from one of my FAV bloggers Sally. 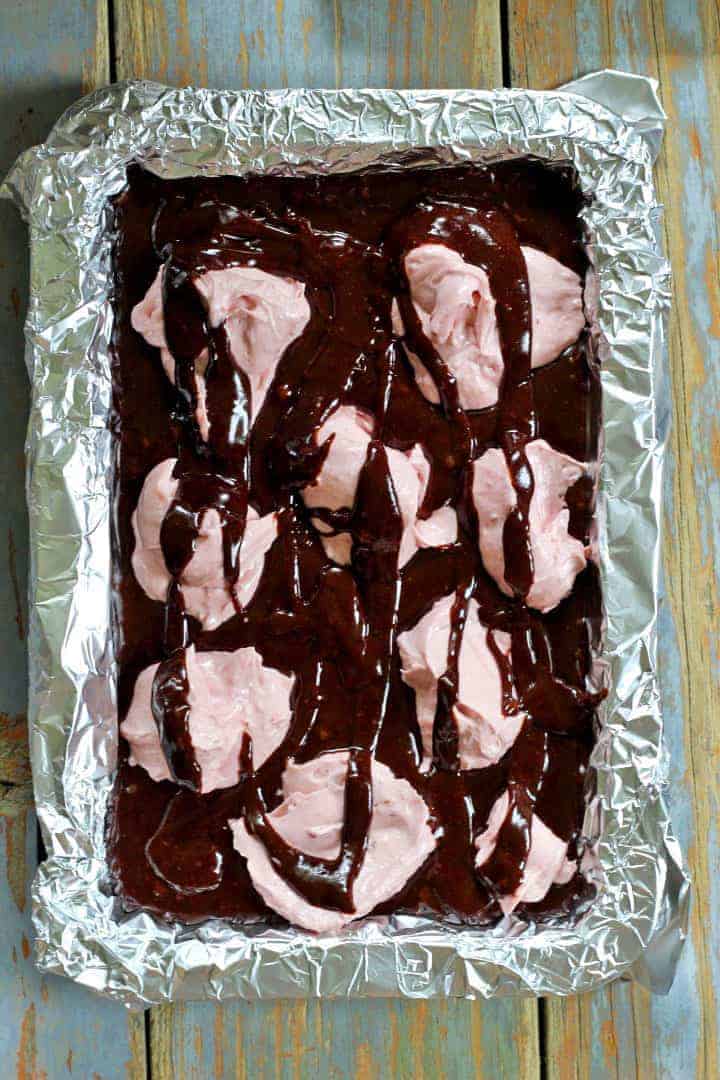 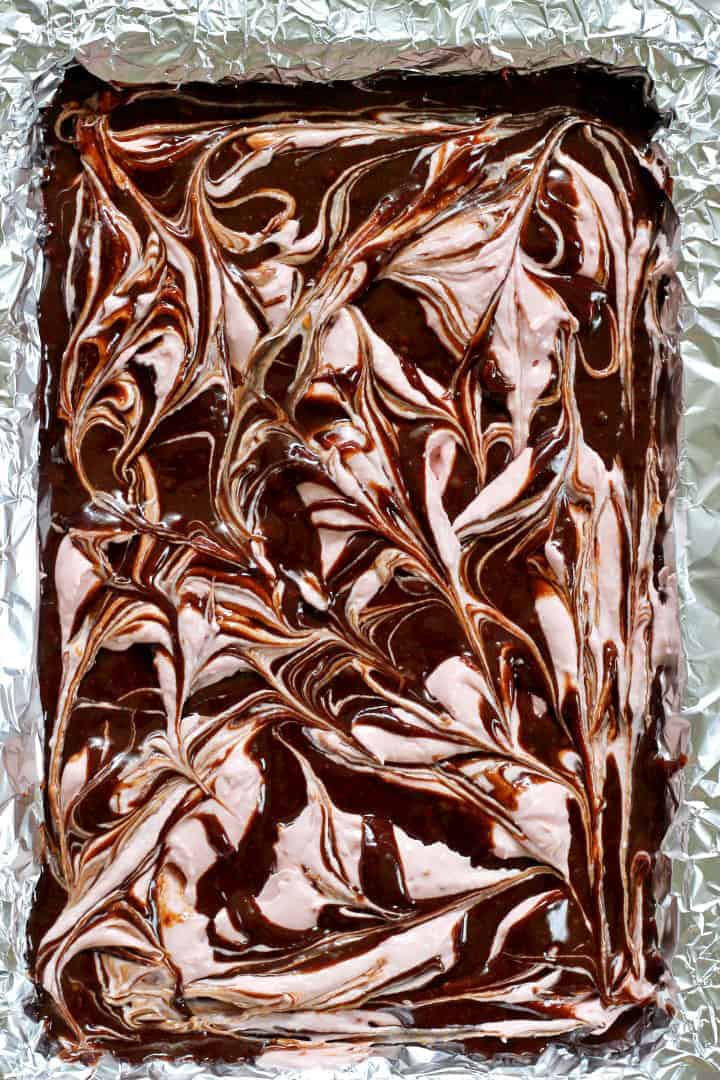 I took this brownie to work for my birthday morning tea shout, I blinked and it was gone! Lucky for me I had kept a couple of pieces back at home...so sneaky! 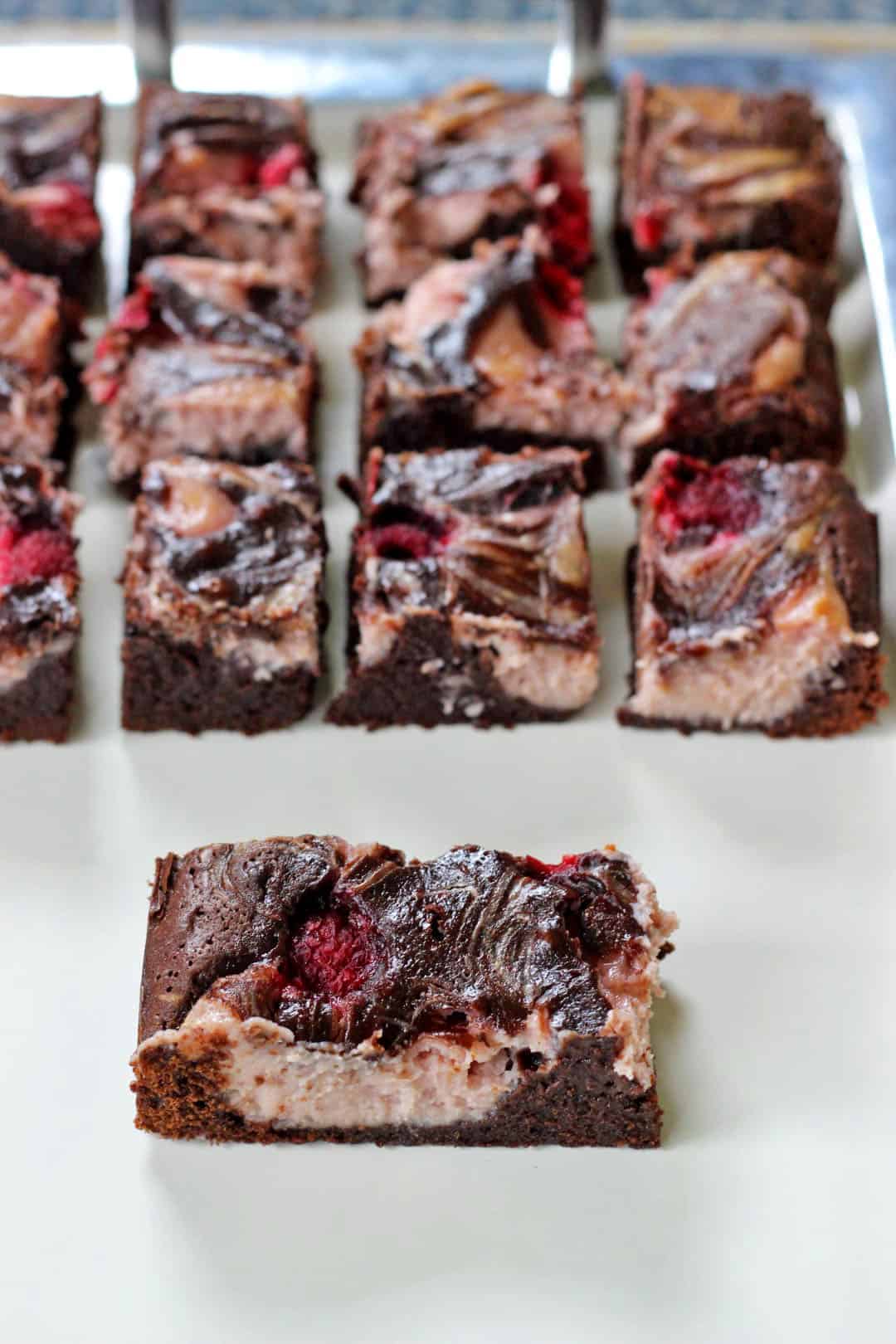 This would be the perfect addition to any pot-luck dessert type situation and I have a sneaking suspicion that adding vanilla ice-cream and even more fresh raspberries would make this a welcome guest at the Christmas table. 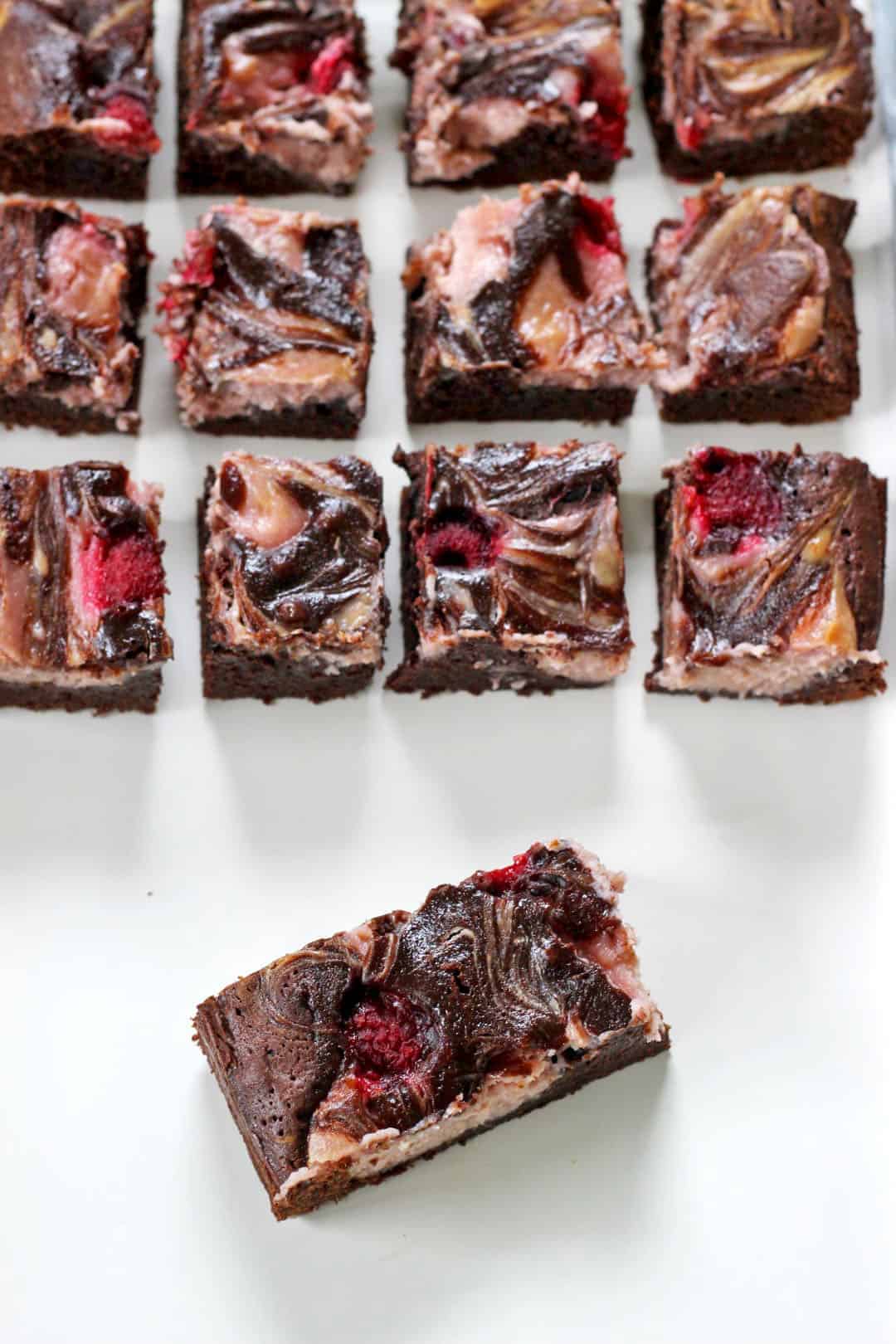 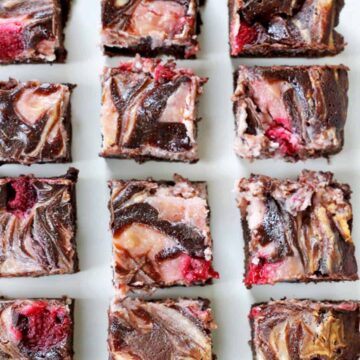 Cheesecake: In a separate bowl, or the bowl of a stand mixer cream the cream cheese, sugar and jam until pale pink and fluffy and until there are no lumps.