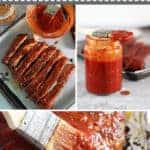 Oven baked BBQ pork ribs using my homemade dry rub recipe. They are slow cooked in the oven for 3 hours before being smothered in a made from scratch BBQ sauce, making them melt in your mouth delicious! 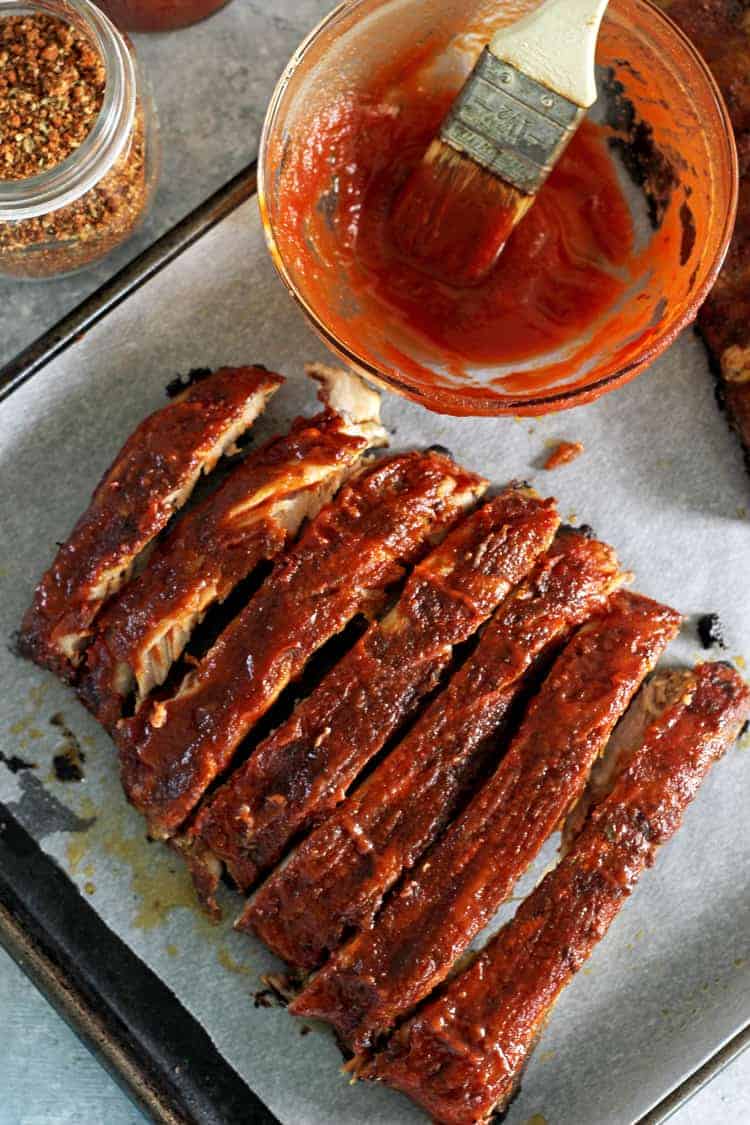 Remember how you were under strict instructions to make a batch of my homemade BBQ Spice Rub earlier in the week to prepare you for something epic? Well, the time has come, so if you missed the memo, RUN! Go and make the spice mix because you are not going to want to miss out on making these oven baked BBQ Pork Ribs today!

These are the ribs that I harped on about a few days ago. The ones that I had been making for almost a year before I really nailed the recipe. This is it. Because obviously I wouldn't let you make subpar ribs - Josh doesn't let me make subpar ribs! 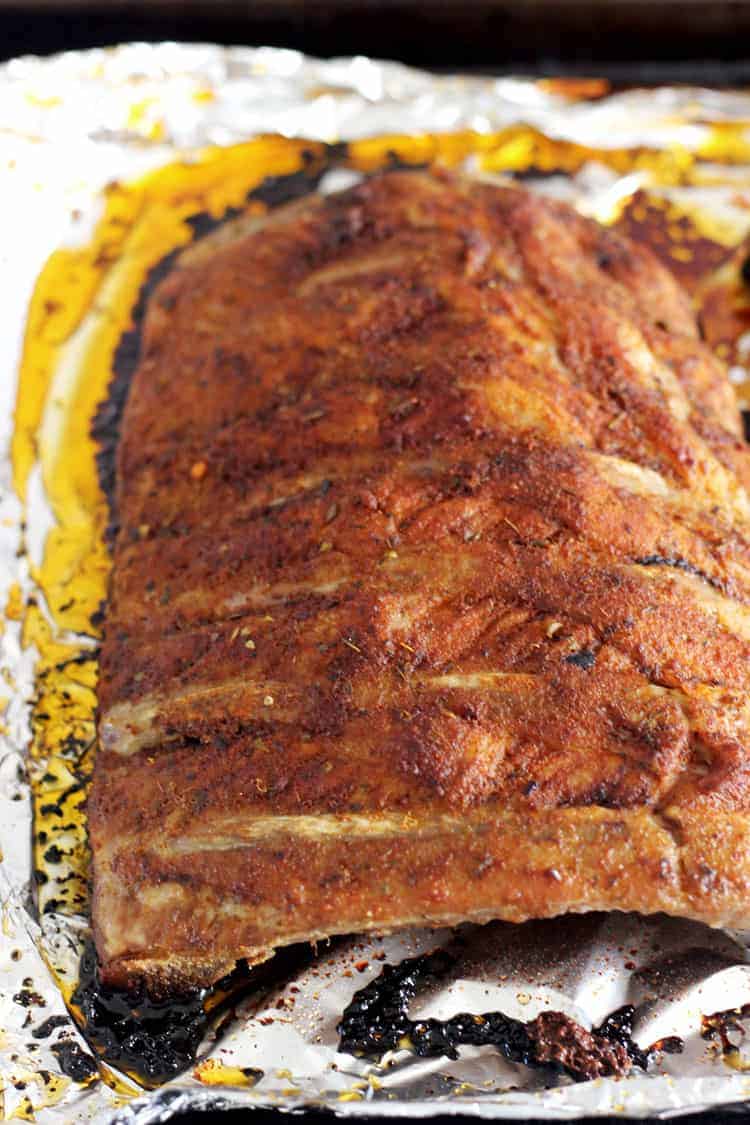 If you have a meat loving husband (or anyone in your life) be prepared to start making these ribs on the regular. If we weren't already married, I can guarantee these ribs are what would have sealed the deal! Josh requests ribs about once a week and obviously I go along with that because I love them just as much as he does.

Not only are these oven baked BBQ pork ribs completely delicious, they really are a breeze to make. For a meal that is so tasty and ribs that just melt in your mouth, there is surprisingly little effort involved.

Rub the ribs all over with your homemade BBQ spice rub and wrap the rib racks in tinfoil. You can also just cover the dish they are in with foil, but the key is having them covered. 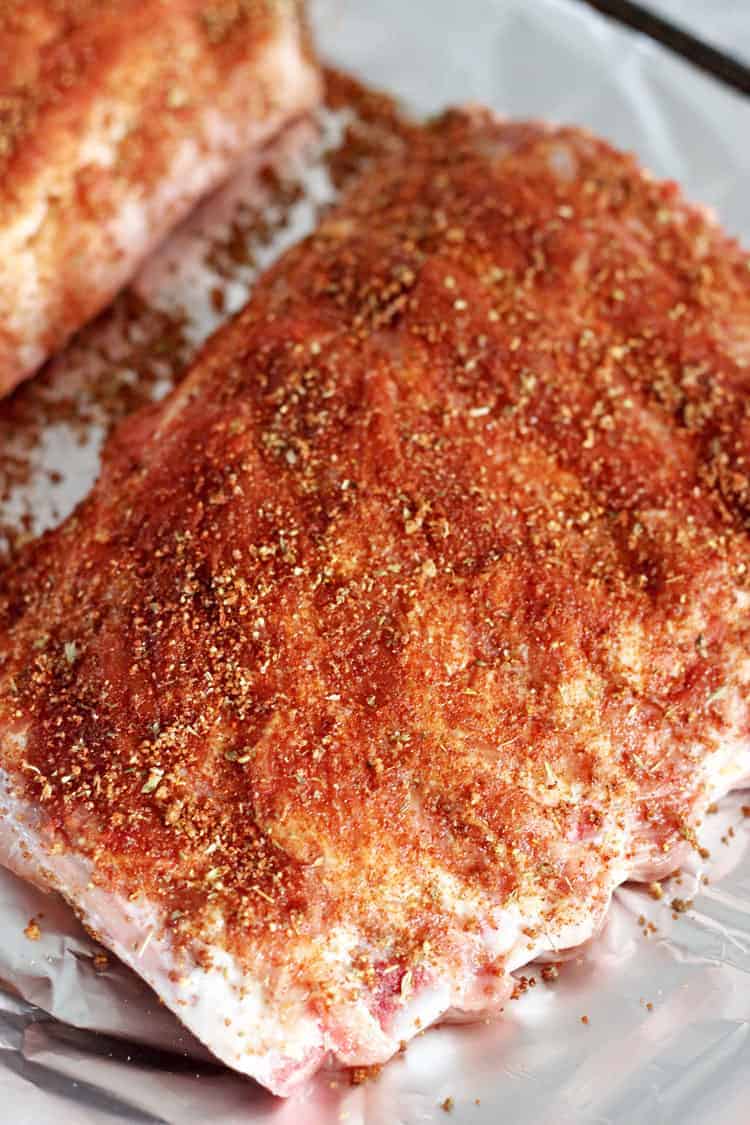 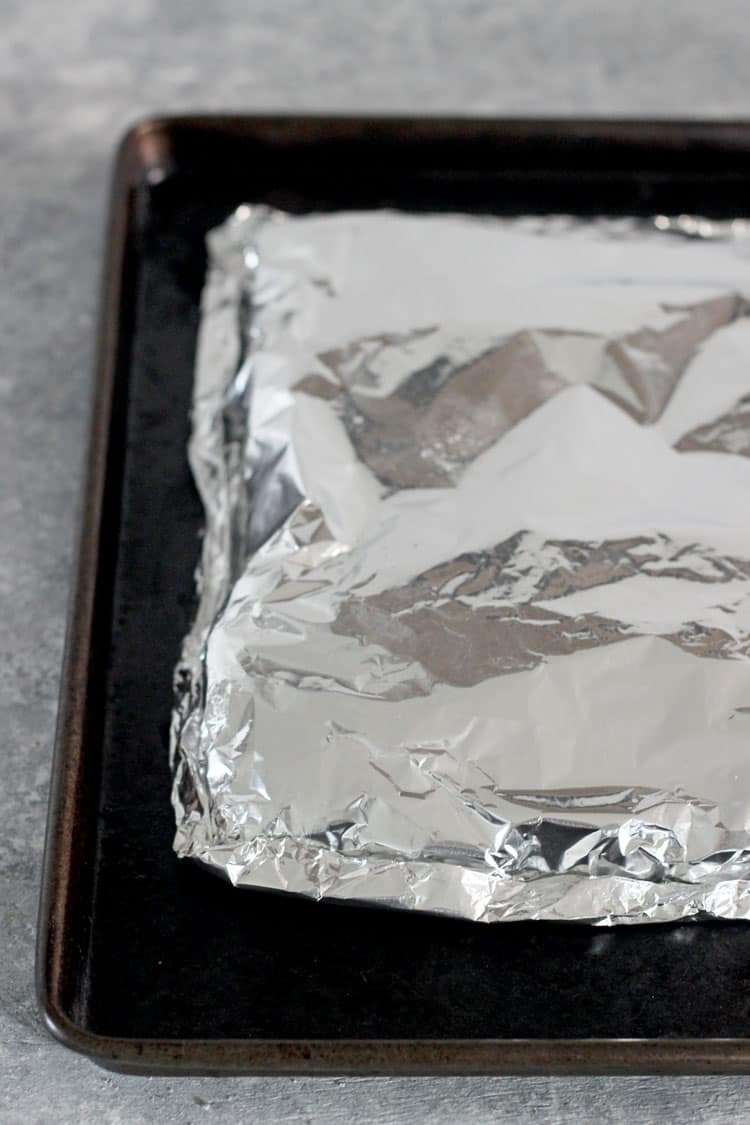 Cook low and slow - have the oven at 150°C and cook for 3 hours. Then about 15 minutes before you are ready to eat, unwrap the ribs (leave them sitting on the tinfoil) and use a pastry brush to either coat them in BBQ sauce or baste them with the juices from the pan before cooking them uncovered for another 15 minutes. 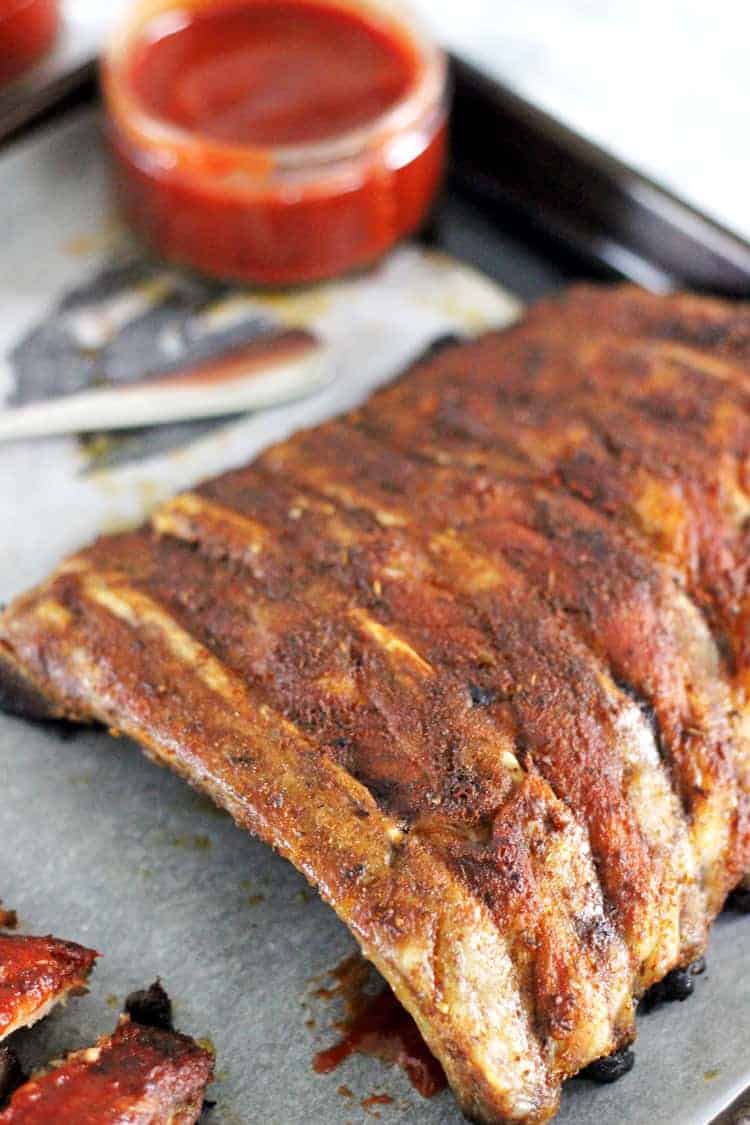 I usually cook 2 racks of ribs and do one BBQ and leave one without. I love them with BBQ sauce, Josh prefers the dry rub. This way, we both win! 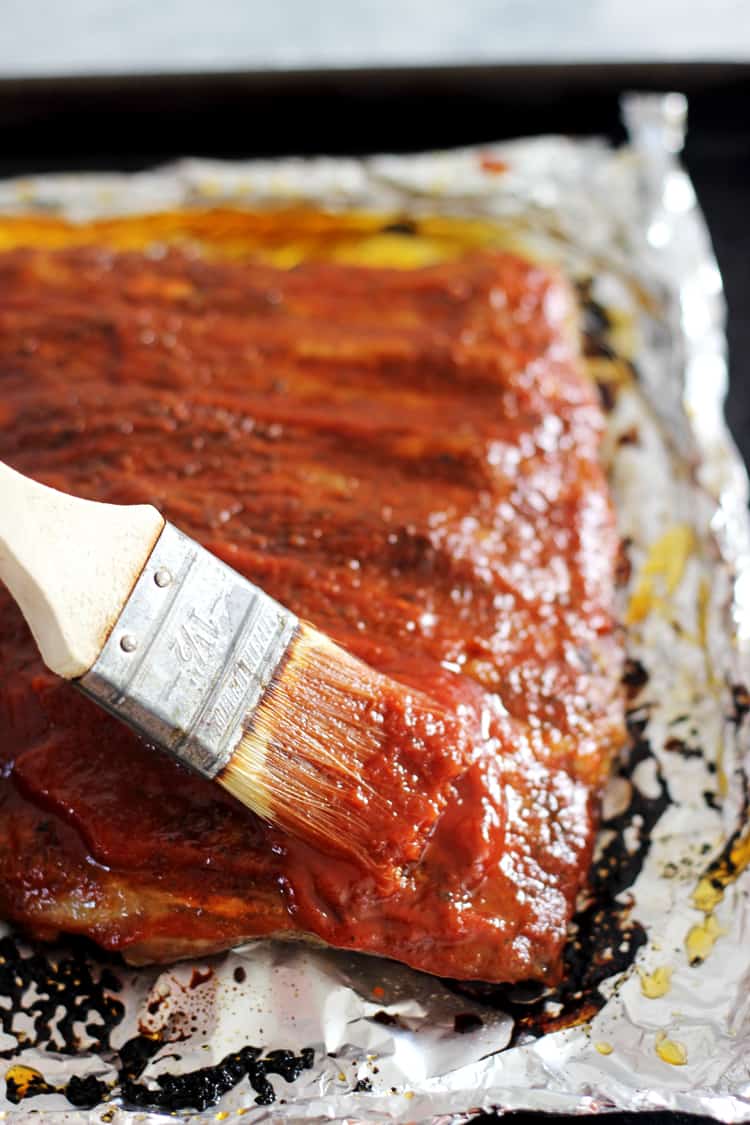 That's it! A huge 5 minutes of prep time and then let them do their thing in the oven until you're ready to eat!

That's what I call cooking!

You can brush the ribs with your favourite BBQ sauce, but I have included a recipe for the one I make. It only takes an extra 10 minutes and is well worth it! 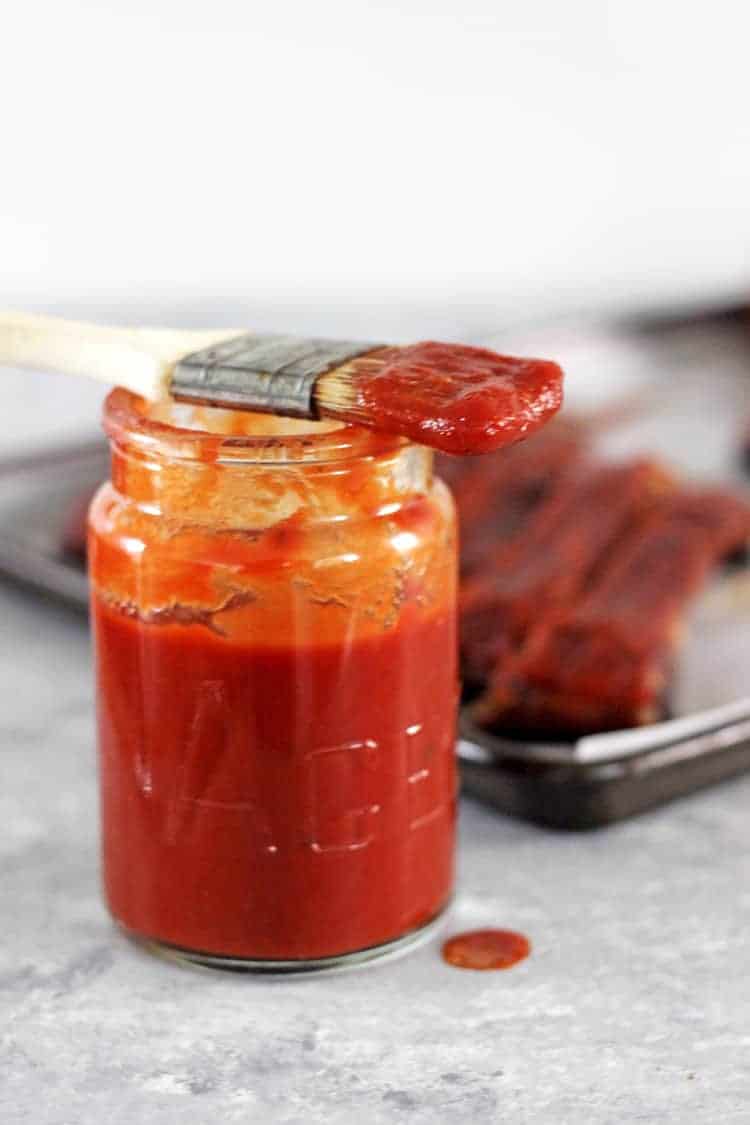 What to serve with this: 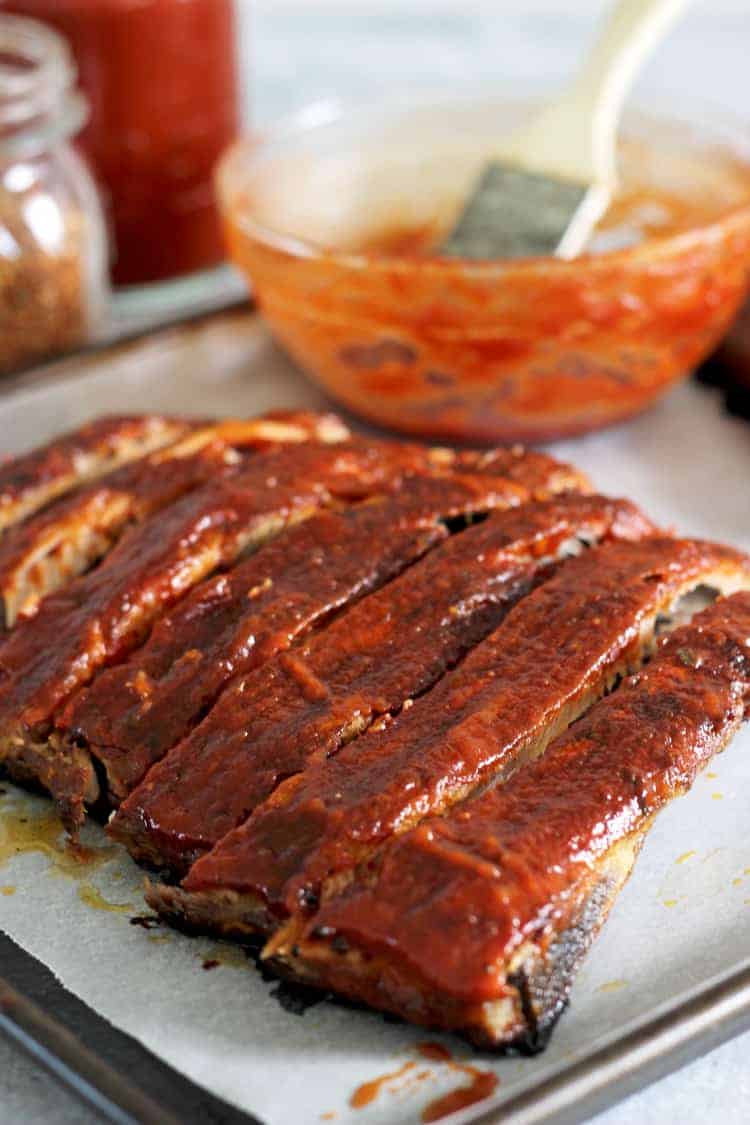 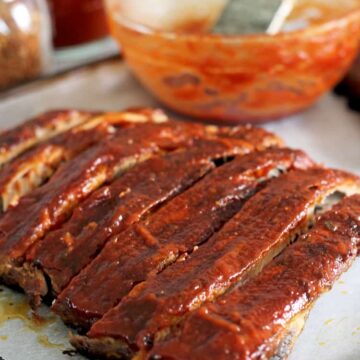 If you tried and loved this recipe, please leave a comment and a rating below!