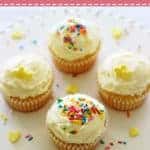 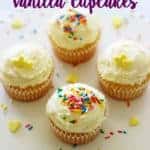 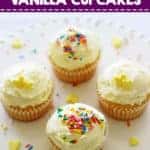 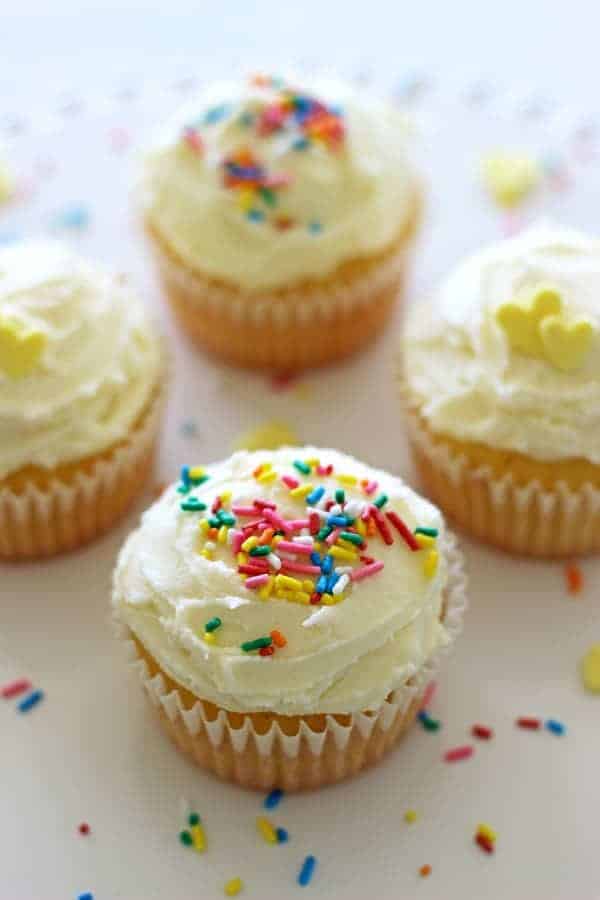 So guess what? It was our 1 year wedding anniversary over the weekend! Amazing! I can't believe this magical day was a whole year ago already. And what a year it has been! We obviously went to the Guns'n'Roses concert, because what better place for a pregnant woman and her best friend with a 10 week old baby (who didn't come to the concert BTW, but we did see 1 mumma rocking her bub in the front pack...parenting win!) to go on a Saturday night! Seemed like a great idea when we booked tickets 6 months ago!! Oh yea, our husbands did come too! But seriously, it was an epic concert - such a fun way to celebrate a year of marriage!

You know what else is a great way to celebrate an anniversary? Cupcakes! 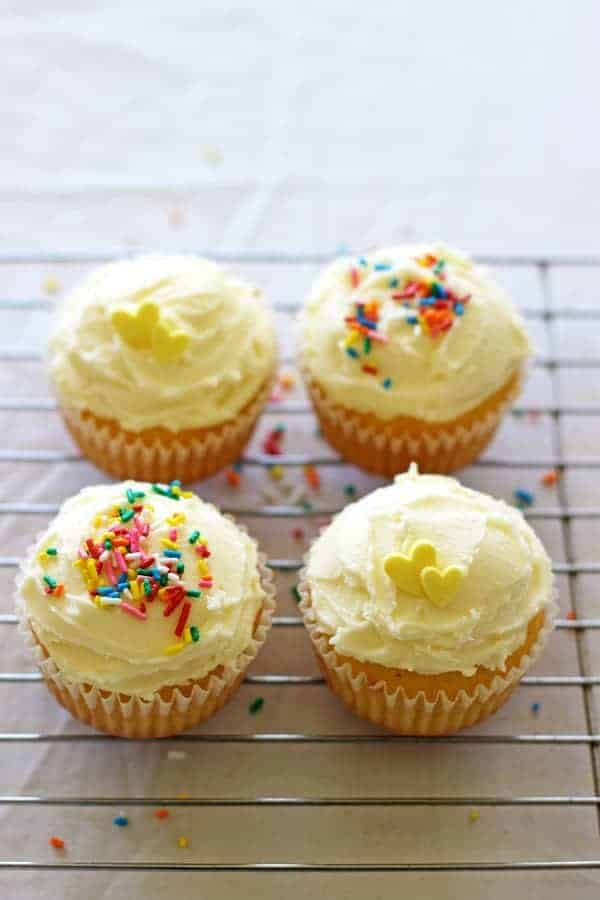 Remember last year how I decided on a weird, completely out of character note that I only wanted to make 4 chocolate cupcakes one day instead of 12? Yea, I'm still processing that too. But turns out you guys LOVED it! So much that it was one of the top 10 recipes on this whole entire website last year! Apparently sometimes, you want to satisfy that desire to make beautiful and delicious baked goods, juuuust satisfy your sweet tooth but not be a total pig about it, just like me!

So for times like this, we call upon the underrated and totally underused small batch recipe. And today, we are making small batch vanilla cupcakes! Because who doesn't love a perfectly buttery vanilla cupcake topped with frosting. Or 4. 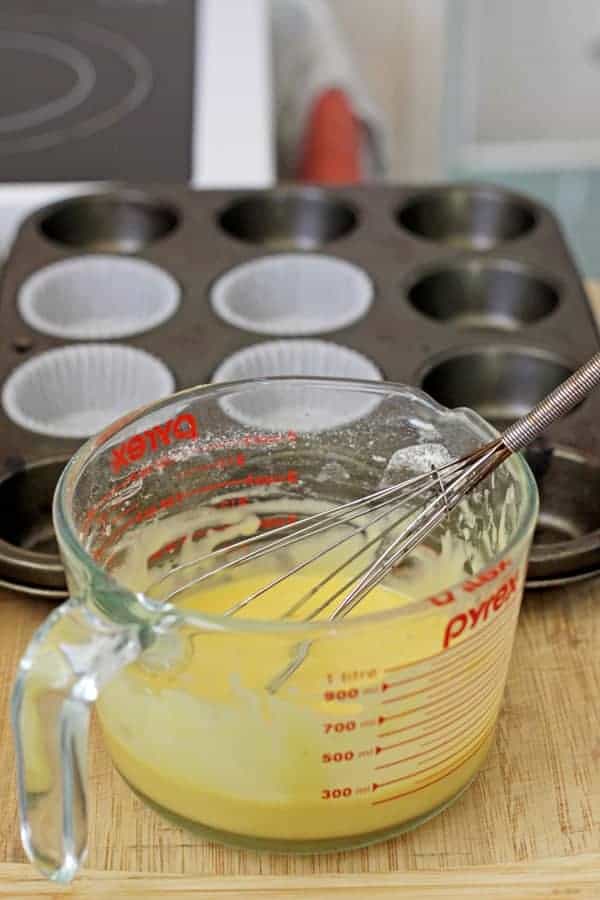 This recipe is an adaptation of my favourite vanilla cupcakes. When I scaled down the recipe for chocolate cupcakes, I used oil instead of butter as the chocolate flavours added enough extra to make up for it, but in anything vanilla, butter is key. As there is too little mixture to get the cake mixer out, I used melted butter so that they can just be whisked up together in a small bowl or jug. Simple, and they're in the oven in 10 minutes...promise! 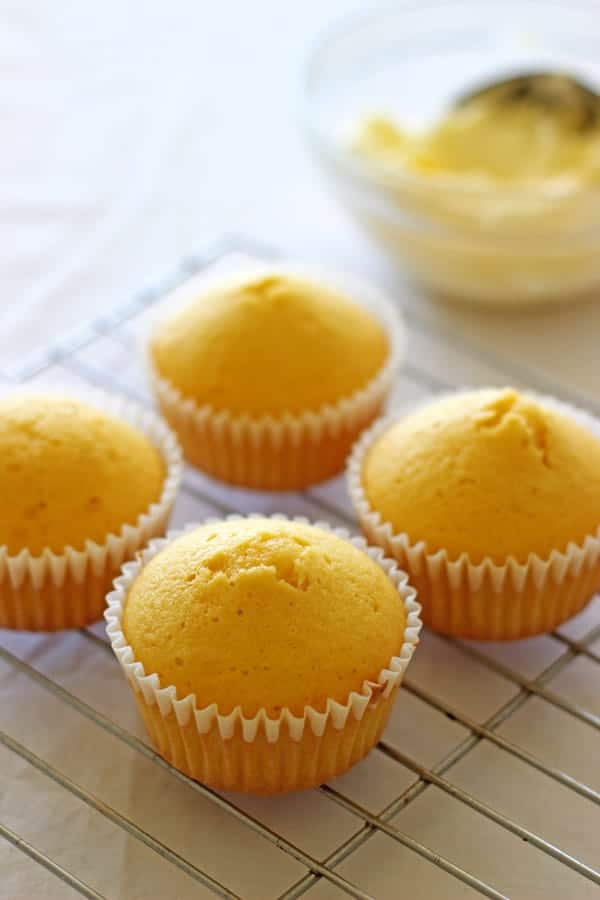 17 minutes later they are baked and all that's left is whip up a quick frosting - again, no need for a mixer and just spread it on. If you really feel like being fancy, go ahead and double the frosting recipe and use a piping bag to make them pretty, but if I'm only making 4 cupcakes, I tend to take the lazy option and just use a knife.

And obviously add sprinkles, because sprinkles make everything amazing! And maybe even the yellow hearts that topped the wedding cupcakes? Super spesh. 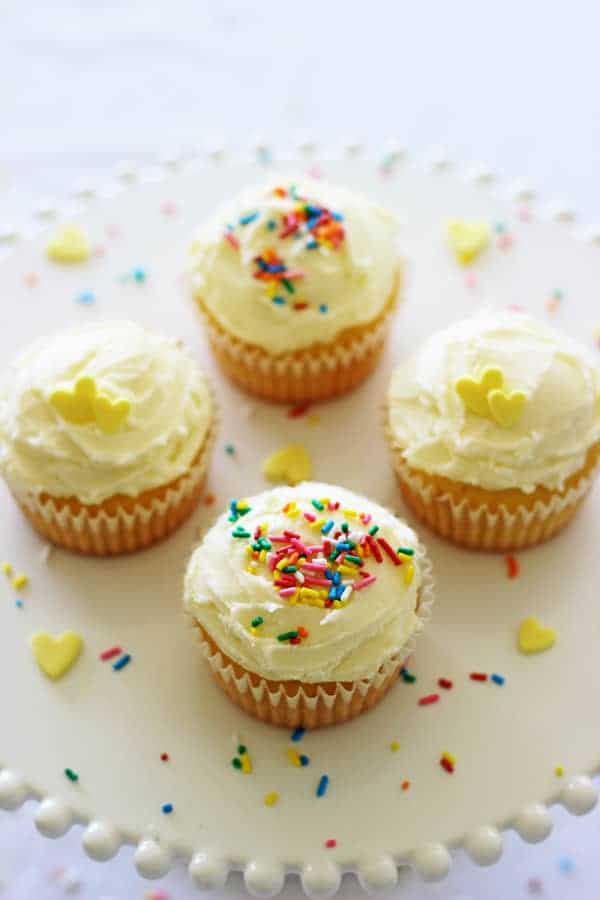 So while I'm on a roll with small batch recipes, what else do you want to see? Send me your favourite recipes that you want scaled down and I'll add them to my list! 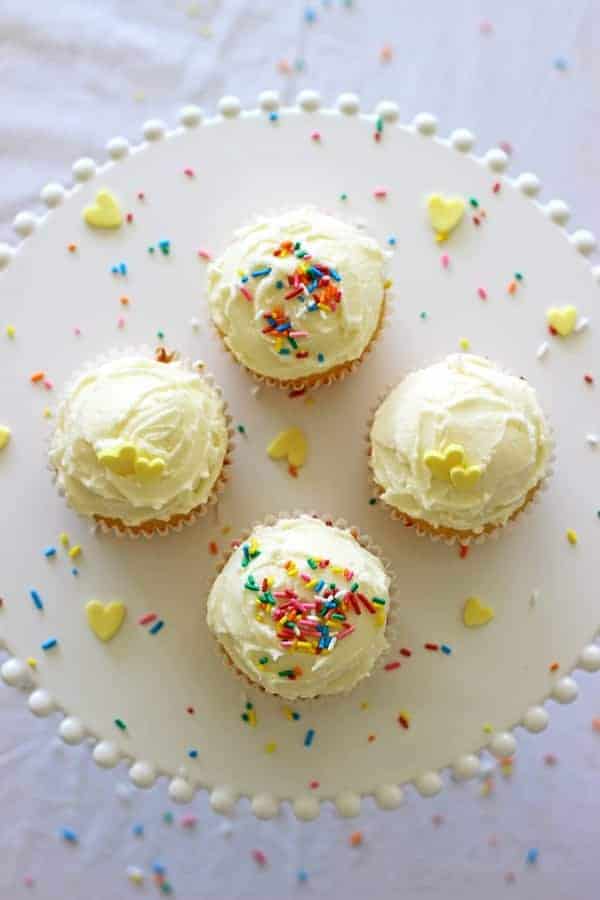 More cupcake recipes for you to try: 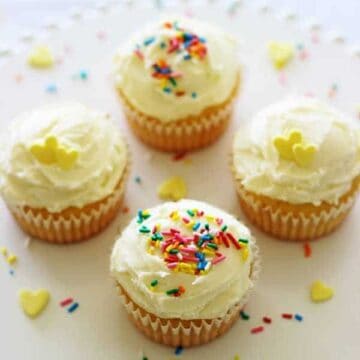