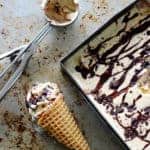 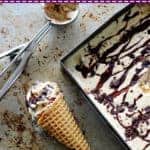 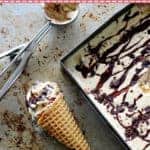 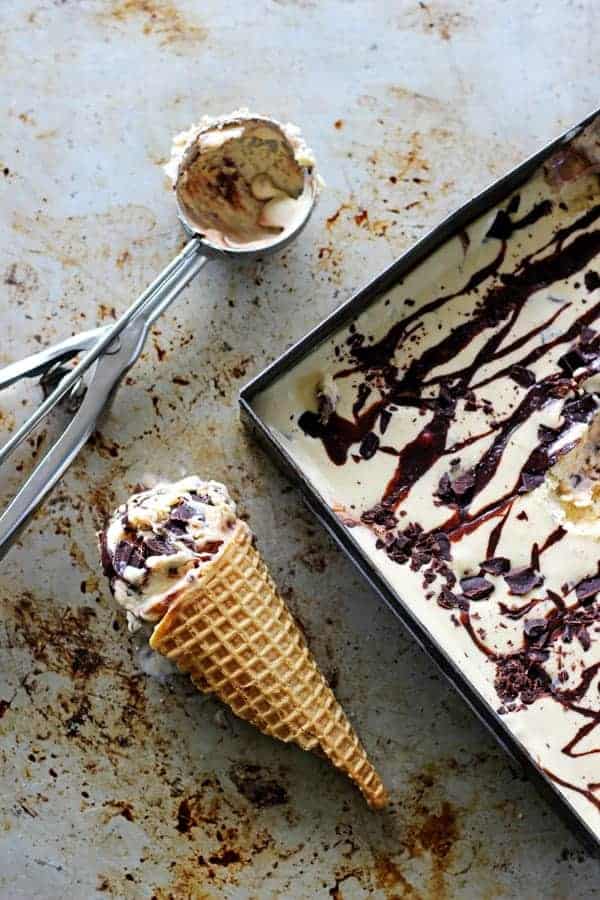 I know, I know it's winter. But really, are you sad about an exciting new ice-cream flavour in July? No, I didn't think so. We will not be those people who limit their ice-cream eating strictly to warm weather. Especially when it's No Churn Peanut Butter Ice Cream...with chocolate swirls! Plus, if you're in the Northern Hemisphere and it's actually summer this is totally appropriate and also I am insanely jealous right now.

Remember this easy peasy no churn vanilla ice cream from way back? It's just about the only ice-cream I make now, out of pure laziness more that anything. No separating eggs, no chilling the mixture, no churning! This is instant ice-cream - cream + condensed milk. Done. In the last year or so it's had a couple of make overs - a mint version and a gingerbread version for Christmas, but I think no churn peanut butter ice cream is my favourite so far. I'm open to suggestions for other flavour combos though...maybe something boozy? 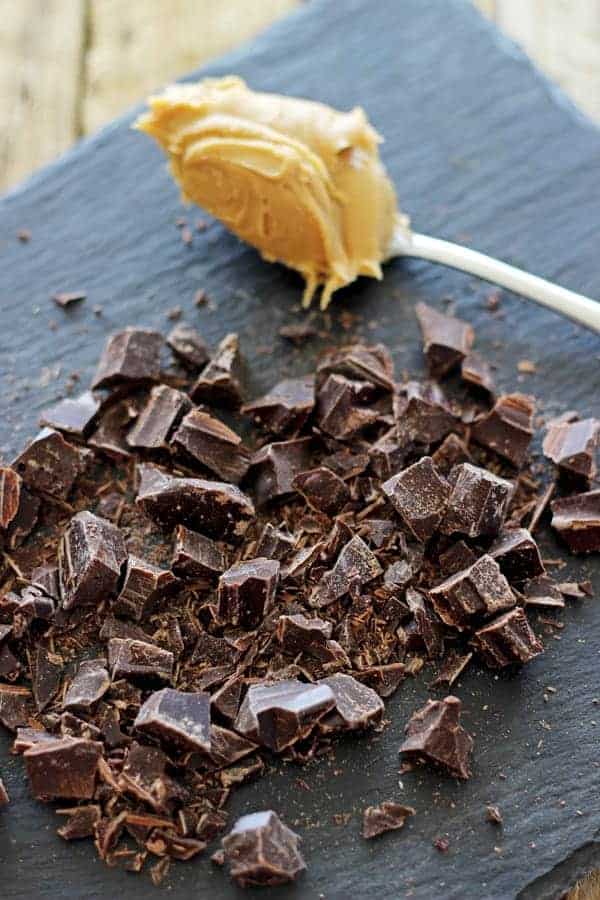 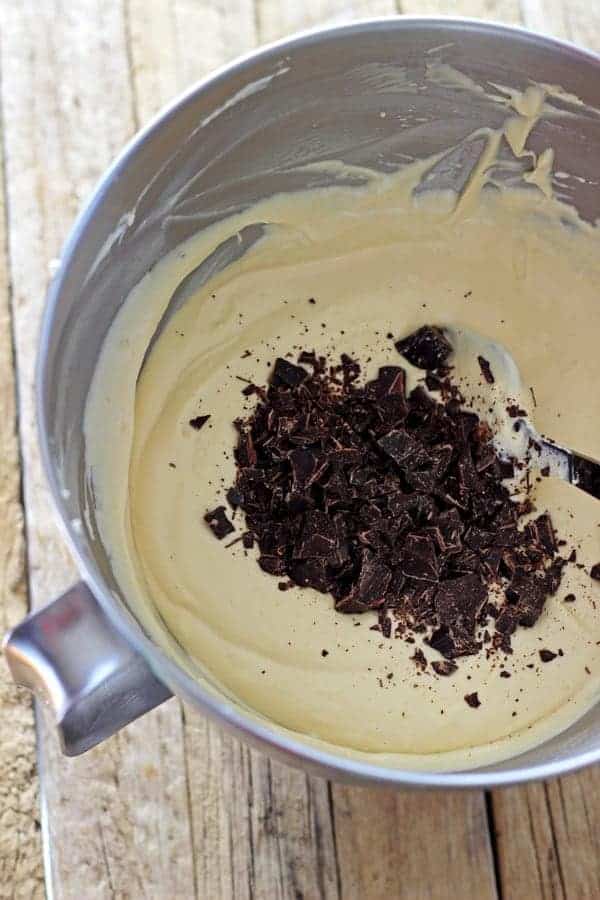 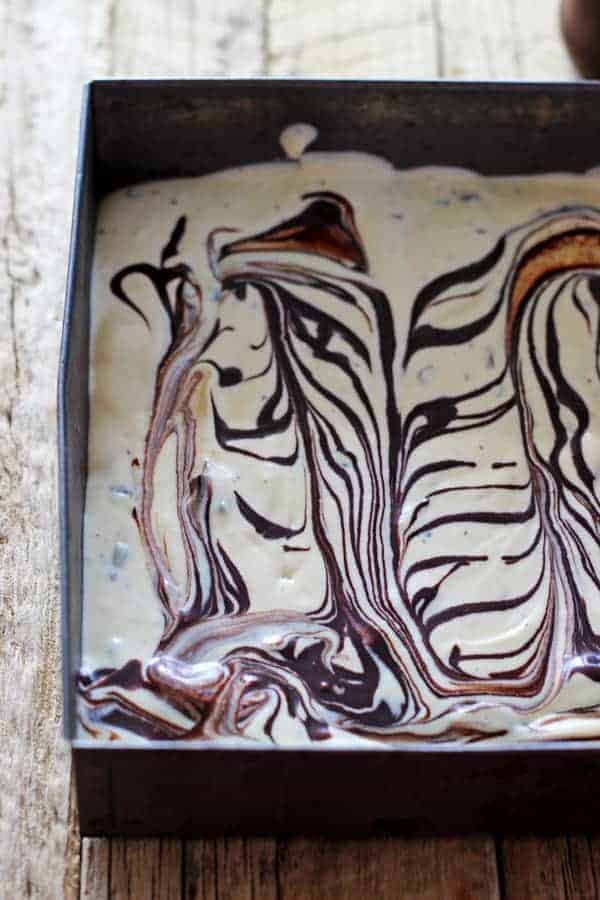 All you need to do is add the condensed milk, cream and peanut butter to the bowl of a stand mixer, or use a hand mixer and whip for about 5 minutes, until the texture is whipped and smooth and then stir through a big old pile of dark chocolate chunks. Pour half of the ice-cream mixture into the container you will freeze it in, swirl through half the chocolate sauce, top with the remaining ice-cream, sauce & sprinkle with extra chocolate and freeze for at least 4 hours, or overnight. 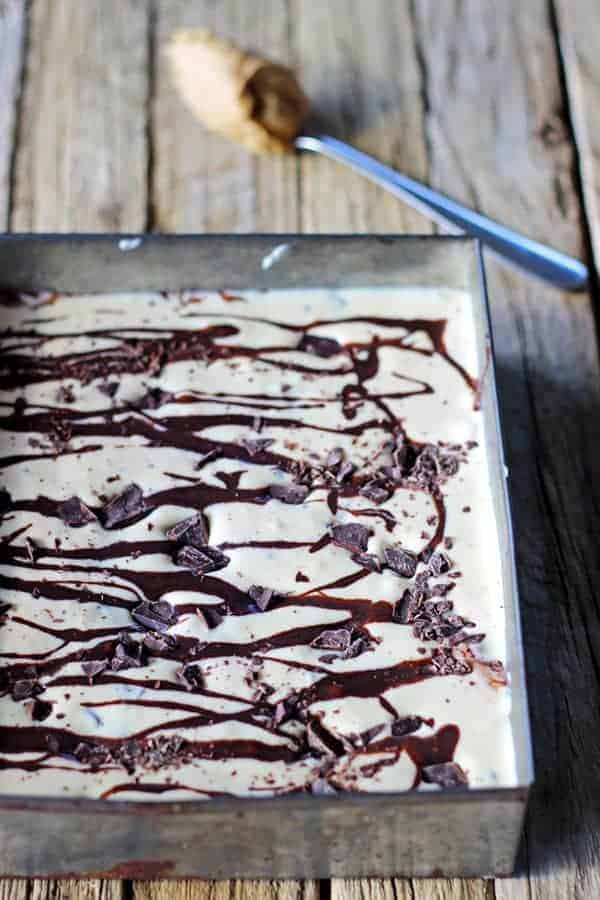 The only problem I have with this no churn peanut butter ice cream is that Josh is such a peanut butter purist that he won't touch anything that involves peanut butter in anyway other than it's original form. Which means I have to eat all the ice cream by myself. Oh well! 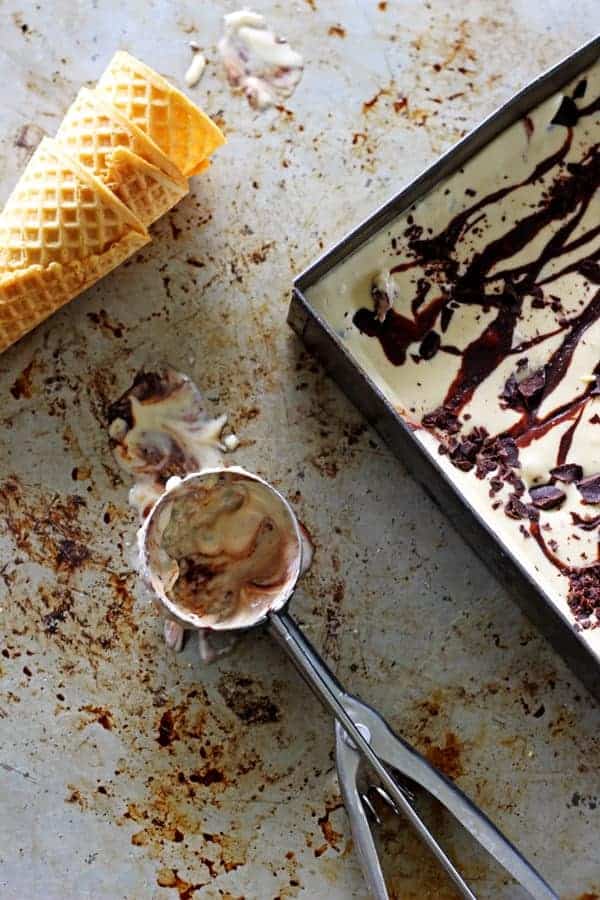 Find your stretchy pants, put on a good movie and sit on the couch and eat this ice-cream. Eat all of it. It's winter. Who cares?! 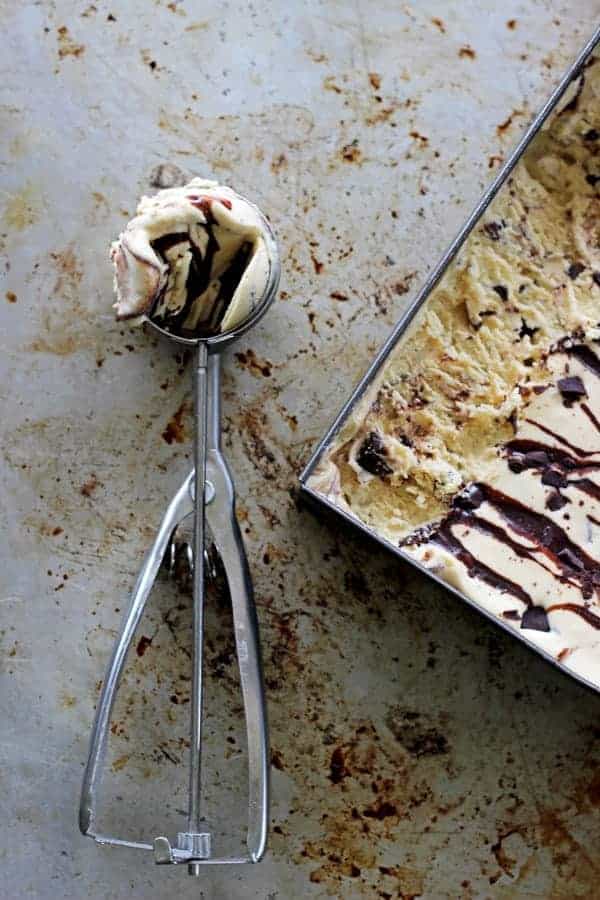 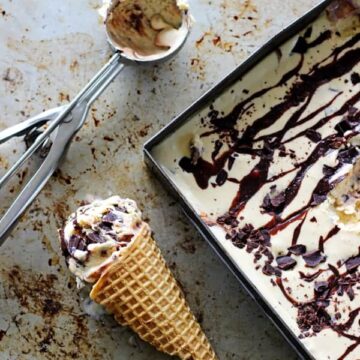