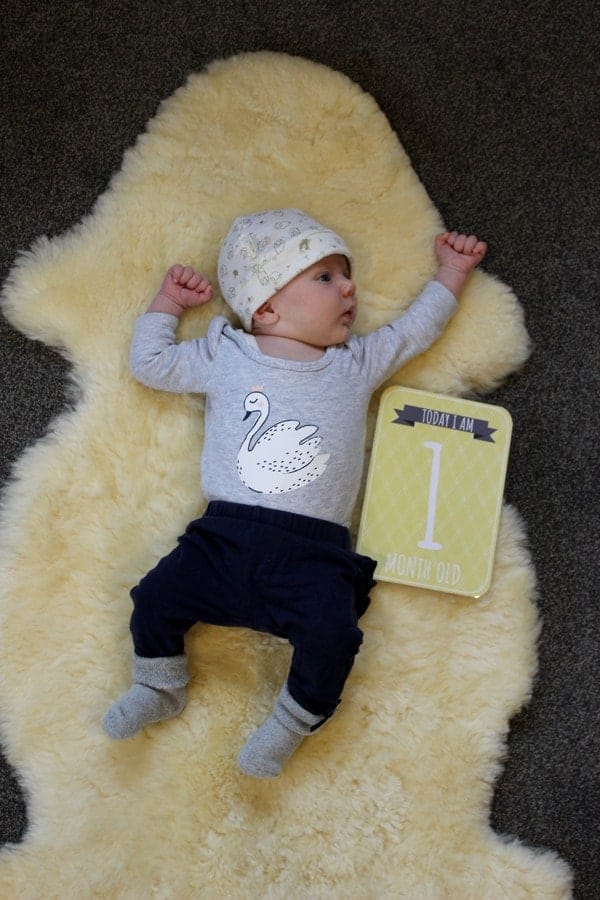 The first few days (and looking back now, weeks) of parenthood were a bit of a blur really! After Sadie's speedy arrival (I'll tell you all about that one day) everything was suddenly happening...after 9 months of waiting, we had a baby! Not that I think having a longer labour would have made that any different.

We had a couple of hours at the hospital where she was born before transferring to the birthing centre for 3 nights which was great. Midwives on call 24 hours to answer any questions at all and constantly being fed! It was like being in a hotel, except that we also had a tiny baby that we needed to take care of. We had a huge number of visitors which was great while we were in town - it saved everyone the trek out to see us!

Nothing though could have prepared us for how completely overwhelming those first few days would be. If I though pregnancy hormones were crazy, they were nothing compared to post-birth hormones. It's not even an exaggeration that I actually cried more than Sadie that first week. She was a dream, I was a mess! Not that I was remotely sad at all, I just couldn't help it...poor Josh must have felt like he had 2 babies!

Speaking of Josh, you know when you just know that someone is amazing, but then they completely blow you away even more? This is exactly what happened the minute Josh became a dad. He took to it in the most incredible way possible and became the best dad immediately. He got completely thrown in the deep end and had to dress Sadie for the first time while the midwife was taking care of me, and he nailed it! Sure the adorable but entirely impractical onesie that we first time parents stupidly chose with about 6000 domes on it wasn't buttoned up in the right places, and the pants and hat were way too big on her but he did it! Once we were at the birthing centre he was all over the nappy changes, asking the midwives all the right questions and was super helpful when it came to helping us figure out breastfeeding. It was just looking at him holding her that was my first undoing - I always wondered how I could possibly love somebody else as much as Josh and then seeing my 2 favourite people together just got me. It still does! 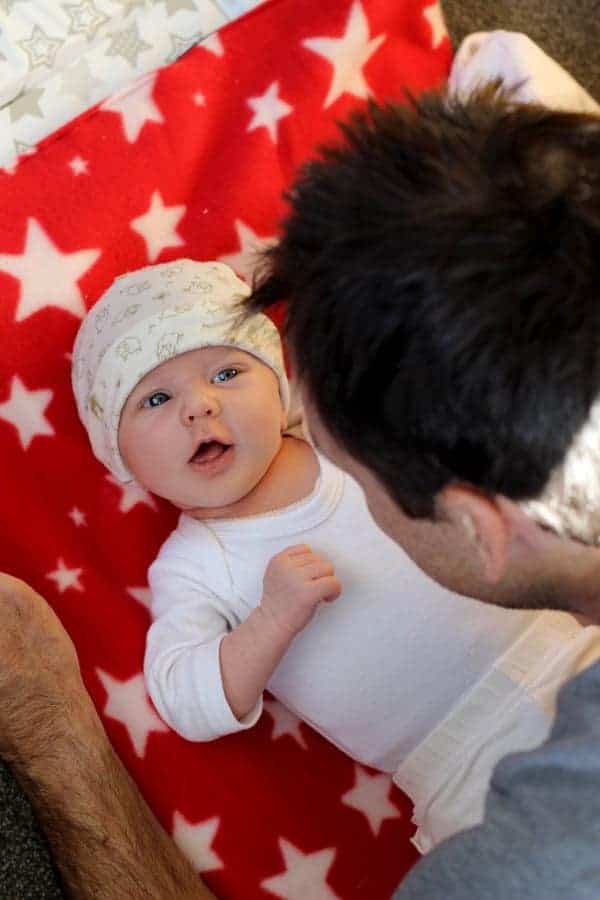 Although we weren't having to do much of anything in those first few days, they were absolutely exhausting. I didn't sleep at all the first night - I think it was a combination of the adrenaline and checking every 5 seconds to make sure Sadie was breathing - and then the constant stream of visitors (including 3 of her great grandmothers!) but it was a magical time. 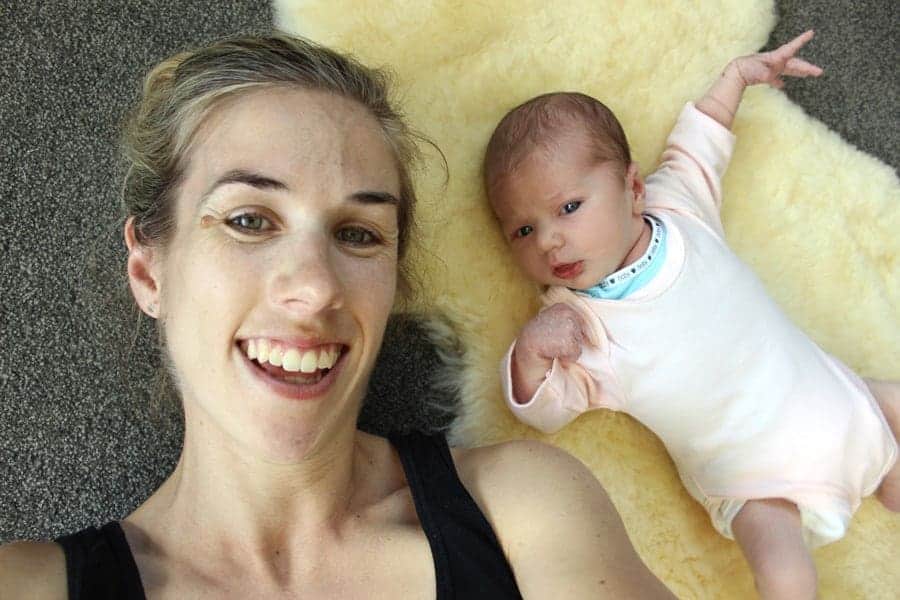 We had a bit of a rough night the first night we were home - my milk had just come in and Sadie was taking so much on board that she was then just chucking it all back up. She wasn't unhappy at all, just drinking a lot! Add in that this all happened between midnight and 3am and again with the tears (me, not Sadie) and general feelings of being overwhelmed, 2 complete outfit changes for me and Sadie and we were all feeling pretty shattered the next day. After that though she was a dream, especially at night, sleeping for 3 or 4 hour stretches which made the world of difference to all of us. 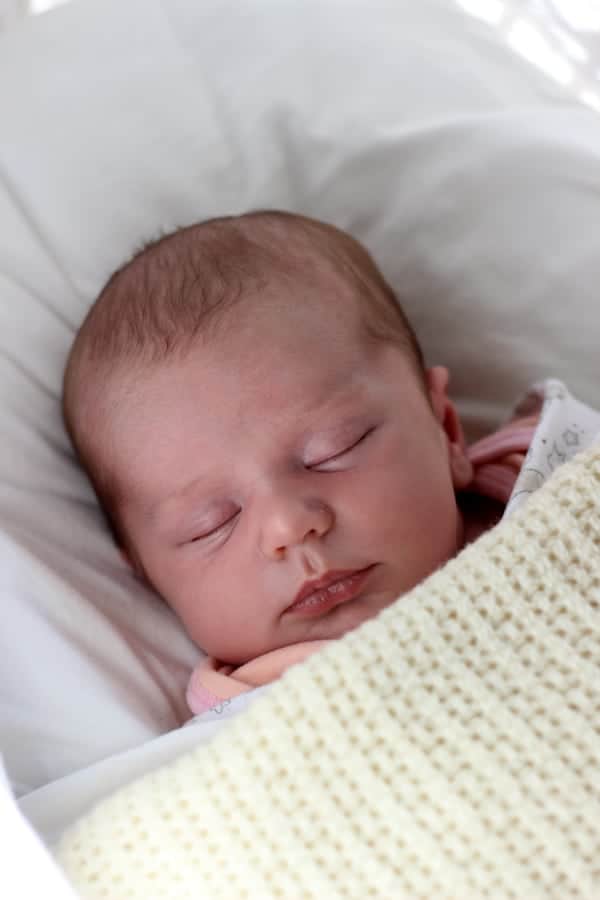 We eventually got into the swing of things - by the end of the second week Josh was back at work, Sadie was still being super chilled and I was starting to figure out this mum thing! We even managed to make it to our niece Teagan's 1st birthday party and the following week I started putting Sadie in a sling and going for walks. We only made it 5 minutes the first day (that was enough for me!) but it did the world of good to get outside and have some fresh air! I even managed to bake cookies which felt like a huge win. 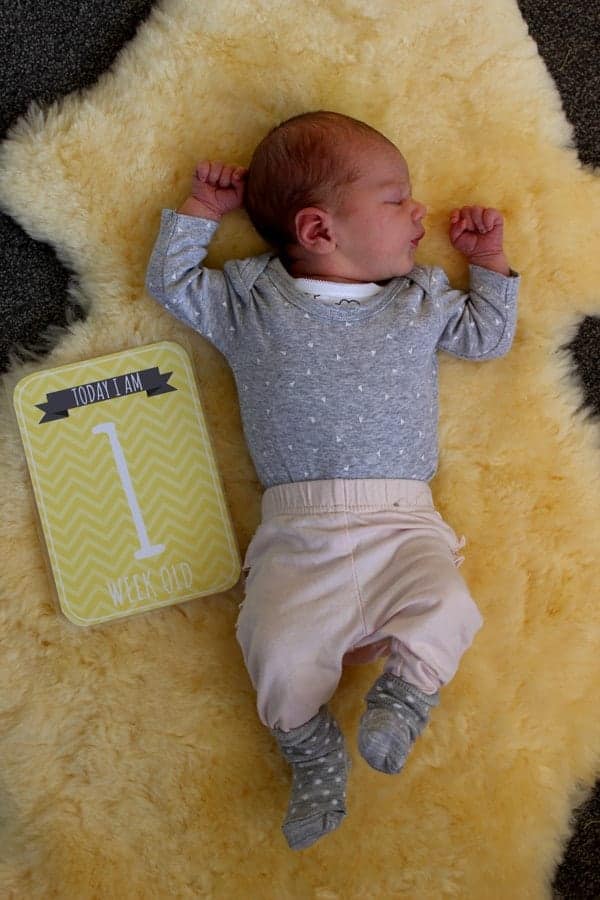 The next couple of weeks was mostly us adjusting into life at home with a baby, more visitors and getting into a bit of a routine....for me more than Sadie! Figuring out when I could squeeze in a shower, eating and doing some of the hundreds of loads of washing that we suddenly had, in between her needing my attention. And introducing her to Sage who is super curious about this little one and the funny noises she makes! 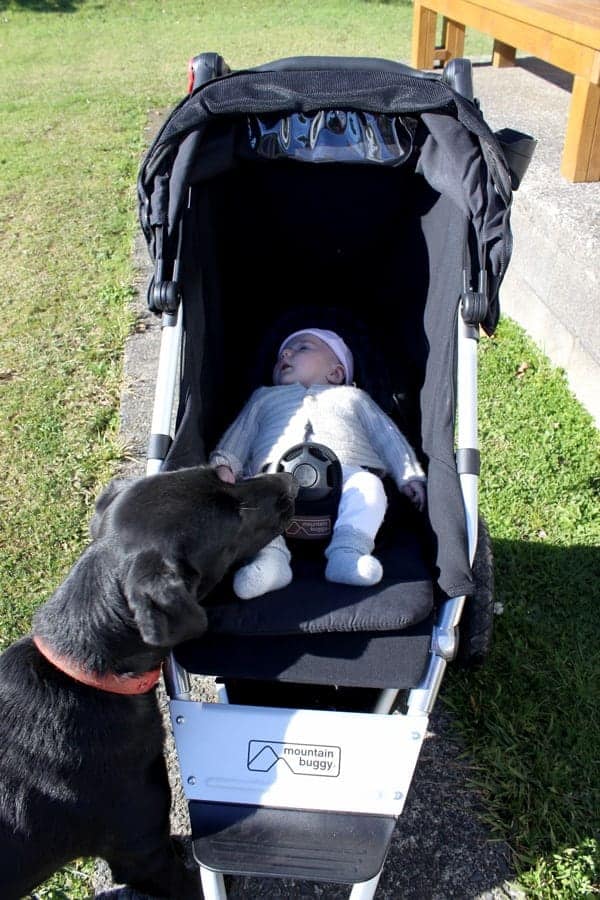 So far we know that Sadie loves having nappy free time, she doesn't like burping, she gets the hiccups all the time, is adorable when she sneezes and has a talent for knowing exactly when we are sitting down to eat our dinner and needing to be fed right then and there. Also, her feet are about the most adorable thing I've ever seen in my life. 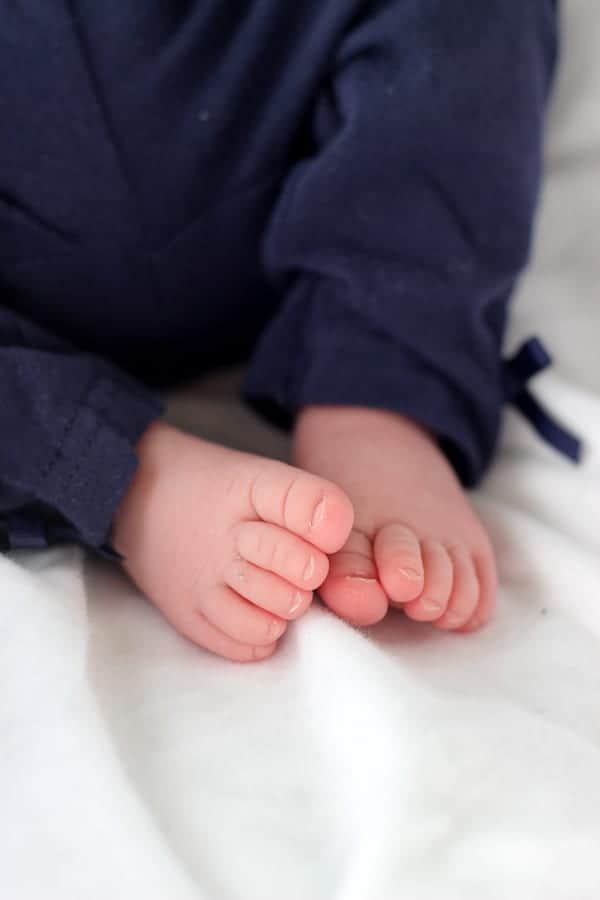 Even though it has only been a few weeks, Sadie has just slotted right into our lives and it's already hard to imagine life without our happy baby girl in it! 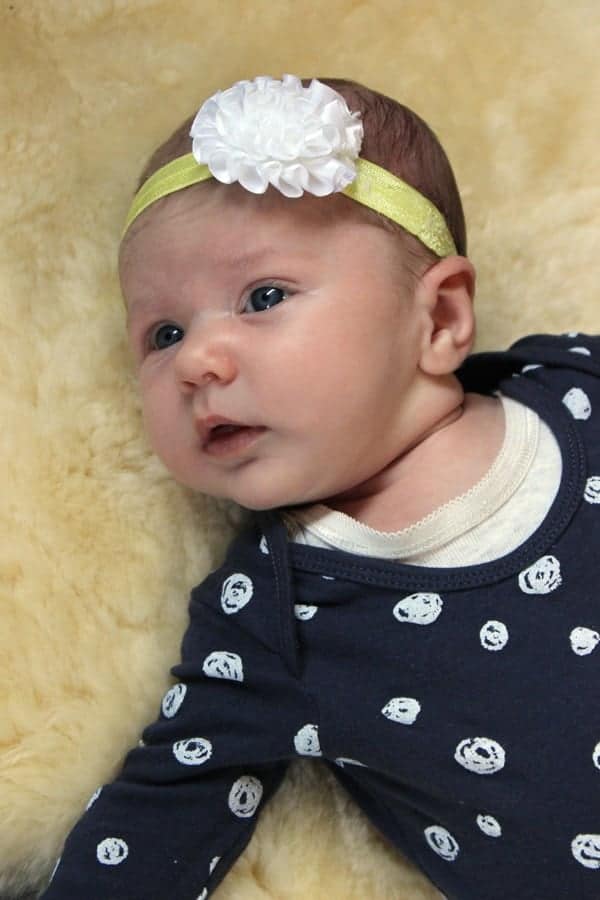