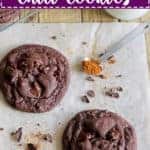 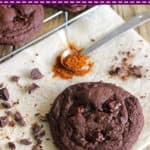 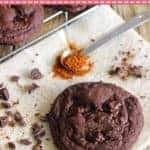 These Chocolate Chili Cookies are a twist on a classic. Soft and chewy chocolate cookies with a hint of chili and cinnamon plus chili chocolate chunks! 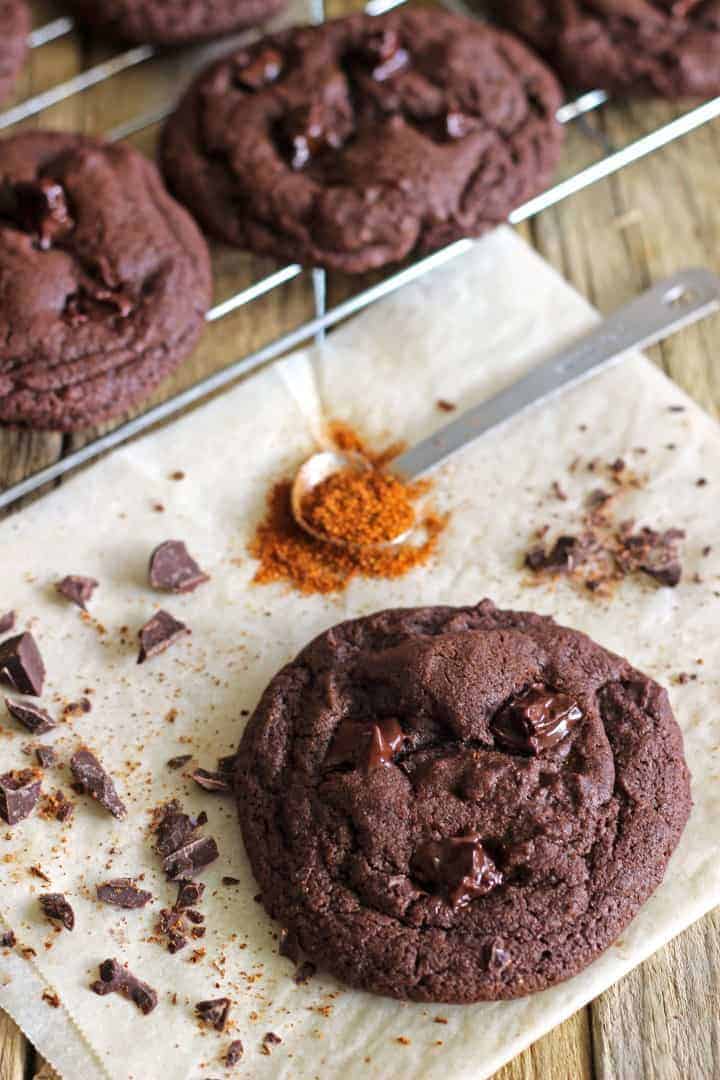 Does it seem a little weird to you that the girl who puts the teeniest amount of chili powder in enchilada sauce is suddenly adding chili powder to cookies?? Yea, me too. But I've become a bit obsessed with spices lately. Not just any old spices but the warm autumny kind of spices that make you feel all cosy inside...you know, chai things, chili things, cinnamon everything.

The killer blow was when I got into a conversation with my workmate (the one who I am blaming 100% for my current chai latte addiction) about the combination of chili and chocolate. I haven't been able to get it out of my head since! And then a block of  Whittaker's Kaitaia Fire Chili Spice chocolate just happened to jump into my trolley at the supermarket.

Chocolate chili cookies were going to be a thing.

Poor Josh. When I told him that I was making chocolate chili cookies he pretty much did a double take. That guy is a farmer through and through. Don't be messing with his food by spicing it up. So when I was testing these cookies I made plain chocolate cookies to get the texture right and then made them with the spices. He like the plain ones. Duh. Which was awesome. Lots for me and my work taste-testers! In his defence Josh did try them, but he thought they were weird. High praise.

At least everyone else thought they were awesome...so....you know. 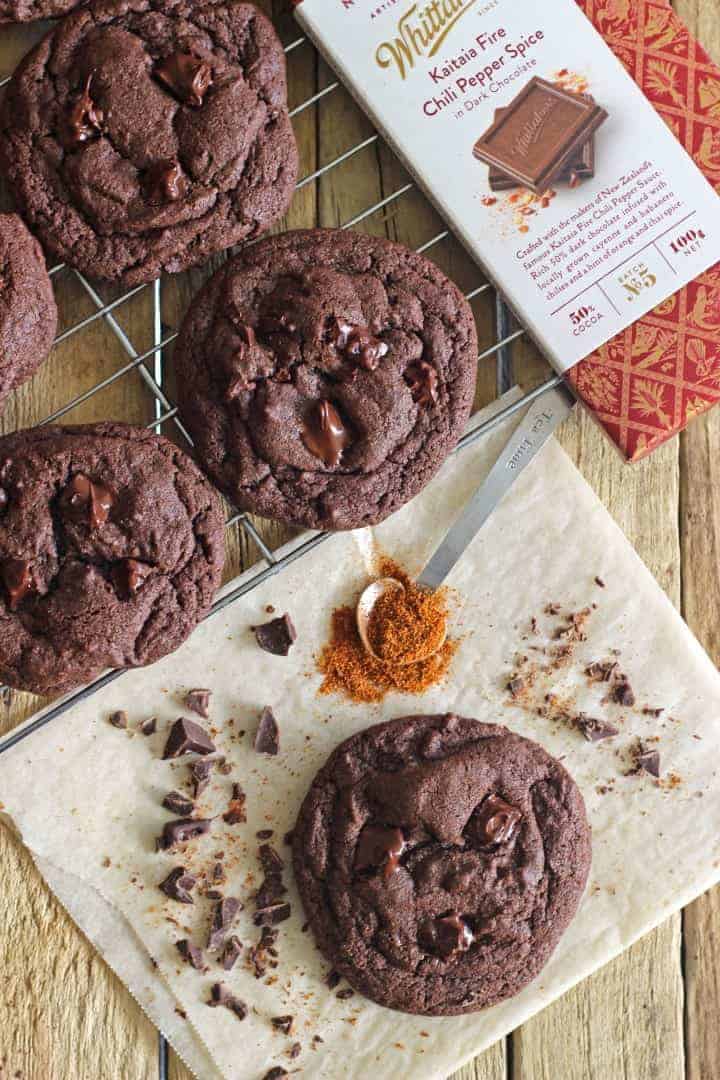 The hardest part about making these cookies was the process of actually getting the chocolate into the cookie dough. That chocolate - it is out of this world good. It's made by my FAVOURITE chocolate makers, Whittaker's and is one of their artisan flavours...my other favourite is the sea salt & caramel...yuuuum! Also, probably worth noting, this is not a sponsored post, I am just a huge Whittaker's fangirl. It's the best quality chocolate, the best tasting and it's made in New Zealand...yay! Plus they just keep coming out with fancy new flavour combinations...it's hard work but I guess I'll try them all! 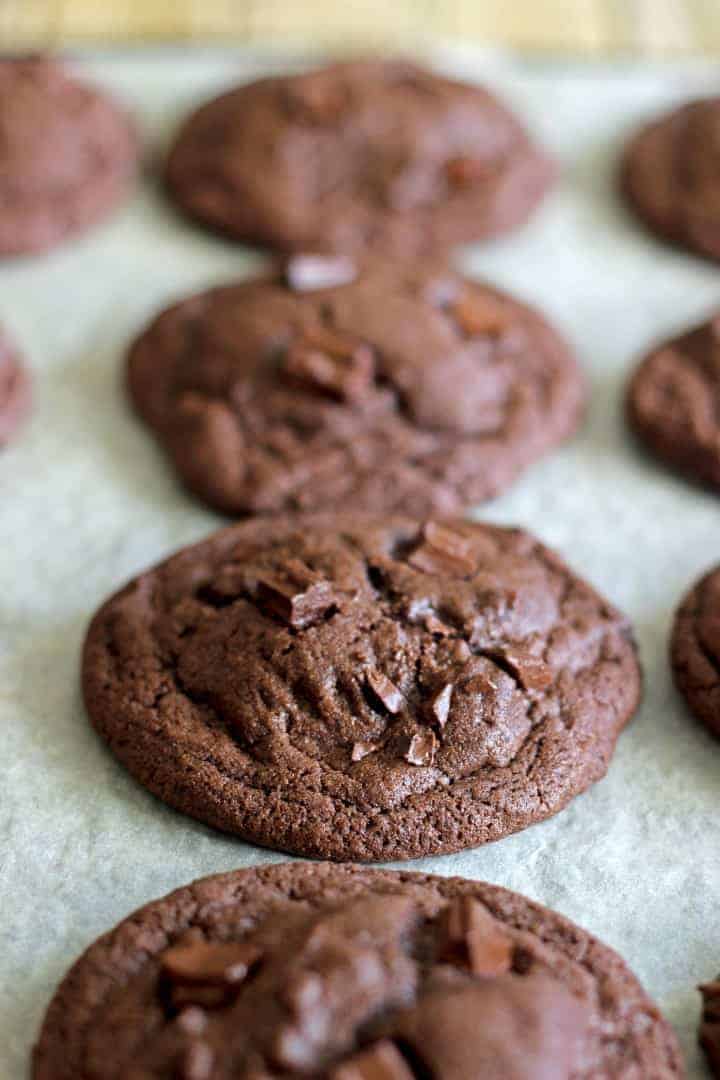 The cookies themselves are also amazing. They are soft, chewy and super chocolatey. I made mine huge - you could probably get 16 cookies out of the dough but I was feeling like jumbo cookies, so I made 12. The key when baking them is to pull them out early - just as they have set. They will still be puffed up and when they come out of the oven they will collapse a little, leaving you with that beautiful crinkly top.

They have double the spice - first there is chili powder and cinnamon and of course, the chili chocolate chunks meaning these cookies pack a real flavour punch. They're such a welcome change from plain old chocolate cookies. 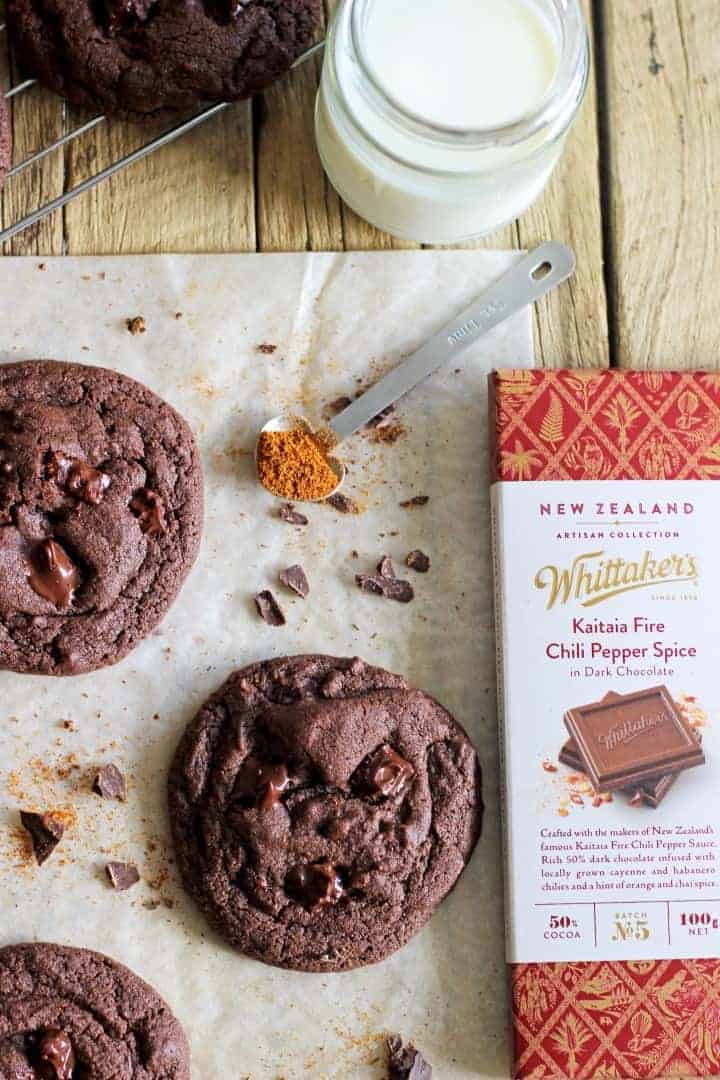 But before you start being worried that these cookies will leave your mouth on fire, remember you're talking to the world's biggest wimp when it comes to spicy things. There is just enough subtle spice to make the cookies taste incredible and leave a little heat at the end. I also noticed, the kick actually got higher the longer the cookies kept. By day 3 they were definitely hotter so make sure you have a glass of milk handy! 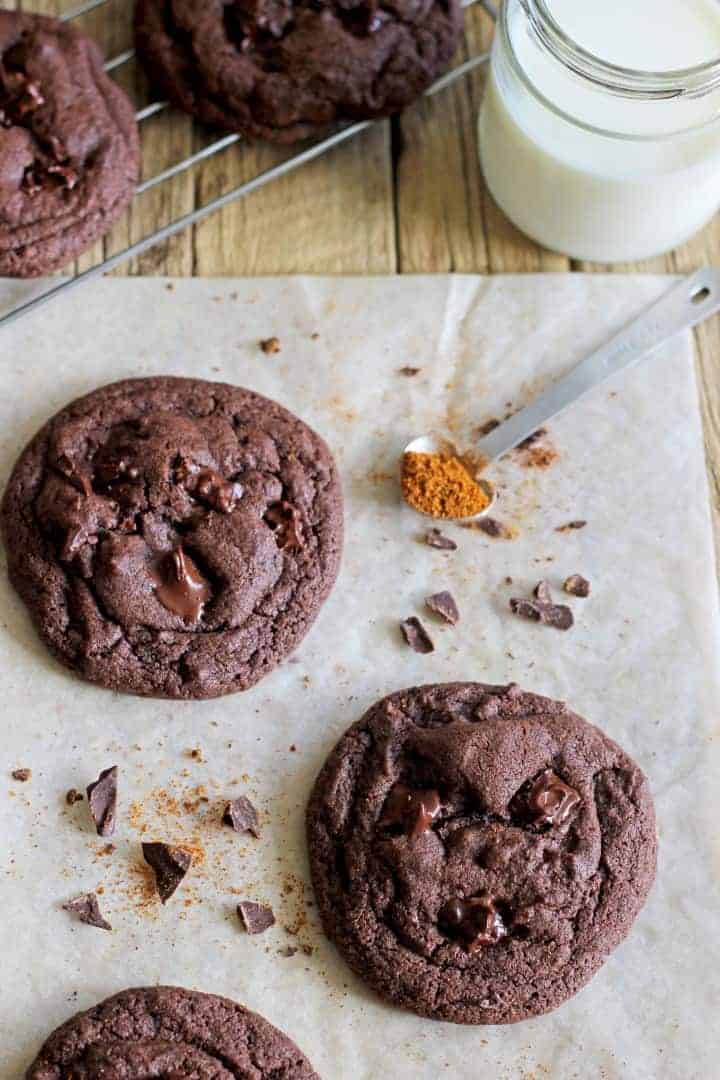 I'm putting it out there. I think these might actually be the BEST cookies I've ever made. I mean, I will always love chocolate chunk cookies, anything involving copious amounts of sprinkles and duh, homemade oreos, but we have gone next level with these cookies. They're basically chocolate cookies for grown ups.

Except without alcohol...which, now I want to add something alcoholic...is that ok?

Maybe they need to be eaten with Bailey's, not milk! 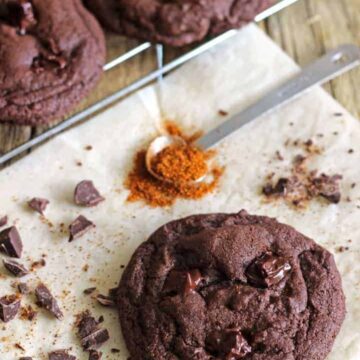