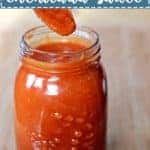 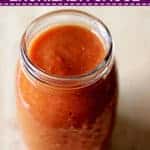 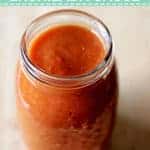 This homemade Enchilada Sauce makes dinner time a breeze! Made in the blender, in 5 minutes, it's almost as quick as opening a jar of sauce! 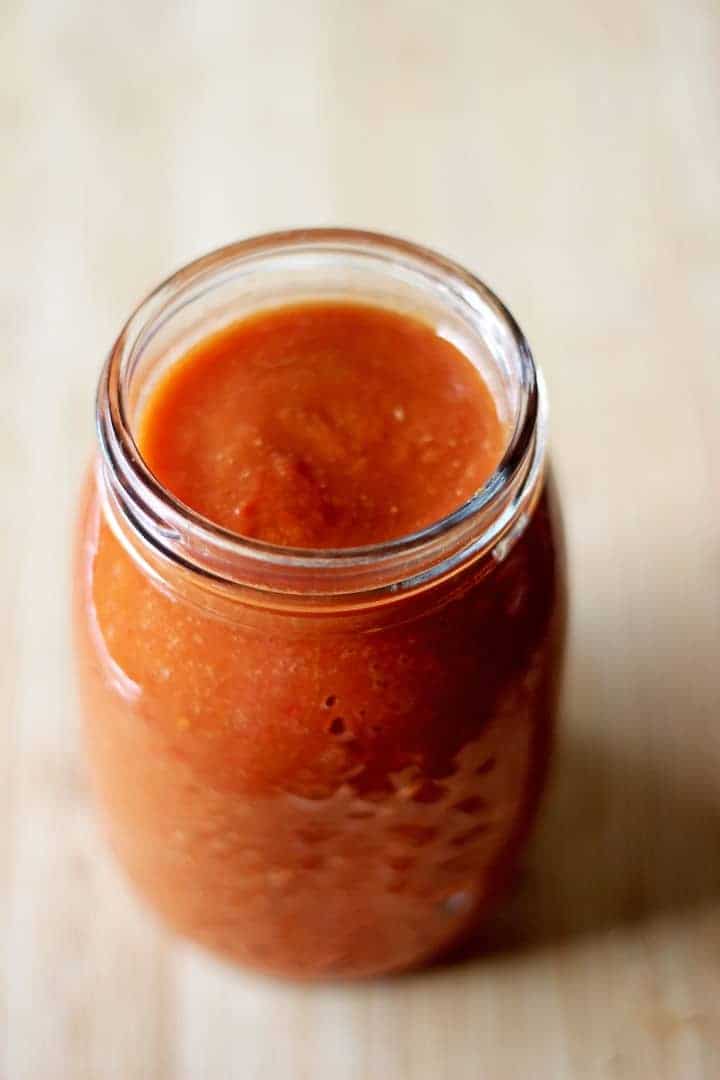 You know what's hard? Mondays. Duh. But you know what's harder? Tuesday after a long weekend! 3 whole days just pottering around at home, in the kitchen, playing with the puppy and just being pretty relaxed about life. I'm pretty sure I still did the same amount of stuff I would normally do in a weekend but slower. Which is how it should be!

At least it's also now a short week so let's do this!!

And by this, I mean throw a bunch of Mexican looking ingredients into a blender and call it enchilada sauce.

Remember how I was only using my blender for smoothies for so long and suddenly now I've opened my eyes to the possibilities. Aaaaand we're on a roll - blender this, blender that, all in the hopes of becoming the ultimate lazy girl. We tell people we are "efficient" but in all reality it's the pure laziness that is deep within everyone. Don't deny it. Even people who live on farms and get up at the crack of dawn. You can't tell me you know ANYONE that would turn down this 5 minute blender edition of your favourite enchilada sauce in favour of at least 20 minutes slicing and dicing and sauteeing and simmering.

No way friends, we are lazy girls.

In my experience with enchilada sauces, this even rivals the speed at which you can open a packet or jar of it. The packet mine comes in is one of those ANNOYING "tear here" jobs that results in a) tearing here actually working, but working so well that you end up with a tear down the side of the entire packet and enchilada sauce all over the bench, or b) not really tearing at all, resulting in you resorting to using your teeth and ending up with miniscule pieces of plastic in your mouth and a hole the size of a pin prick to pour the sauce out of.

And don't even get me started on opening jars.

Here, we grab a few things from the cupboard, throw them all in the blender and blend it up. 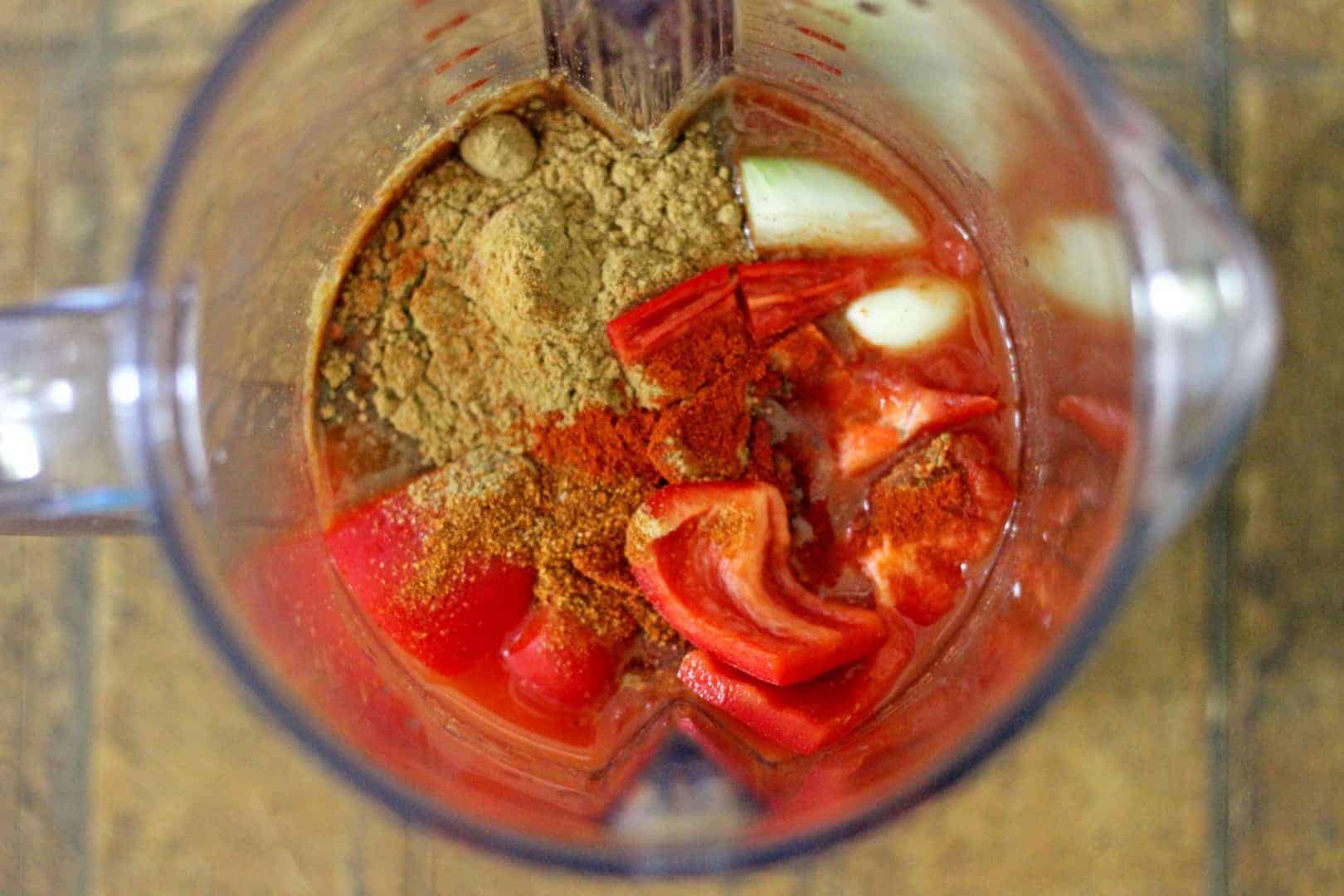 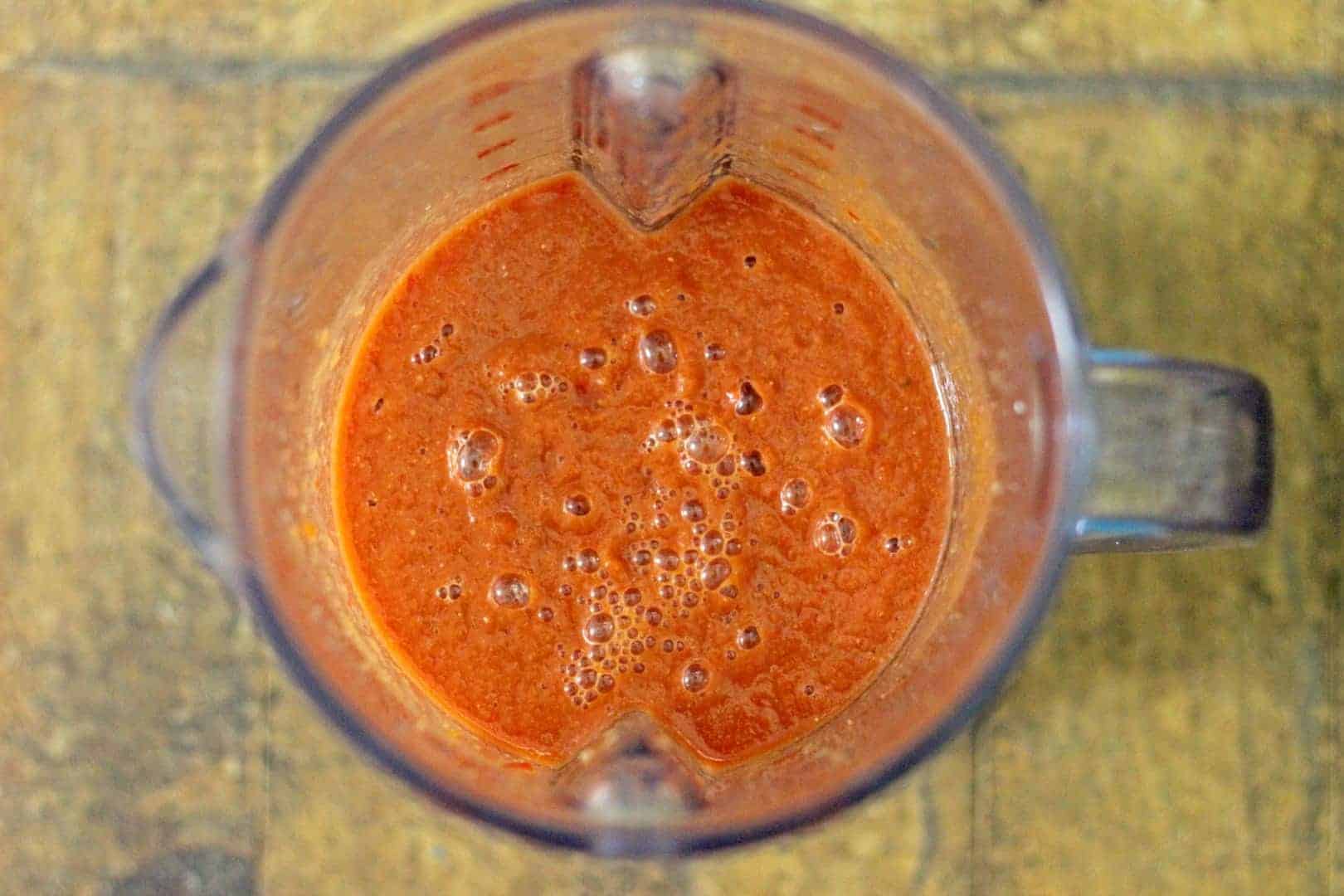 Plus, as you know by now, making it at home means total control...yusss! Which for us means a heat rating of "my toddler could eat that" or "Grandma called and wants to know why there is no heat in this sauce". So bear that in mind when you make it and add as much chilli as you know you can handle.

You can either use the sauce immediately, transfer it to a jar and keep it in the fridge for about a week until you are ready to use it or even throw it in the freezer to pull out when you need. It's also super easy to double to recipe and make a spare batch. Or enough to feed more than 3 or 4 people!

5 minute blender enchilada sauce that has real veges, no sugar and an epic assortment of spices - easy, tasty, perfection! 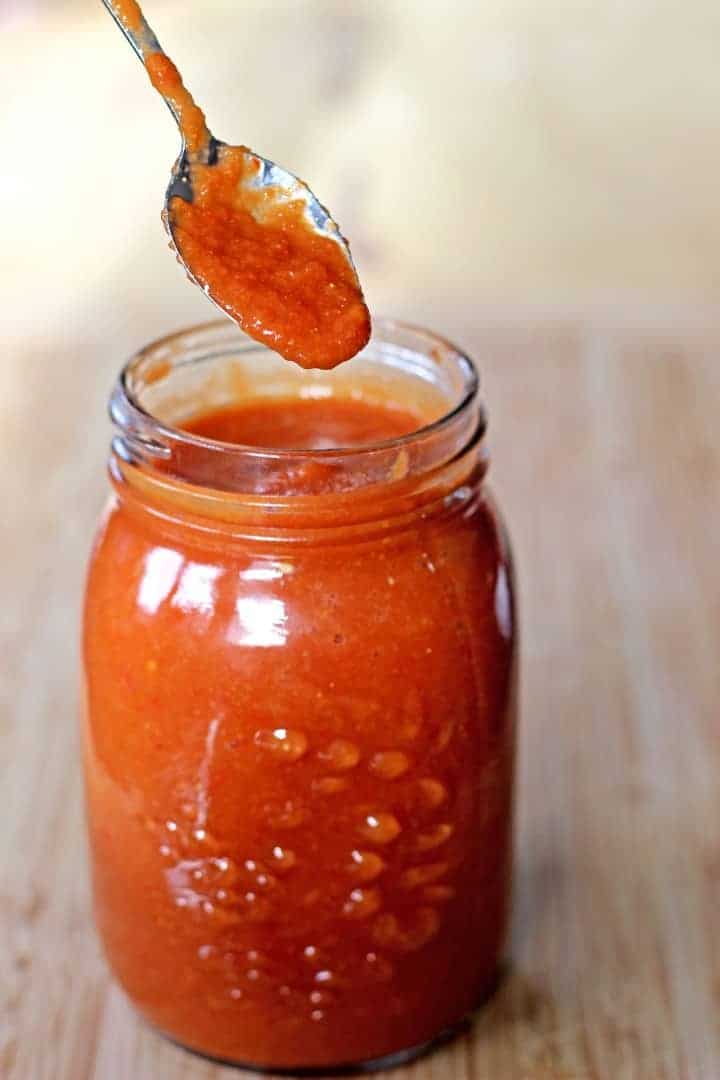