So I'm not really sure how it happened but in the space of 6 weeks we went from having no puppies to having 2 puppies!! How lucky are we!! In case you hadn't read about it already Sage is our black lab pup and Tilly is Josh's dad's new Huntaway farm pup. And these two!! They are the most mischievous little pups in the world.

It was love at first sight - in a play fighting/not sure if they're seriously fighting sometimes kinda way. We thought they could be cute and sleep together which was hilarious. Poor Tilly was so tired after playing but Sage wouldn't let her sleep...she just wanted to play! So like little kids, they have separate kennels now!

They are really good at winding up Sue, our older farm dog who does NOT like playing. 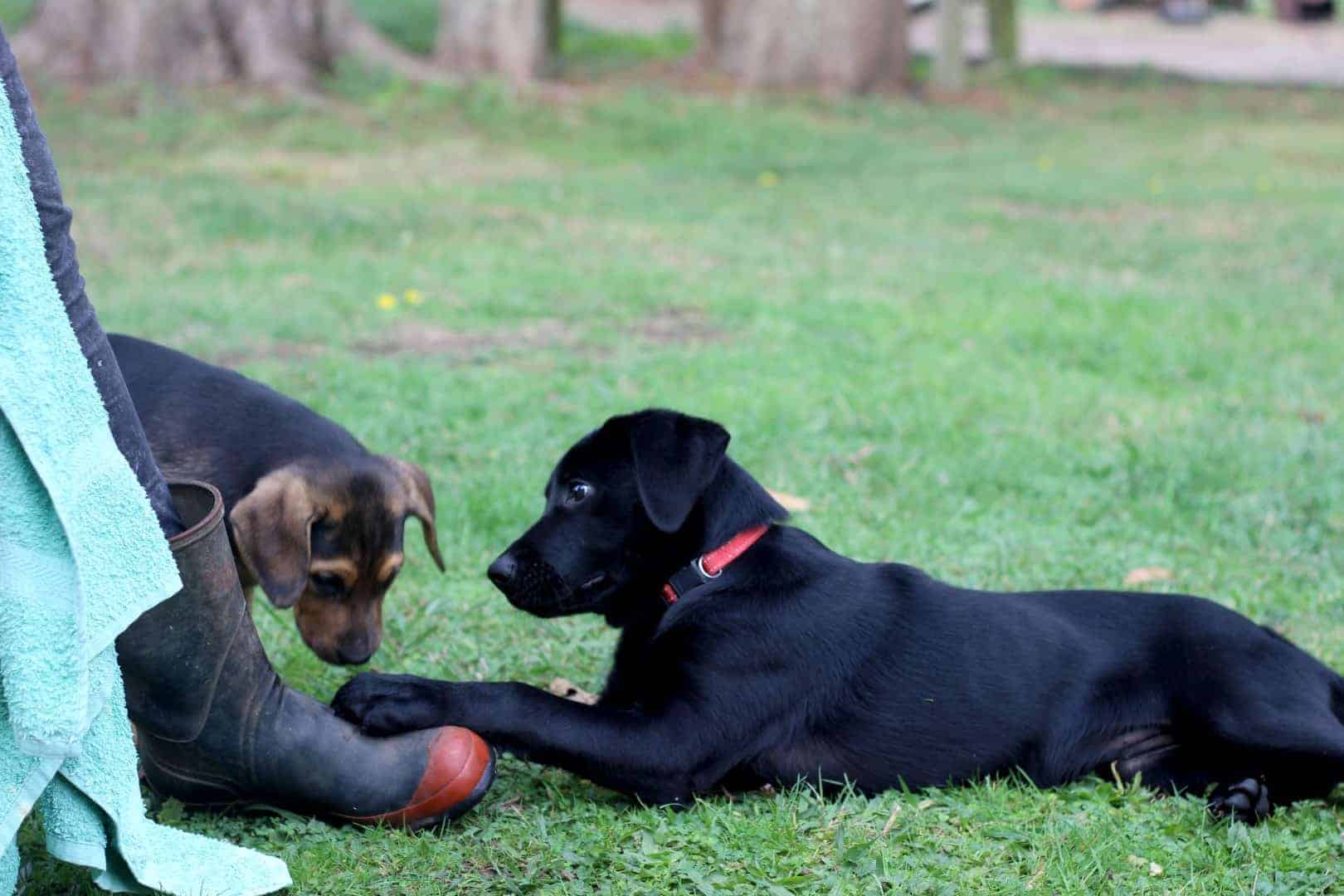 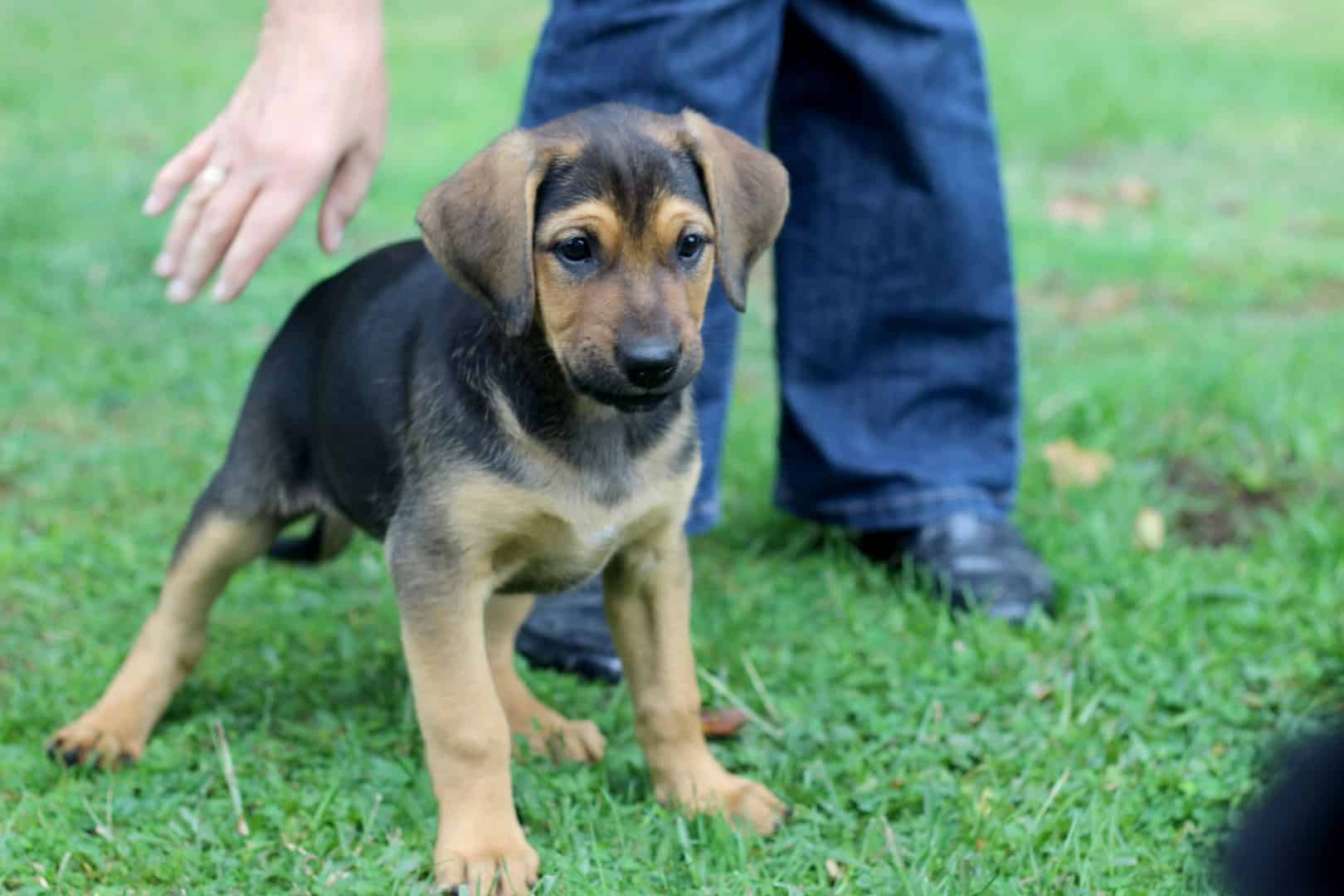 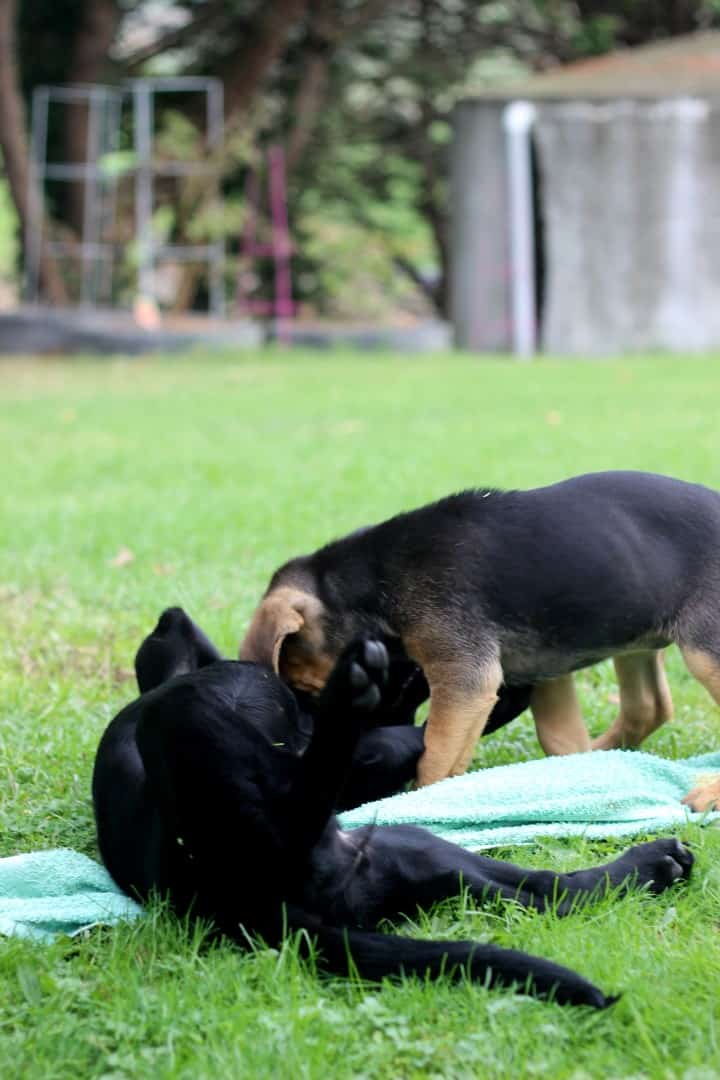 They fight way more when they know there are people around. 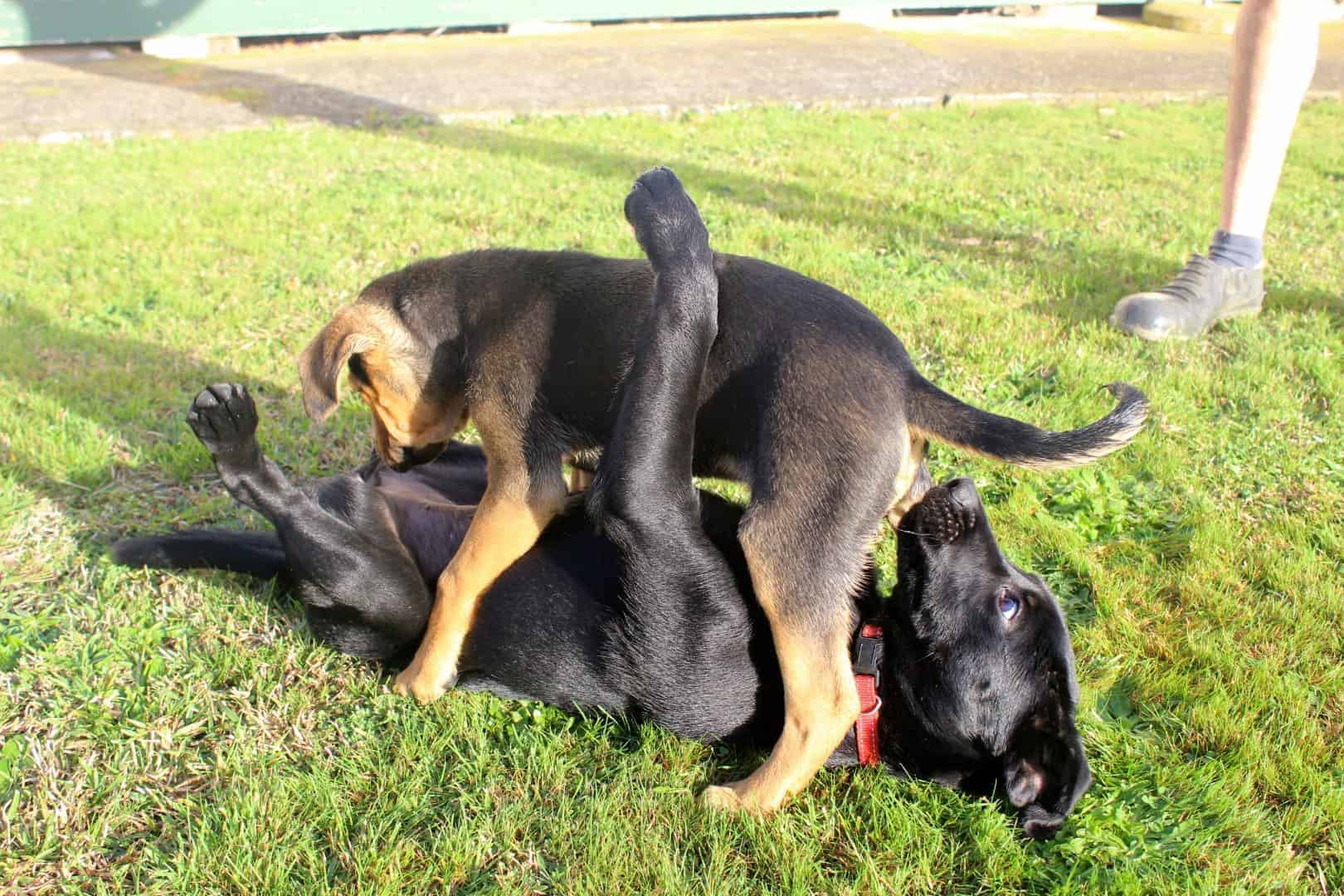 And then when no one is watching they snuggle up together on the porch to nap! 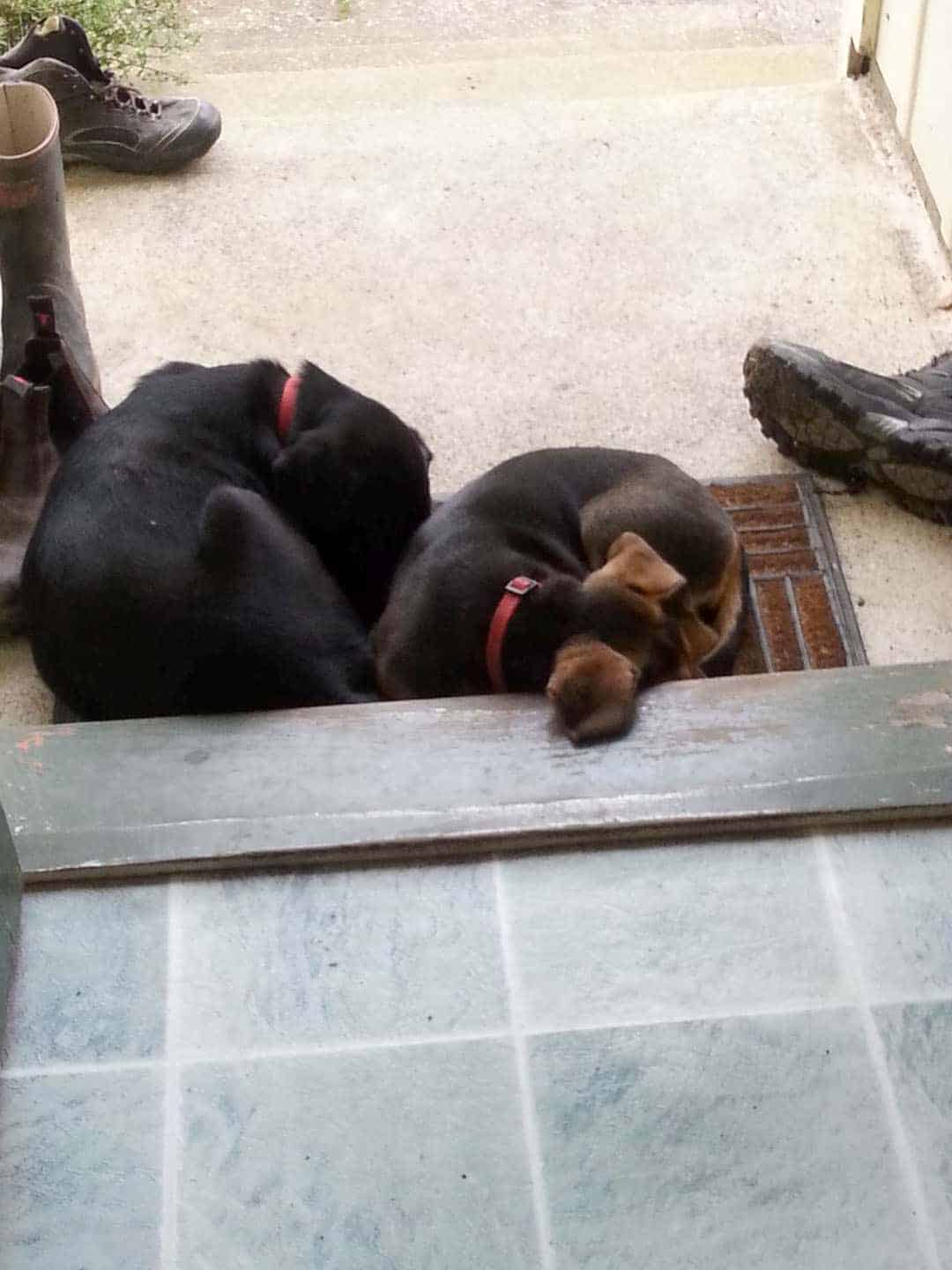 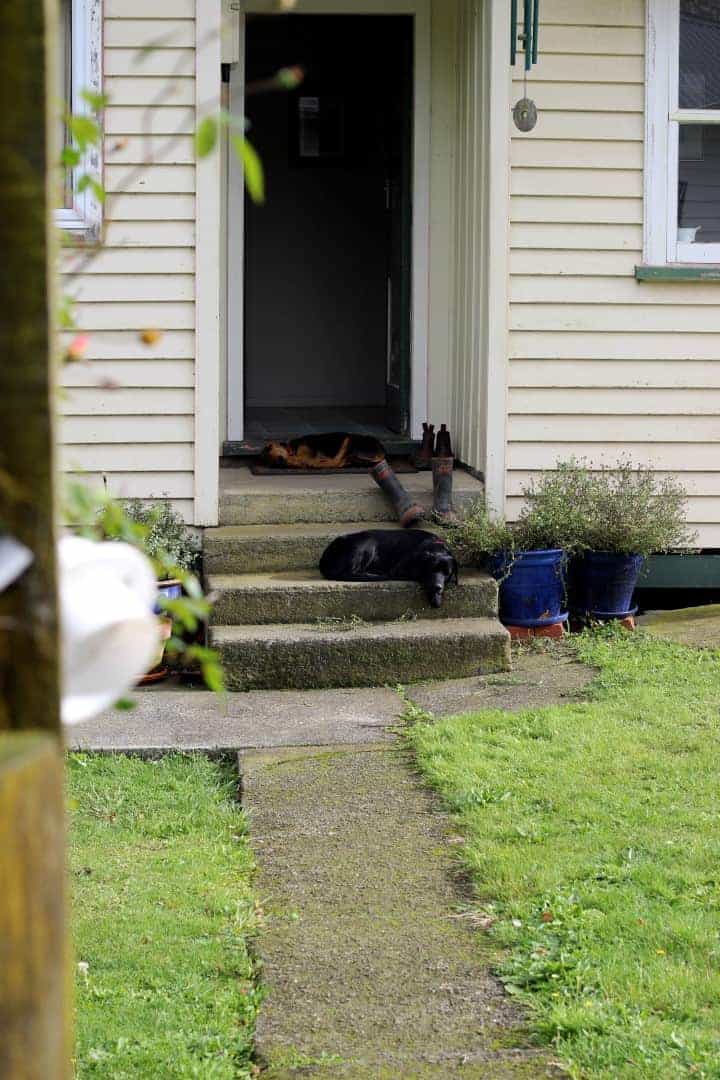 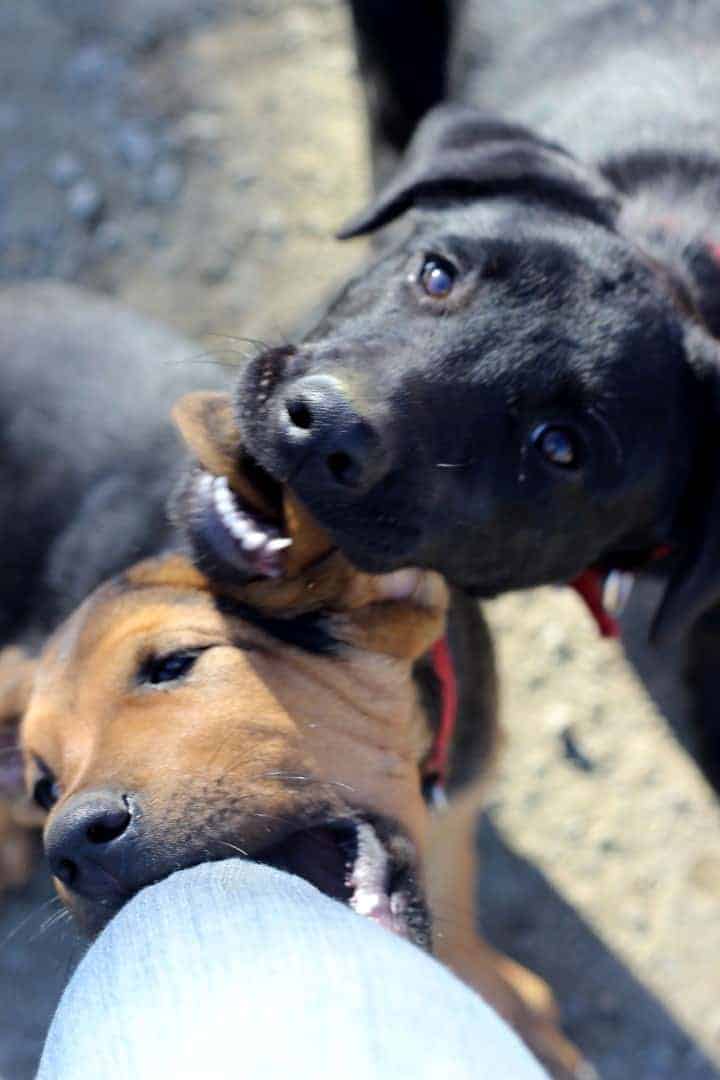 And I'm sure that they will cause us way more trouble than 1 puppy would! 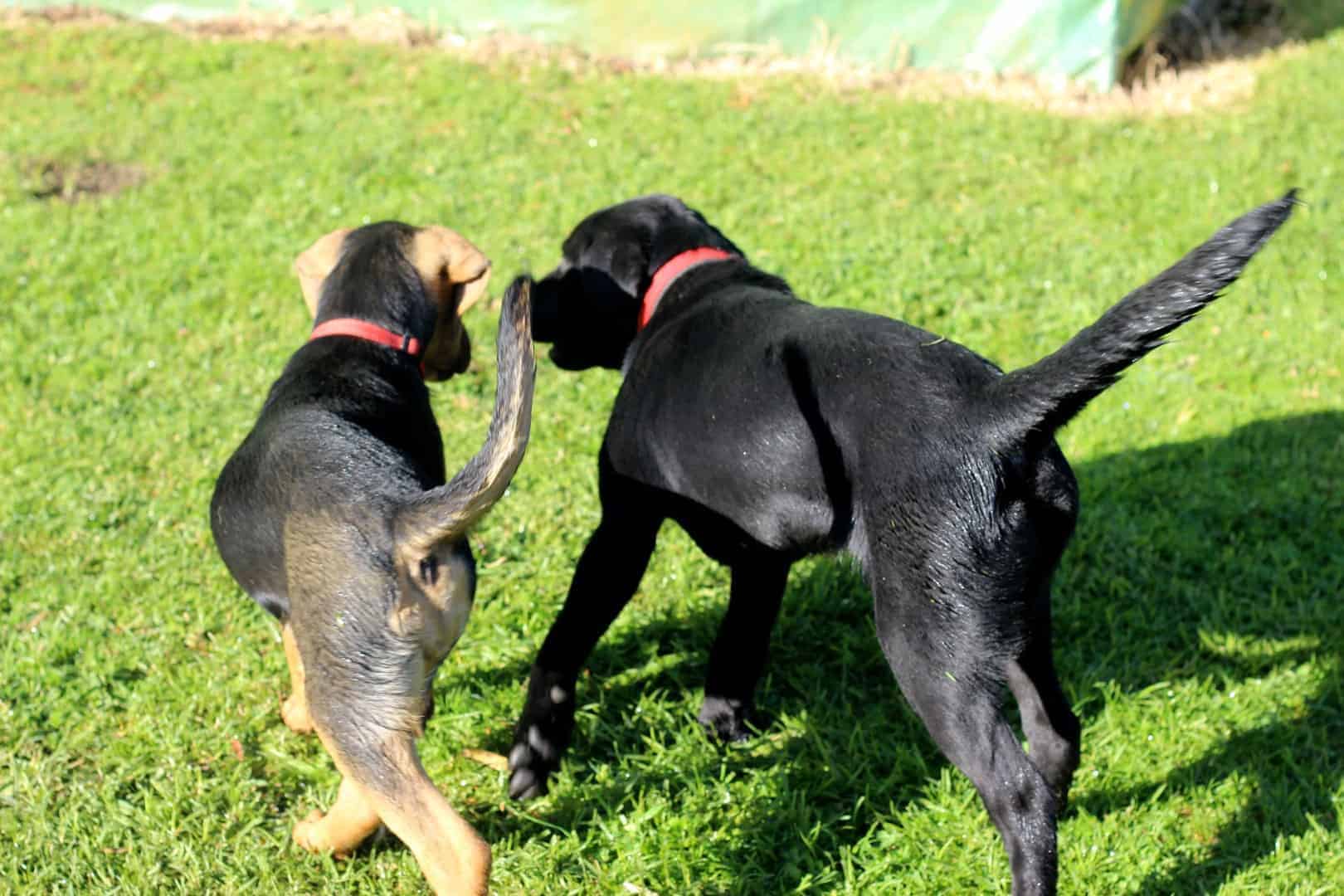 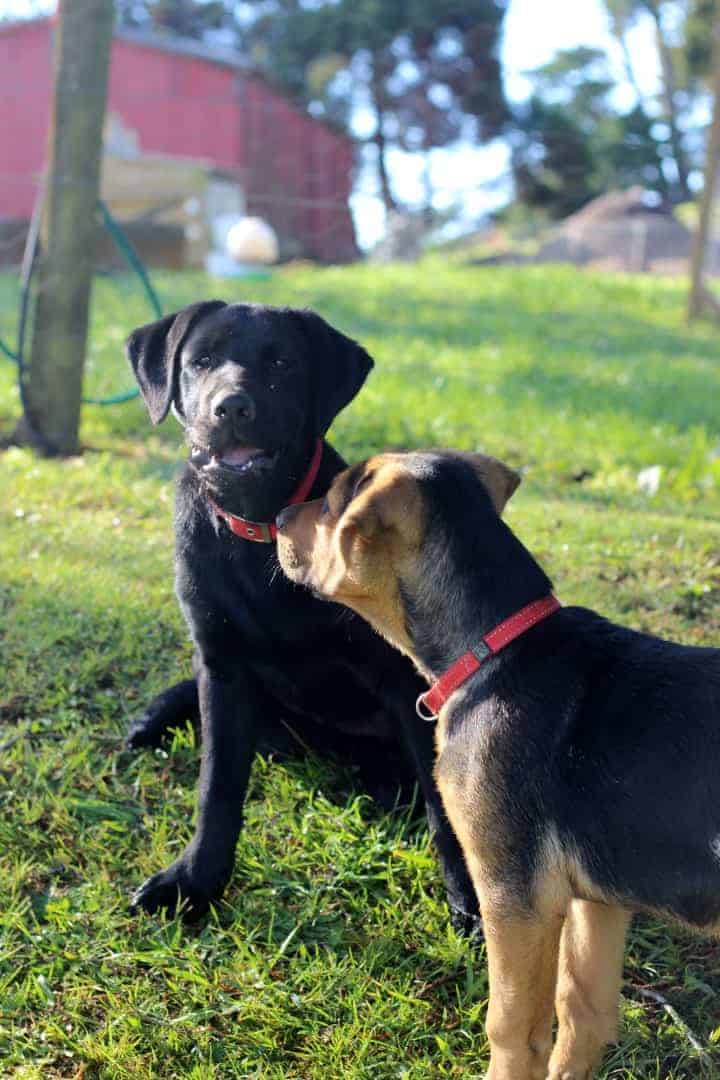 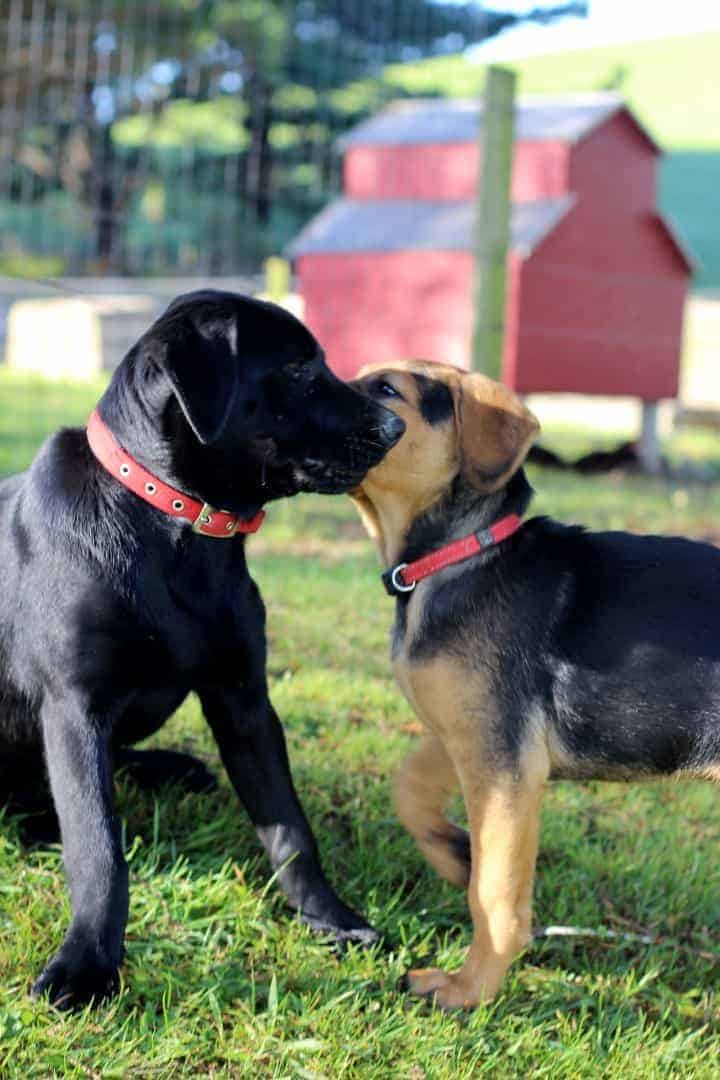 Also I'm going to go ahead and sit here looking at these pictures for 2 hours now...2 weeks away from these rascals is long enough!! We're pretty excited to get home and snuggle them! 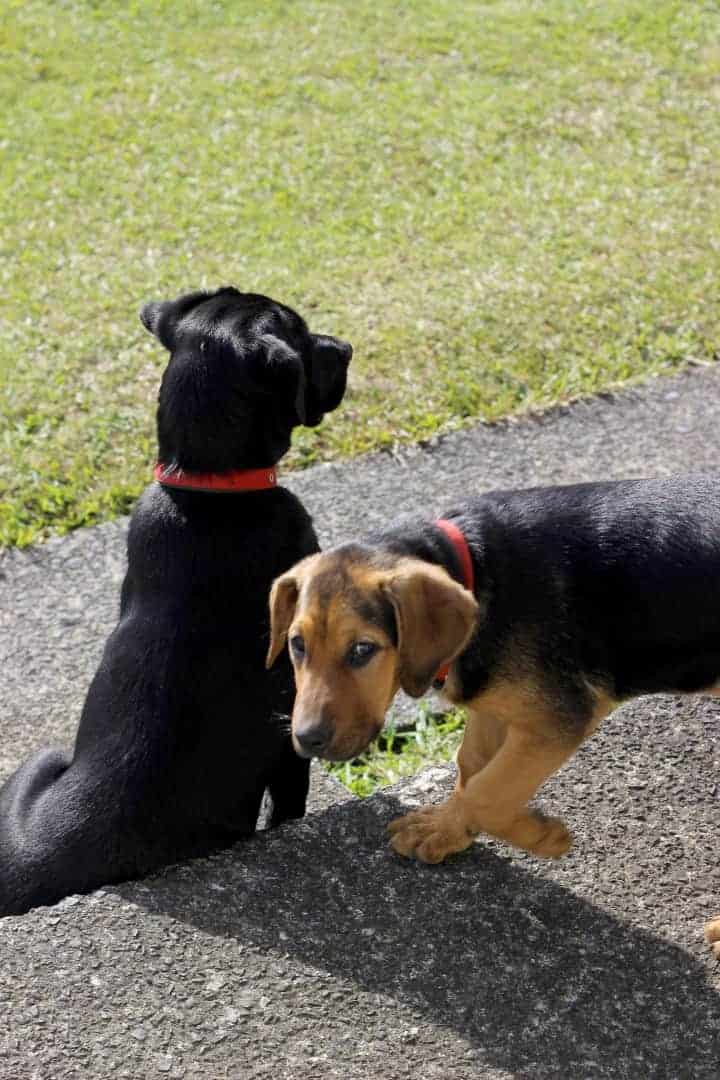