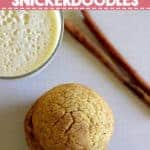 Classic cookies infused with the flavours of Christmas...sweet, spicy and super tasty, these eggnog snickerdoodles are perfect to leave out for Santa! 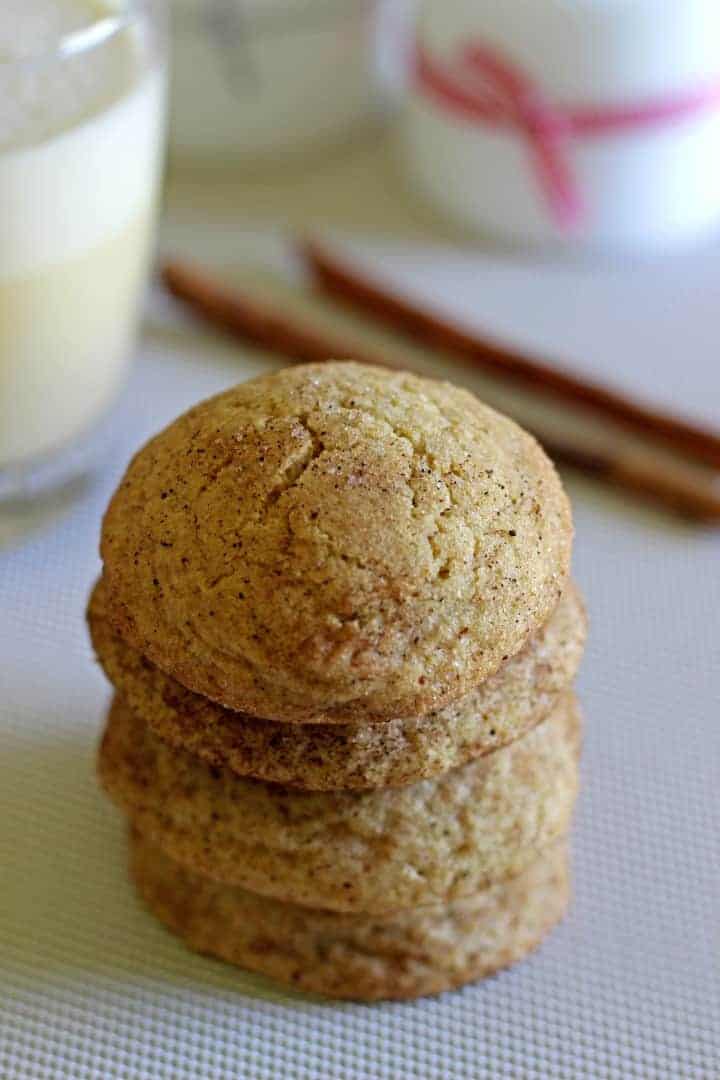 It's the mooooost wonderful tiiiiiime, of the yeeeeear. Scratch that. It's one of the mooooost, streeeeeesful times, of the yeeeeear. Just kidding. I actually really love Christmas but it's also Josh's birthday. Tomorrow. He is one of those December/just scraped in before Christmas babies that make this time of year extremely difficult. To make matters worse...he's turning 30 this year!! So the aim of the game is to make sure the birthday doesn't get forgotten in the midst of Christmas/wedding craziness!! I won't tell you what I have for him (sometimes he reads this, hi Josh!) but it's going to be fun! As long as everything arrives...today. I'm a last minute kinda gal. Makes life interesting. 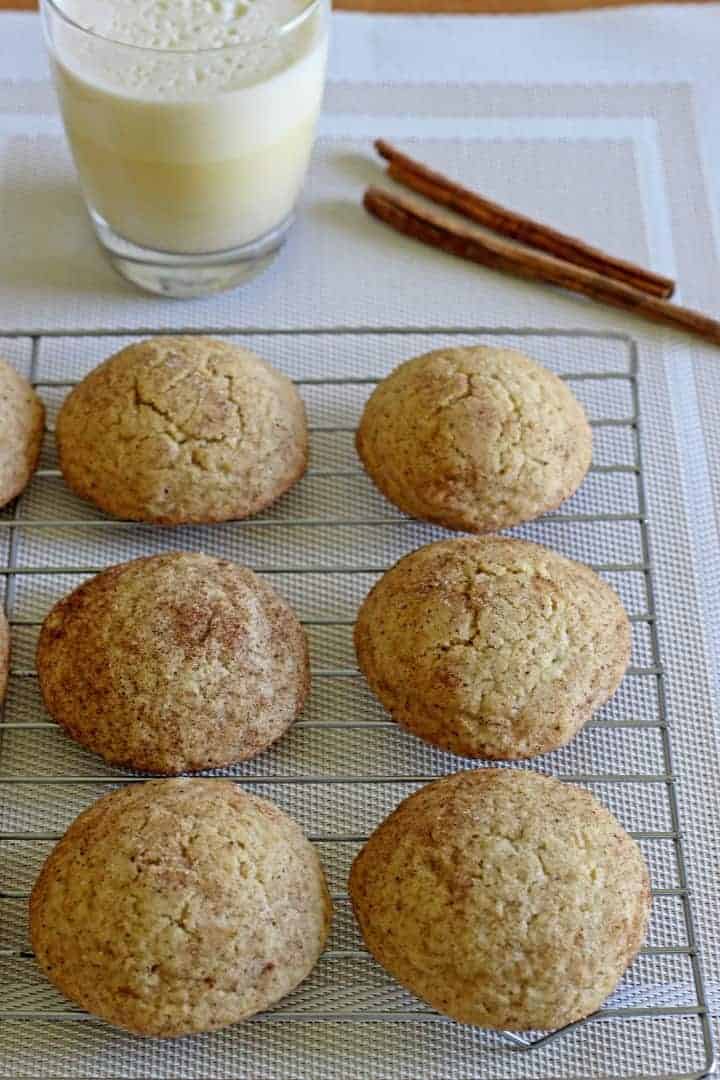 So let's escape the ridiculousness that is my life right now (and for the next 2 months) and take a journey. Weekend eggnog. Christmas creeping closer. Cookies for every meal. Natural progression = eggnog snickerdoodles!

Take my favourite cinammonny sugary cookies, add the most delicious eggnog, roll em in nutmeg & you end up with soft, pillowy, crunchy on the outside Christmassy snickerdoodles! Also, turns out you can add "y" to the end of majority of words in a sentence and it's fine. 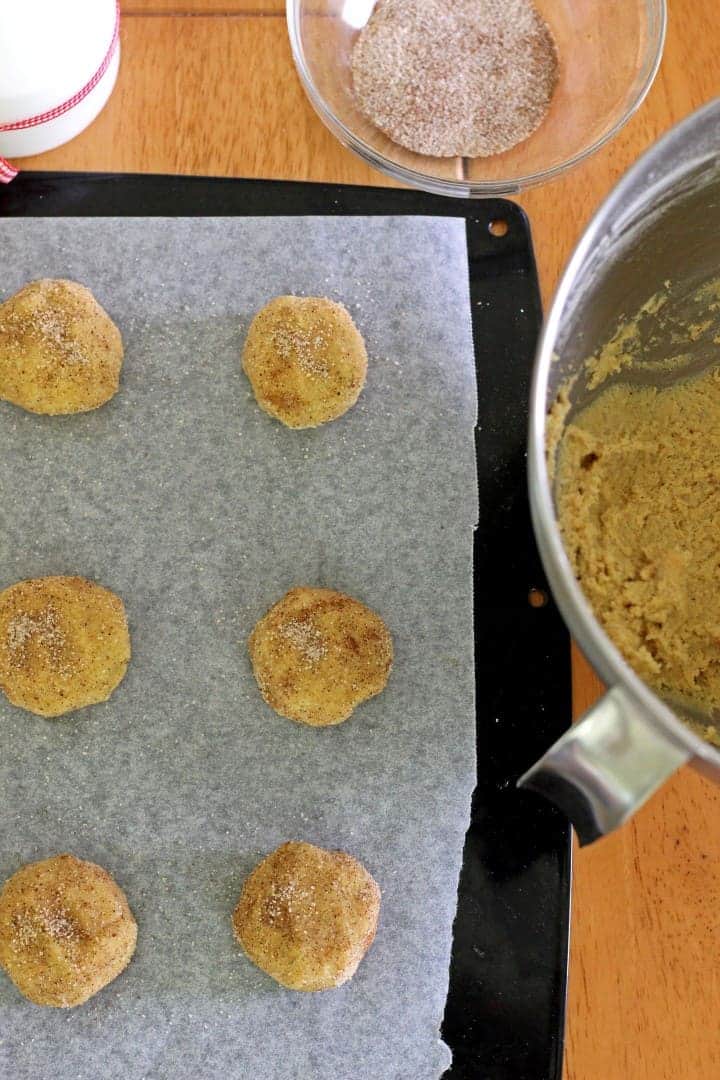 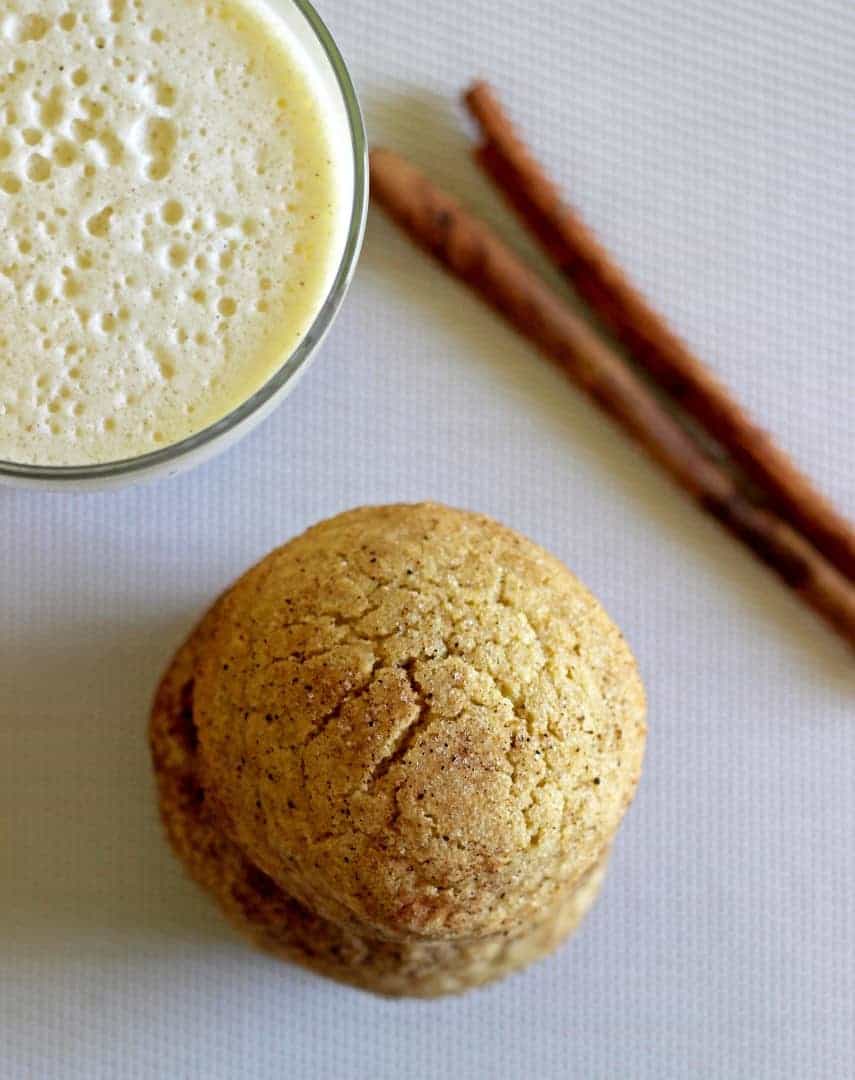 The key ingredient in these cookies is the cream of tartar. DON'T leave it out! This is what gives snickerdoodles that characteristic crunchy shell while keeping them soft on the inside.

There is no chilling required for these babies so they can be baked with limited time, something I think everyone is feeling right now! 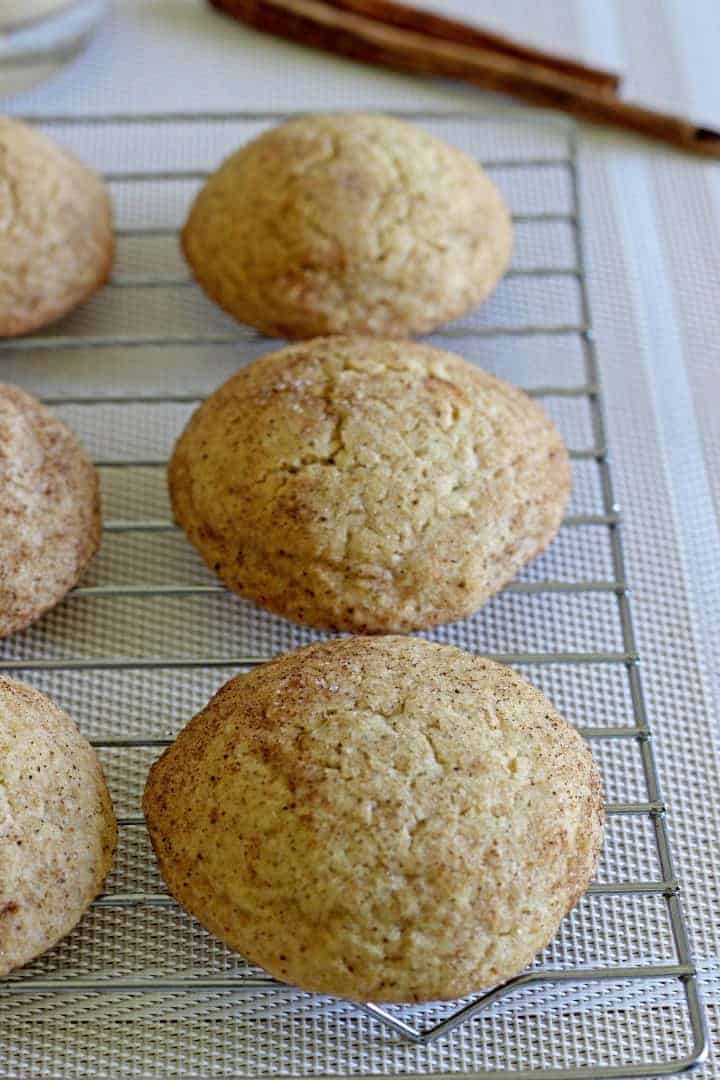 Make these, your house will smell delicious and your belly will be happy. 1 week to go!! 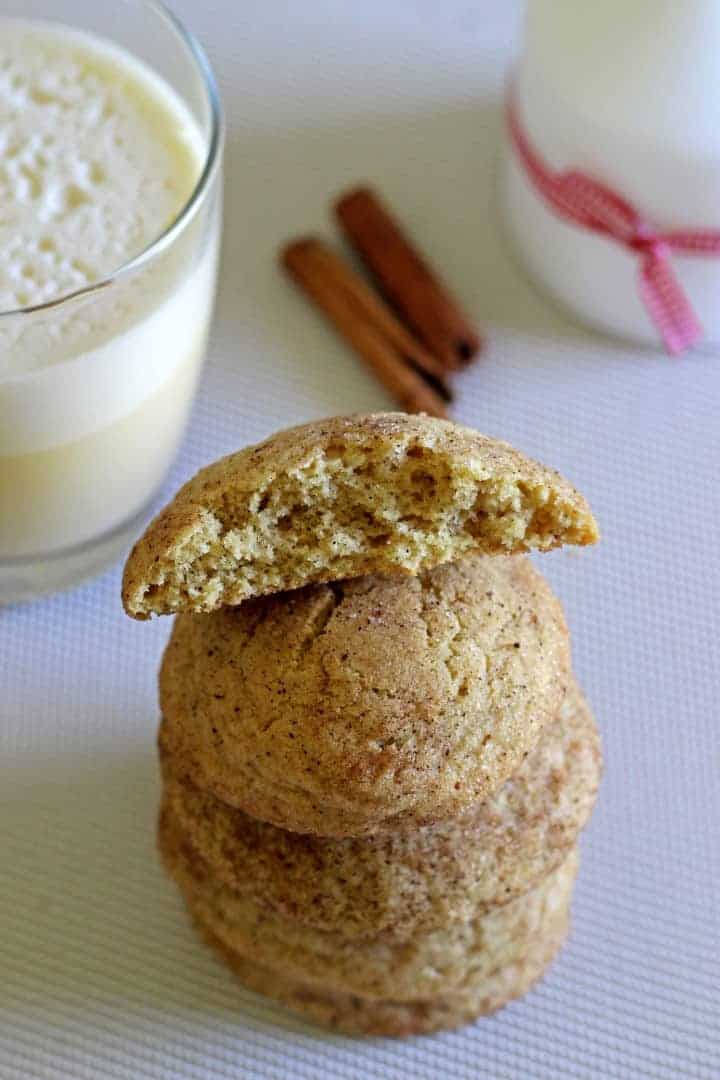