Home » In the kitchen » Raspberry and White Chocolate Blondies 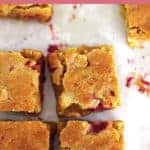 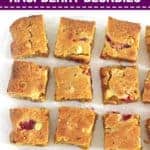 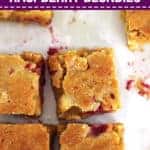 These easy raspberry and white chocolate blondies with coconut will become a new favourite recipe for your family. Chewy, fudgy blondies studded with tart raspberries, white chocolate chips and coconut! 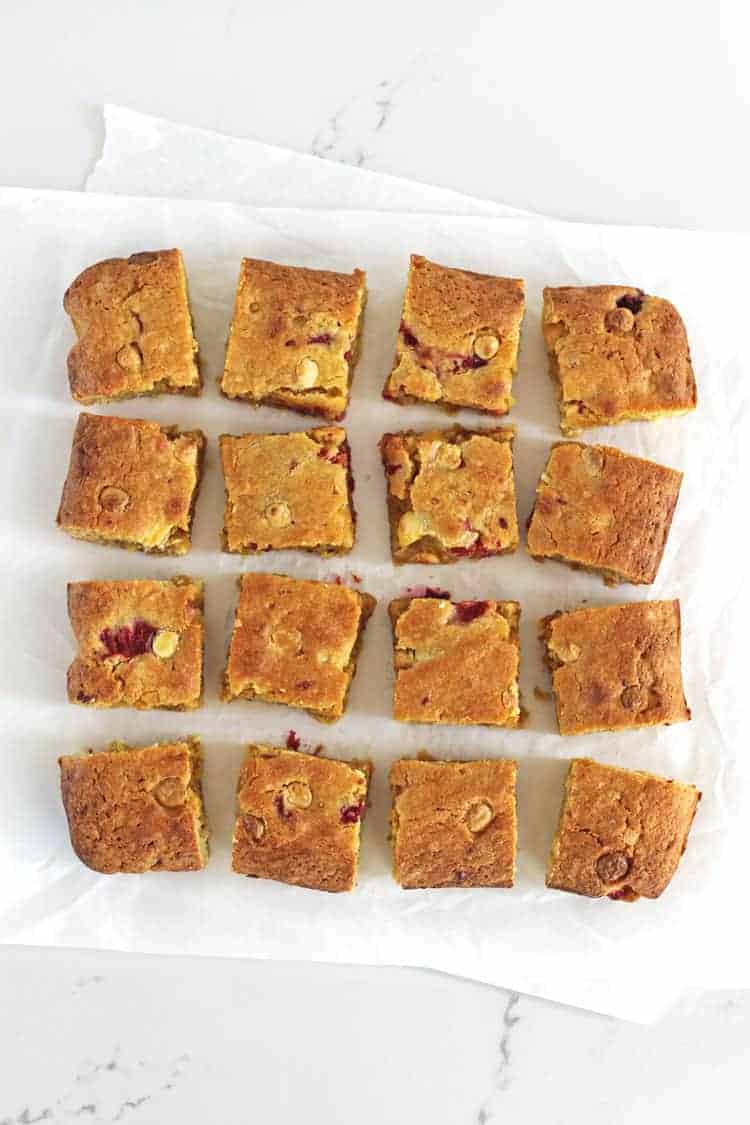 Do you know what kind of recipes are my favourite kind? The ones that are ready in under an hour, made in 1 bowl and taste good enough that they would be right at home in a fancy bakery. These raspberry and white chocolate blondies with coconut are EXACTLY that!

But first up, what is a blondie?

Simple! A blondie is pretty much the blonde version of a brownie. It's the vanilla to brownie's chocolate! The main difference between a brownie and a blondie is that instead of cocoa powder, there is just vanilla and brown sugar. It's almost like a butterscotch brownie!

They have the same crispy top, the same fudgy and chewy centre, a pretty similar list of basic ingredients and the exact same ability to coerce you into eating way too many pieces in one sitting! 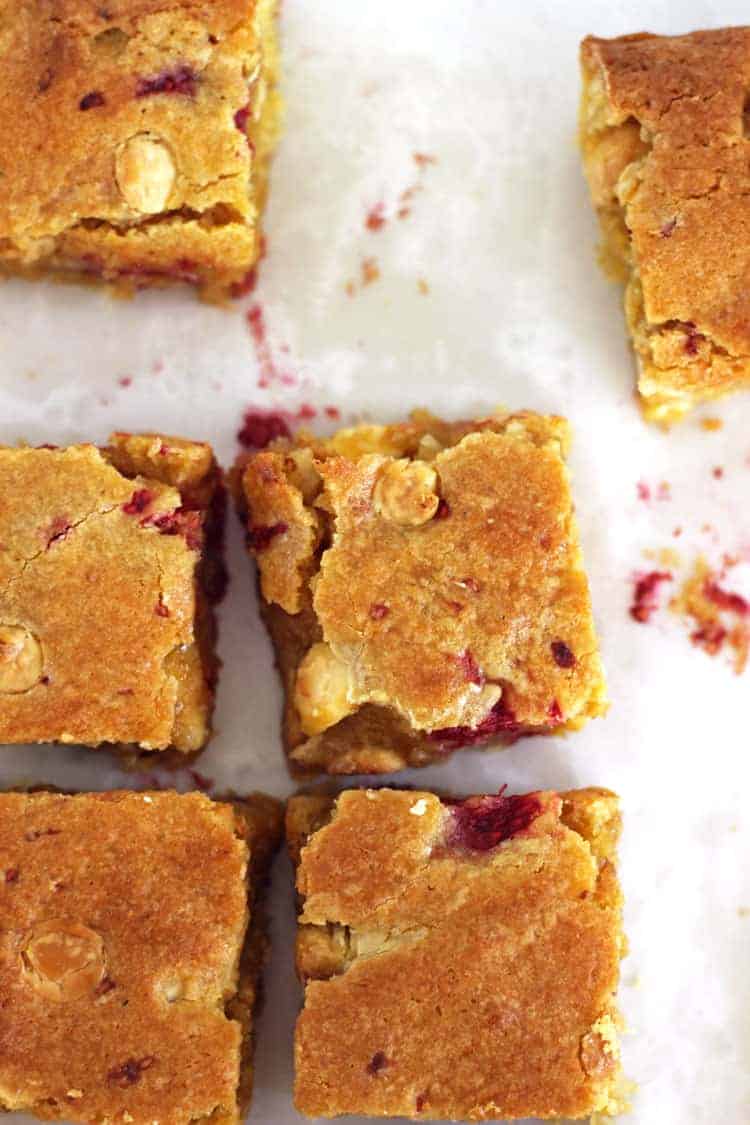 The other way that blondies are similar to brownies is that making blondies is so simple! Mix together wet and dry ingredients and then add the delicious mix ins and bake. You make the whole thing in the same big bowl or pot that you melt the butter in, which means less dishes and I'm always happy about that! 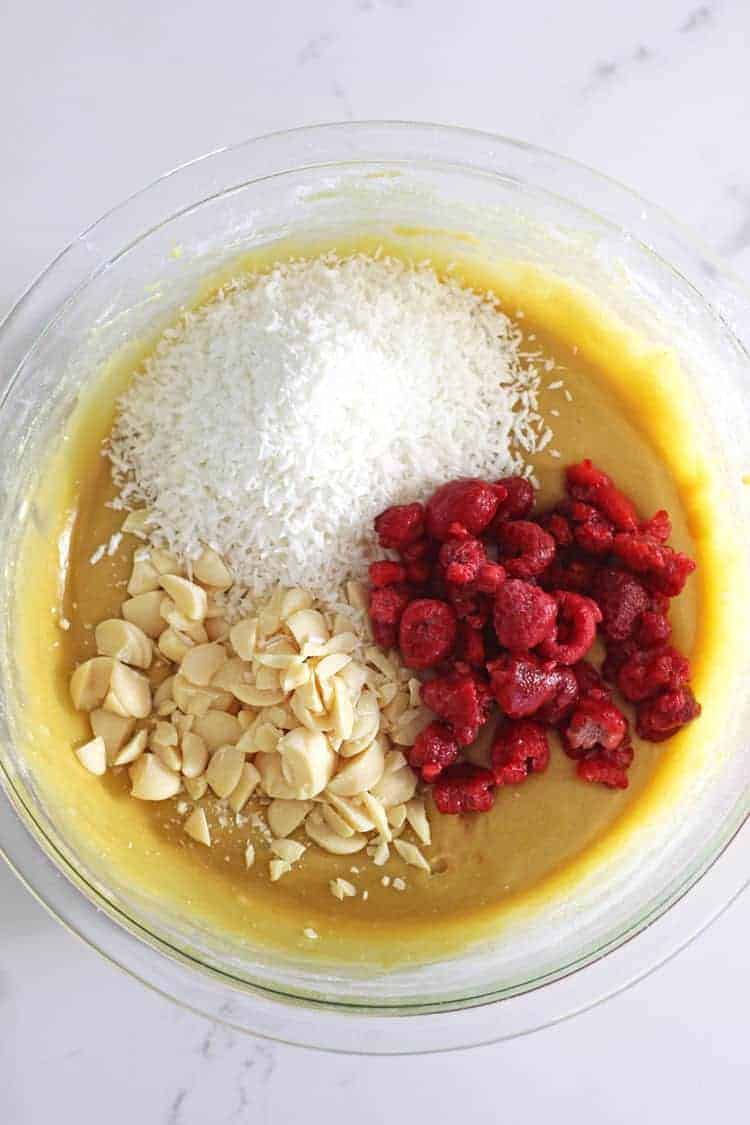 Bake for 30 minutes until a toothpick inserted into the centre comes out almost clean and if you can, let them cool completely in the tin before slicing. This will allow them to set slightly more and you'll be able to get cleaner cuts. But if that doesn't worry you and you are all about getting involved in the gooeyness of freshly baked blondies, then get in there! 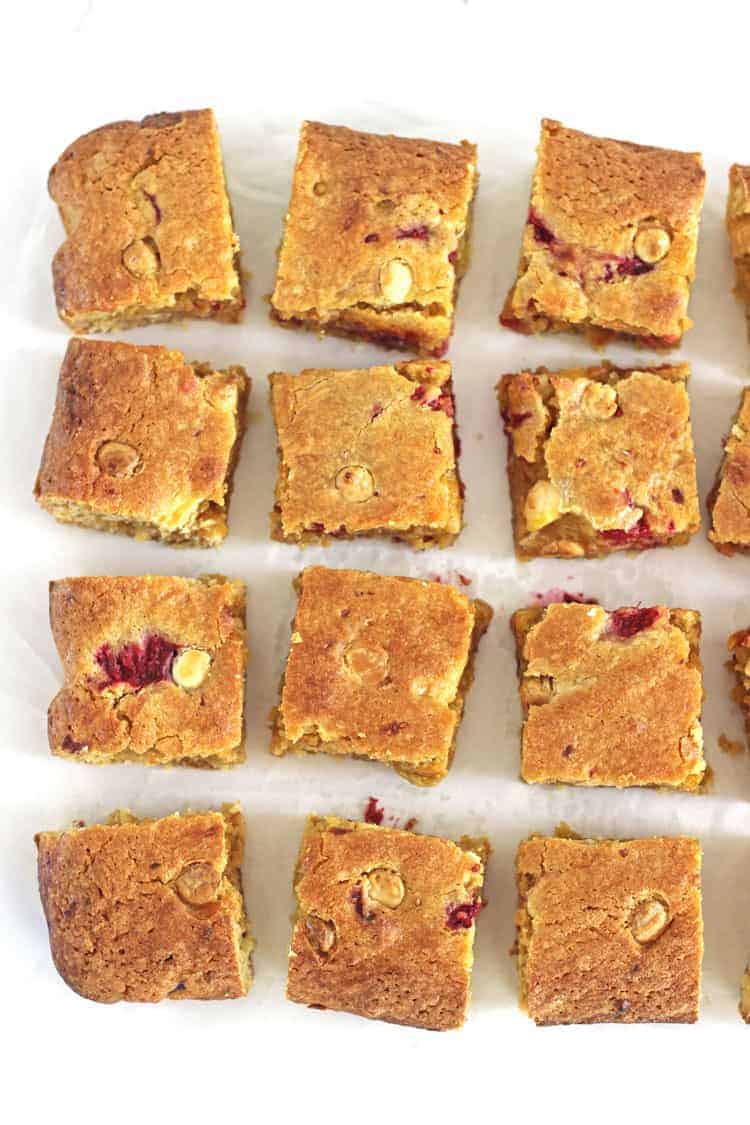 And you might as well scoop some ice cream on top and call it dessert while you're there! 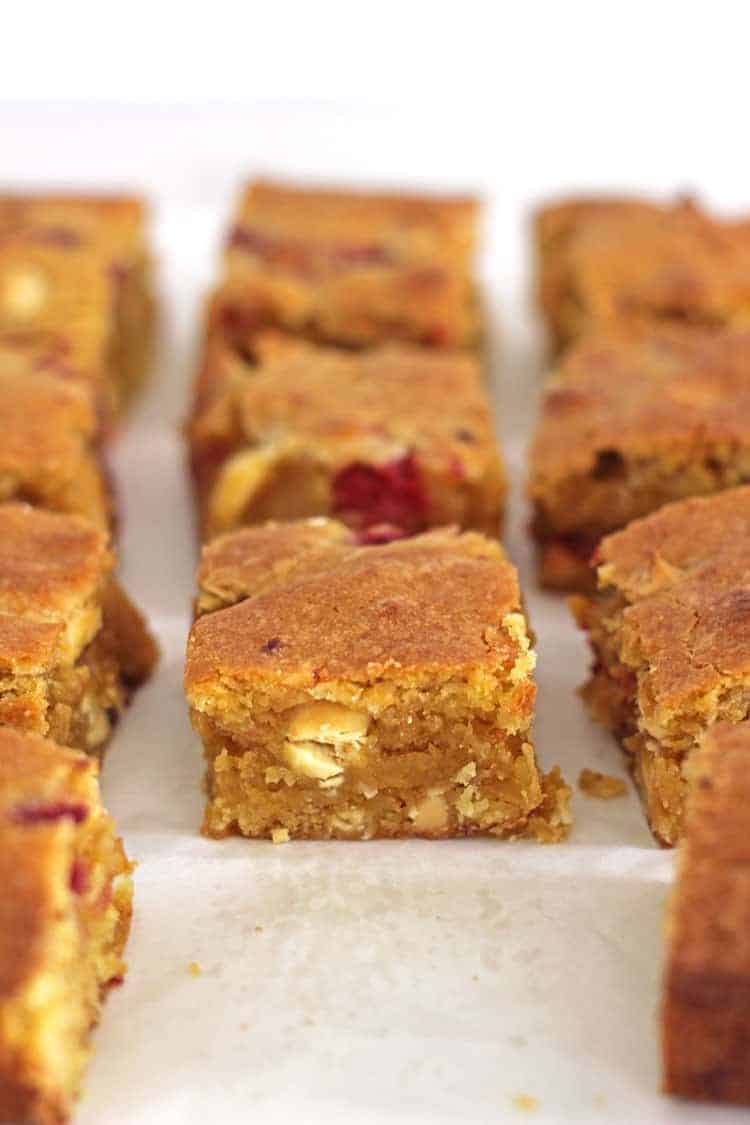 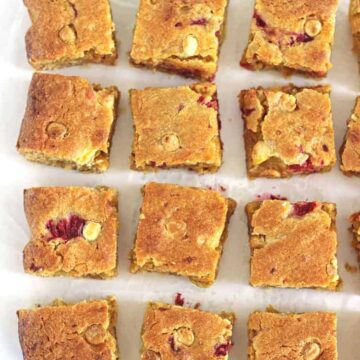 Fresh or frozen raspberries can be used for this recipe. There is no need to thaw frozen berries before mixing them into the batter.