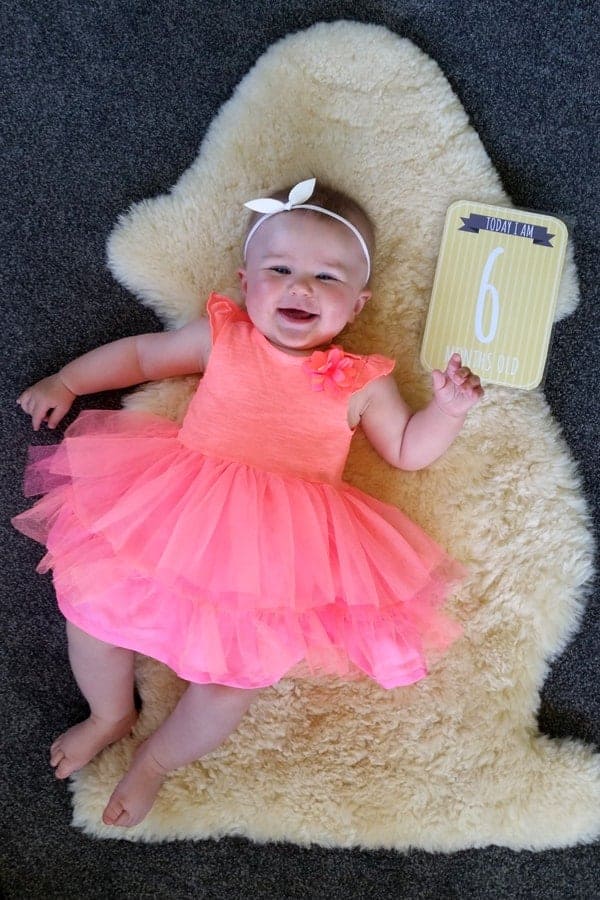 I've spent a whole lot of Sadie's life being happy that she is growing and sad that I don't want her to not be a teeny baby anymore, but I have to say, I think 6 months is my favourite age so far! She has changed so much this month - much more noticeably than any other month so far. Sadie is really turning into her own little person now which is so fun to see!

This month she has started copying little noises and facials we make. Josh & I both realised we are guilty of going in with big open mouth smiles which she is definitely doing now! She is still pretty happy entertaining herself but always looks at you to check in and make sure we are still there and watching her. 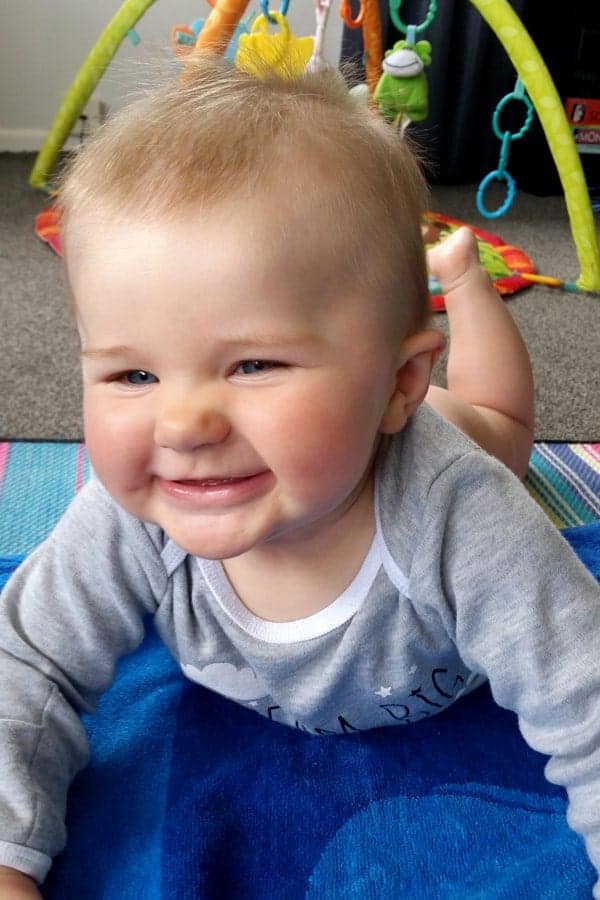 She is so in her element at home and outside. When we go other places she takes a while to warm up - she tends to just sit there taking it all in for a while until she is comfortable. Unless we go outside, and then she is happy anywhere!

One  change we've noticed this month is how much more aware she is of her surroundings. The biggest challenge with this is that it's now almost impossible to feed her in public...all she wants to do is look around leaving me all sorts of exposed...not ideal! She is also starting to be a bit more wary of new people but loves kids!

Sadie is so much more interactive now. You can look at her from across the room and she will give you a huge grin and sometimes a little giggle which is the best thing in the world! She has also started doing this fake cough/laugh thing which is pretty hilarious. 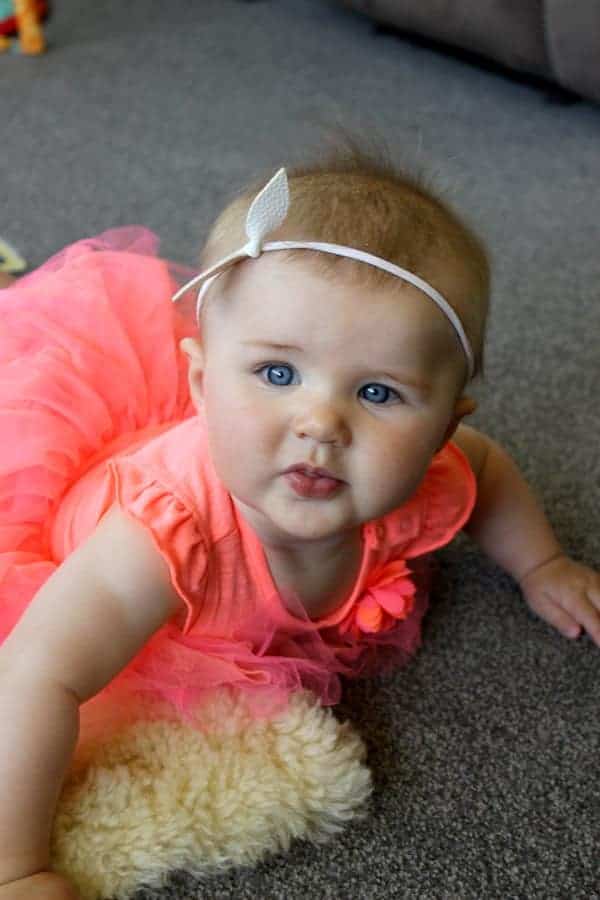 We also started solids this month. So far she has tried pumpkin, kumara and avocado - avocado is definitely the favourite! I was also giving her pieces of capsicum and carrot to suck on but at 5 ½ months she cut her first tooth (bottom right) and a couple of weeks later the second one appeared (bottom left) so she has started being able to bite bits off which has put me off doing that! So puree it is - and it usually ends up all over her! 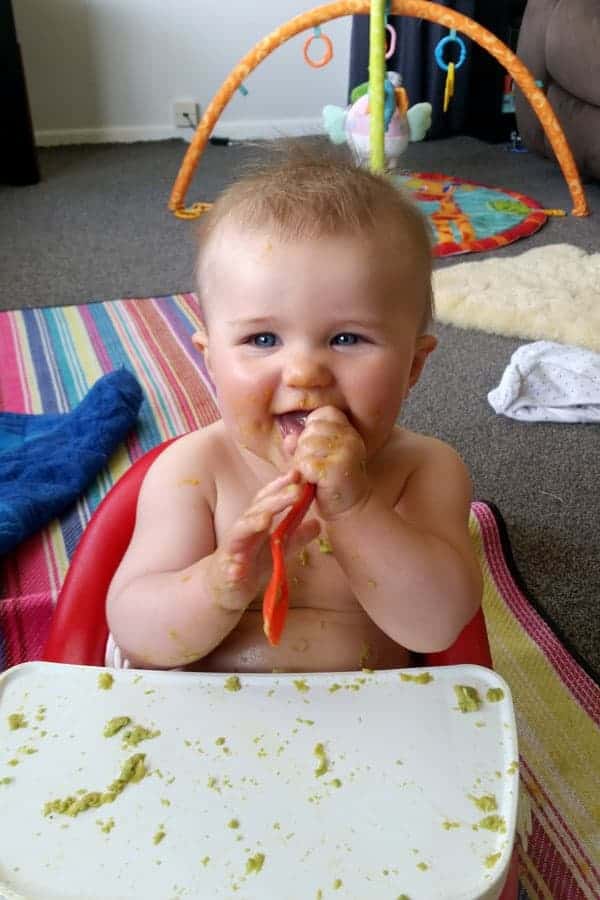 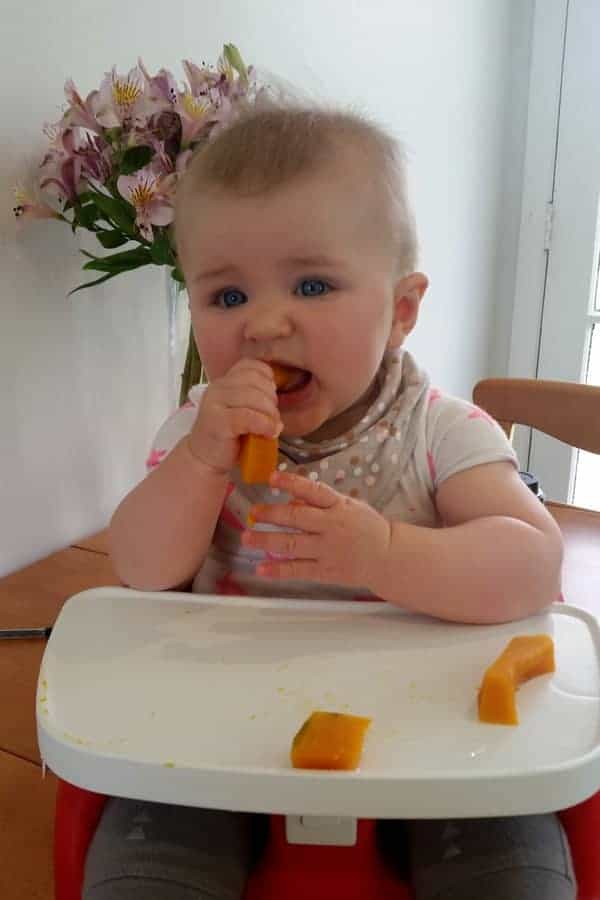 Sadie is fast trying to become more independent and we are definitely in the last few weeks of her being immobile! I am savouring every minute of this time because it's going to be a whole new ball game once she's on the move! She has figured out how to spin around in a circle which is actually a pretty effective way of moving around.

We also celebrated my little sisters 21st birthday which gave us the perfect excuse to get Sadie dressed up! We thought it would be a good opportunity to get a family photo too...turns out it's harder than we thought to get 3 people looking and smiling at the camera at once! 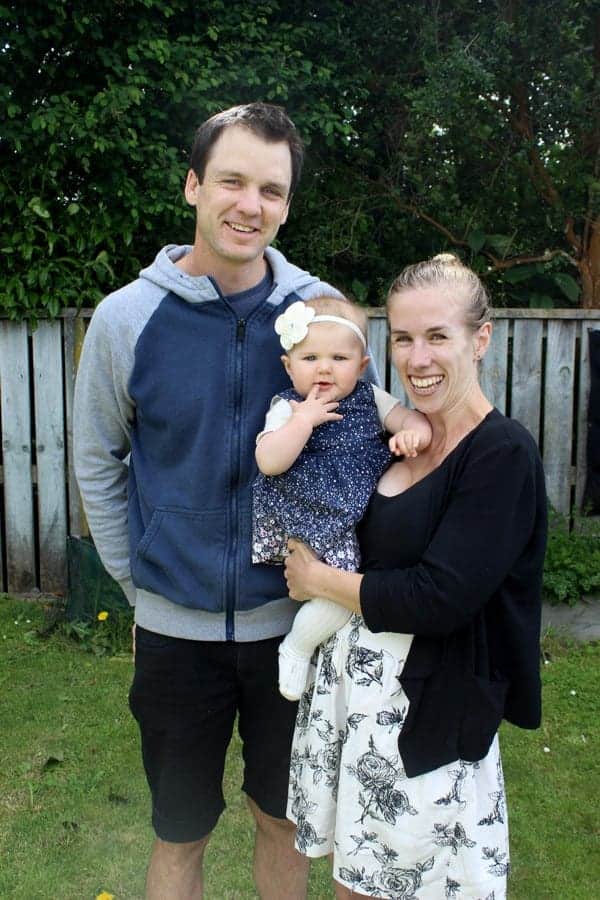 Sadie loves Sage, swimming, the jolly jumper, having no clothes on and being outside. She has also just started to really get into story time and her current favourite is Fox's Socks! (Josh & I love that one too)

She doesn't love not being able to move or sleeping through the night. She is still waking 3-4 times for a feed which I think is turning into more of a comfort thing than actually being hungry, but to be honest, it's easiest just to feed her and she generally falls straight back asleep. Beats trying to settle her in the middle of the night! 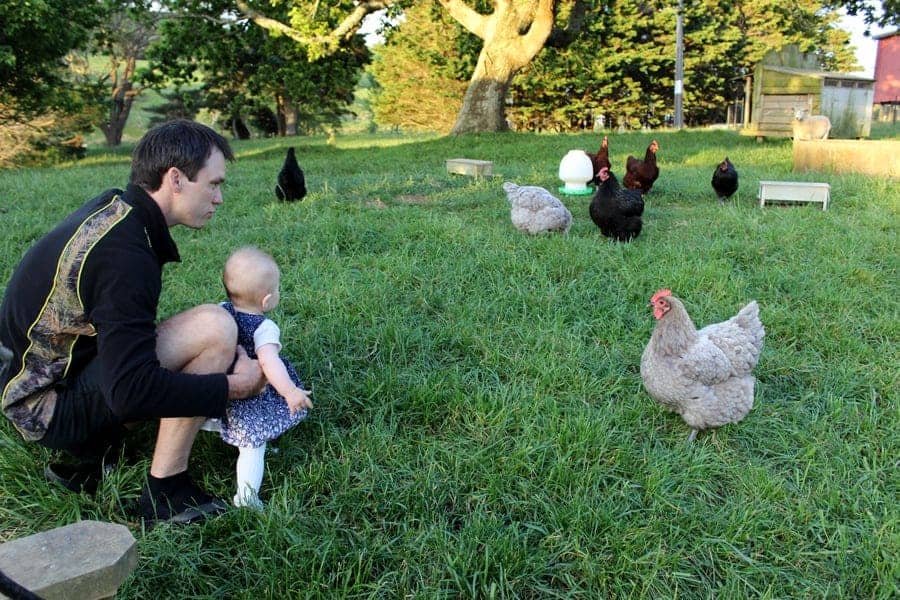 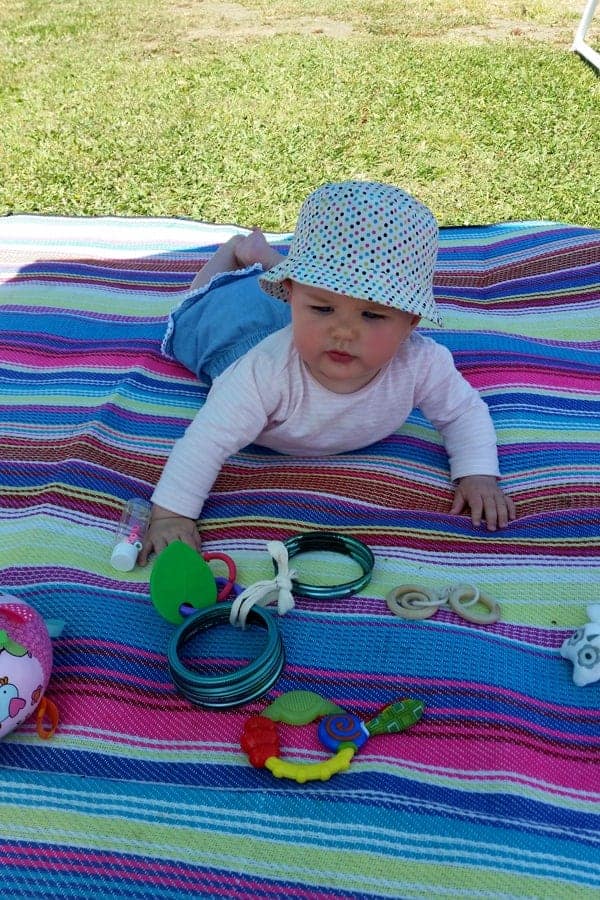 We're loving the summer weather and are sooooo excited for Sadie's 1st Christmas this month!