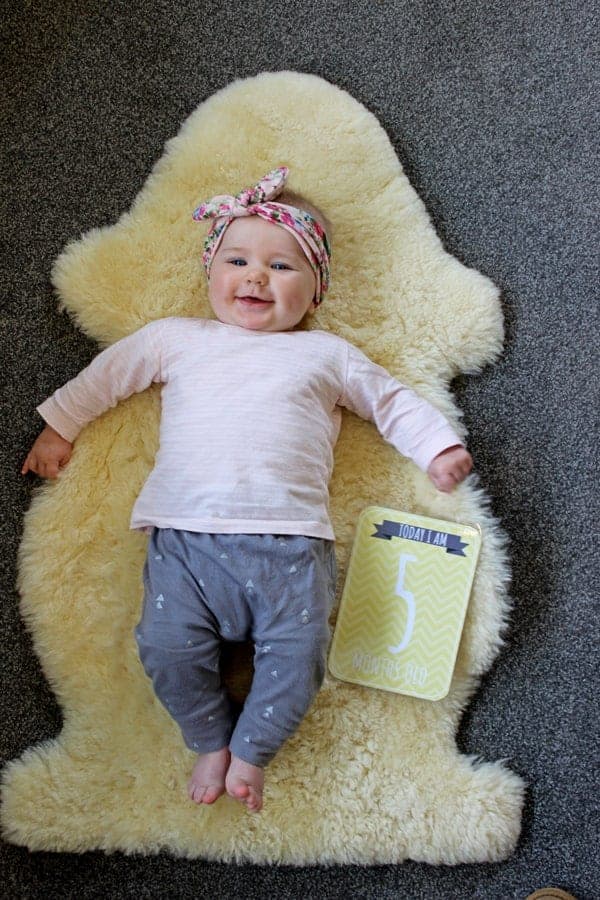 Sadie is 5 months old! As much as I don't want her to grow up too quickly, she is really starting to develop her own little personality and gets more and more fun every day which is amazing!

At the start of this month we moved Sadie out of the bassinet and into her cot full time. Like everything, this was far more traumatic for me than her! She handled it really well and her sleeping didn't change at all for the first couple of weeks. We also started a bedtime routine for her this month. At 8pm she has a bath, pj's and sleeping bag on, story, feed then bed at 8.30pm. She cottoned onto the routine really fast and it's working perfectly for us. She's in bed early enough that we can still watch a bit of TV before we go to bed but it's late enough that Josh actually gets to spend some time with her when he gets home from work. Yay! 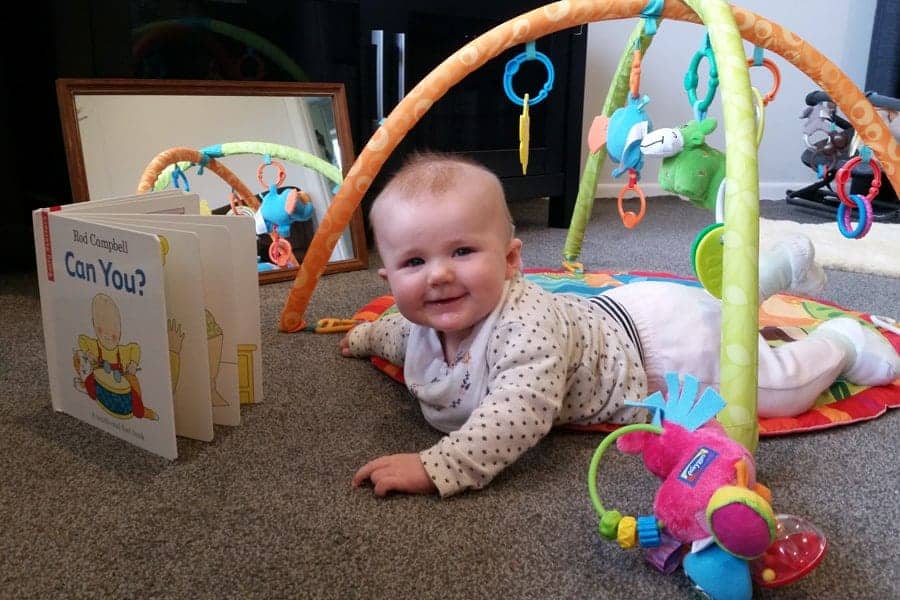 So remember how last month I had finally decided to just enjoy the fact that I had a dream baby and if she suddenly became more challenging I would just deal with it then. I shouldn't have said it. Should have just kept my mouth shut and enjoyed being quietly smug about the fact that my 4 month old baby sailed through the dreaded 4 month sleep regression and was still sleeping through the night. Because since about 4.5 months, little miss Sadie has started waking up 3 times a night. It started with just a 4am feed which I could deal with - she had started moving around a lot more and I figured she was just hungrier, but then she started throwing in 2 more wake-ups just for fun. NOT fun! So now I'm into the new normal of getting up 3 times in the night. She likes to keep me guessing though - the 3 wake ups are never at the same time. One night it can be 11pm, 12am and 3am, the next night it's 10.30pm, 2.30am and 5.30am...you get the idea. But aside from the odd time that she's ready to party at 3am, she typically just has a quick feed then goes back to sleep...long may that last! Lucky she's cute. 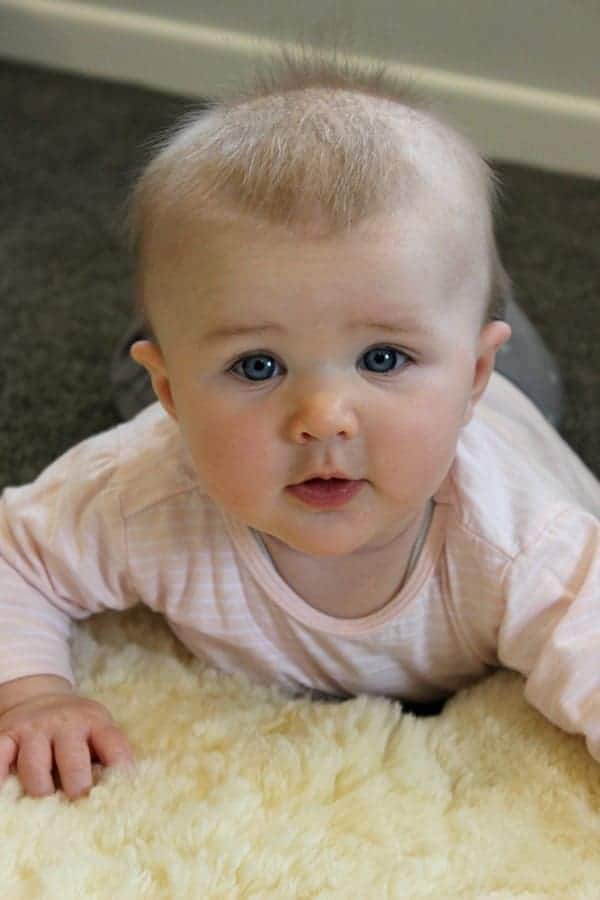 She loves being outside, playing with Sage and watching the chickens. I can't wait for summer so that we can spend more time outside. Sadie really likes being outward facing in the front pack - we have an ErgoBaby 360 which we LOVE! As long as it's not raining I take Sadie out in it every afternoon for an explore - she still likes facing inwards but she is so happy facing outwards. Especially when she can see Sage! Those two are going to be the best of friends. 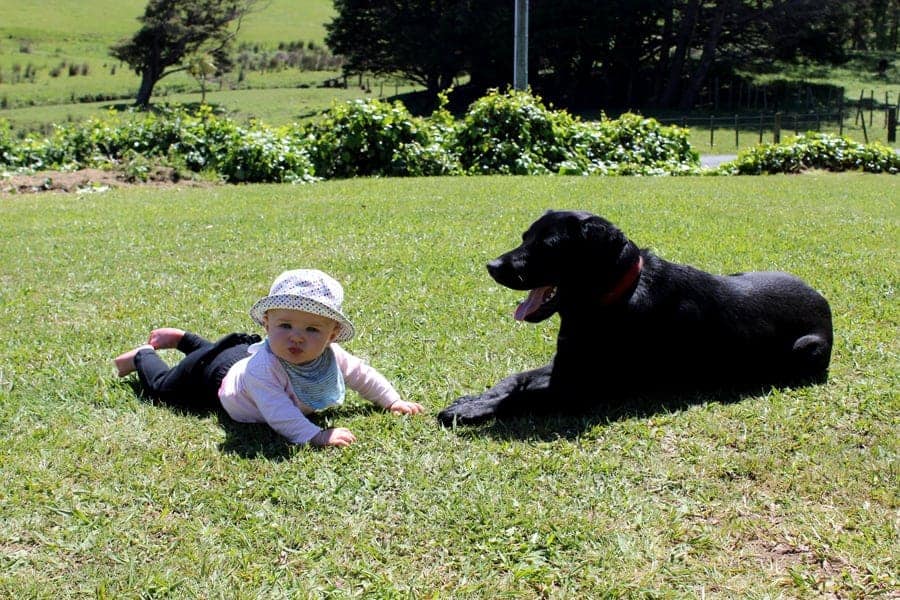 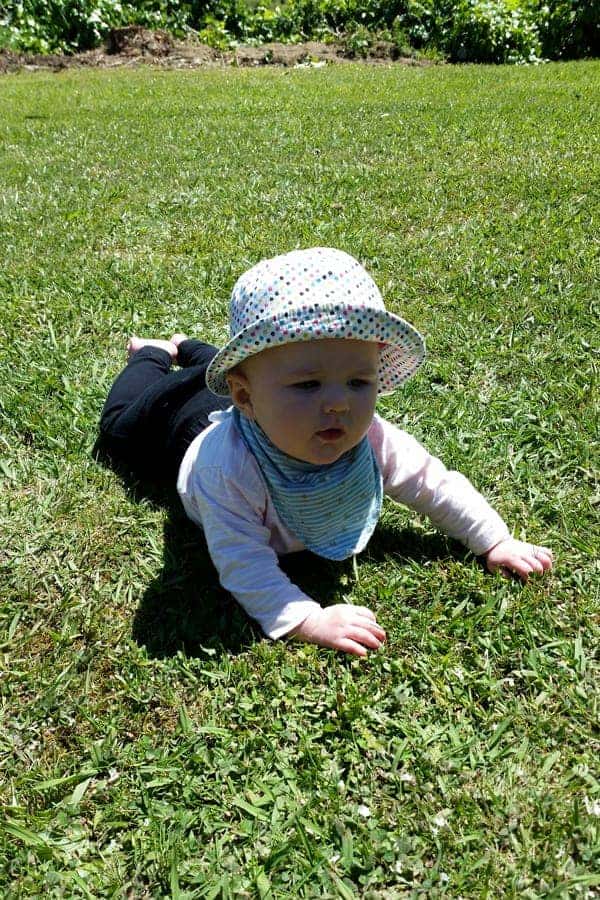 Something new this month which is now Sadie's favourite thing is the Jolly Jumper. She goes crazy in it! It's perfect, we put her in while we are eating our dinner as it's the only thing that keeps her attention long enough for us to be able to leisurely eat our meal! She likes it more than what it looks like in this picture - I think she was almost ready for bed! 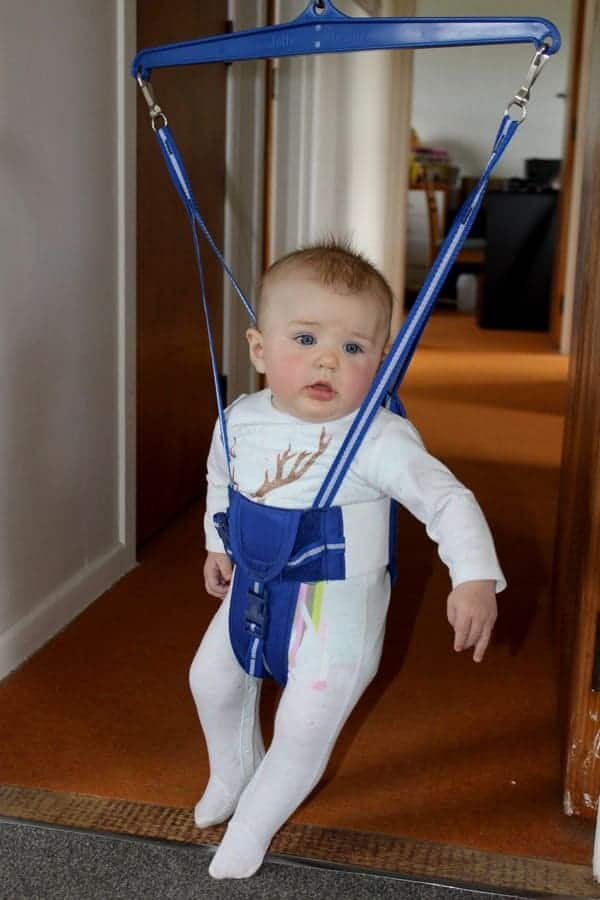 We also left Sadie for the first time. We left her with Josh's mum while we went and voted in the election and then I left her with my mum a couple of times while I went to the supermarket - it was so strange leaving the house with just my phone, keys & wallet! And Sadie was asleep the whole time so she didn't even know! 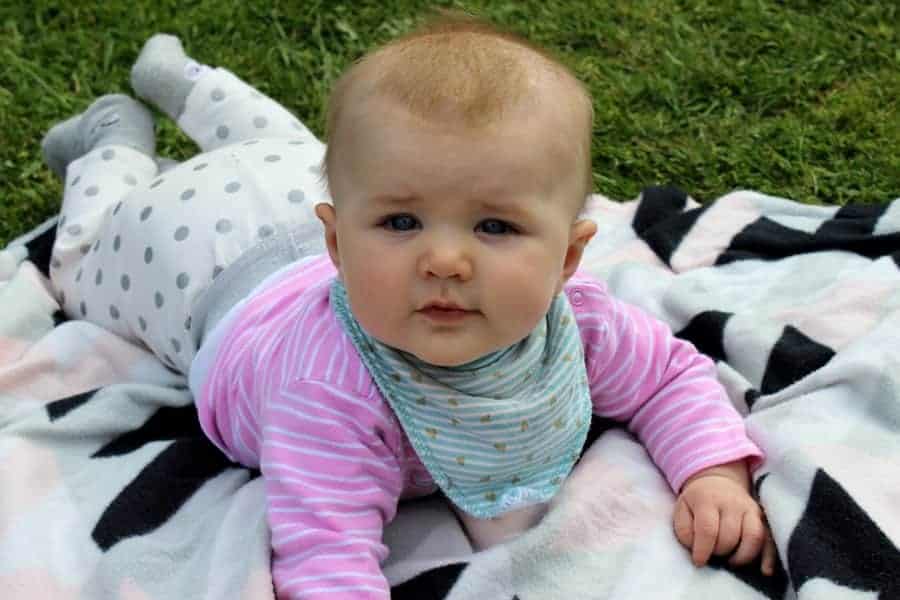 We are still going to swimming lessons once a week which Sadie and I both love. Along with that and our weekly mum & baby Space class Sadie gets to spend lots of time with other babies and I get to chat with lots of other mums which has been so important for both of us!

Something else that has been awesome for us is that we are using cloth nappies for Sadie...I know, such a hippy mum! But where we live we don't get rubbish collection and you can't burn disposable nappies which is how we do dispose of our rubbish. Anyway, after using cloth nappies since Sadie was 1 week old I would use them even if I didn't have to. We use a brand called Real Nappies who are a New Zealand company (yay!) and they are awesome. They're no harder to use than disposables (which we still use overnight) and it just means an extra load of washing every couple of days. Perfect! Plus, there is something so satisfying about seeing a load of clean white nappies on the line when the sun is out. I know it felt like a huge win when Sadie was tiny - even though I was still in my pj's at midday and hadn't showered in a few days I was using cloth nappies and saving the environment! Plus, they look super cute under a tutu! 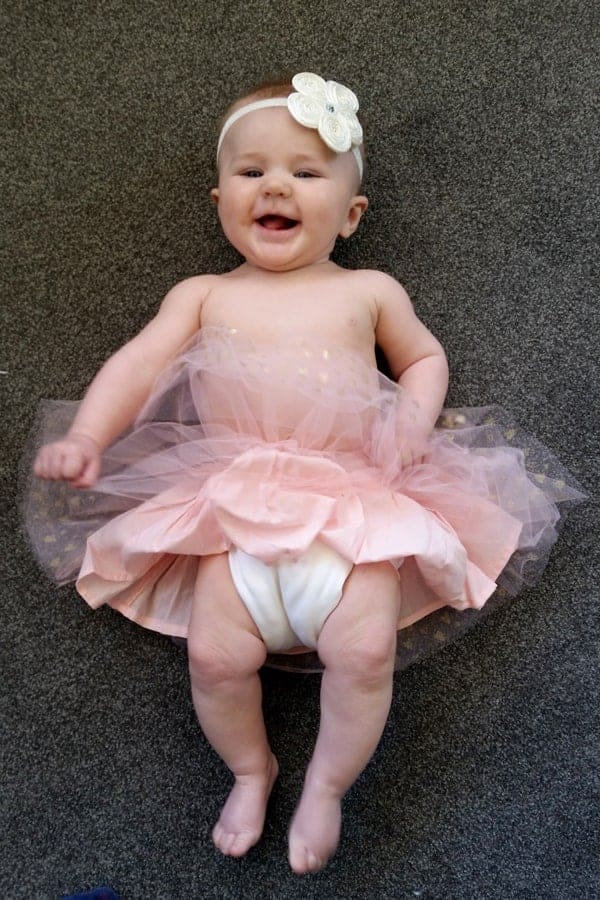 And her latest trick - putting her feet in her mouth!! 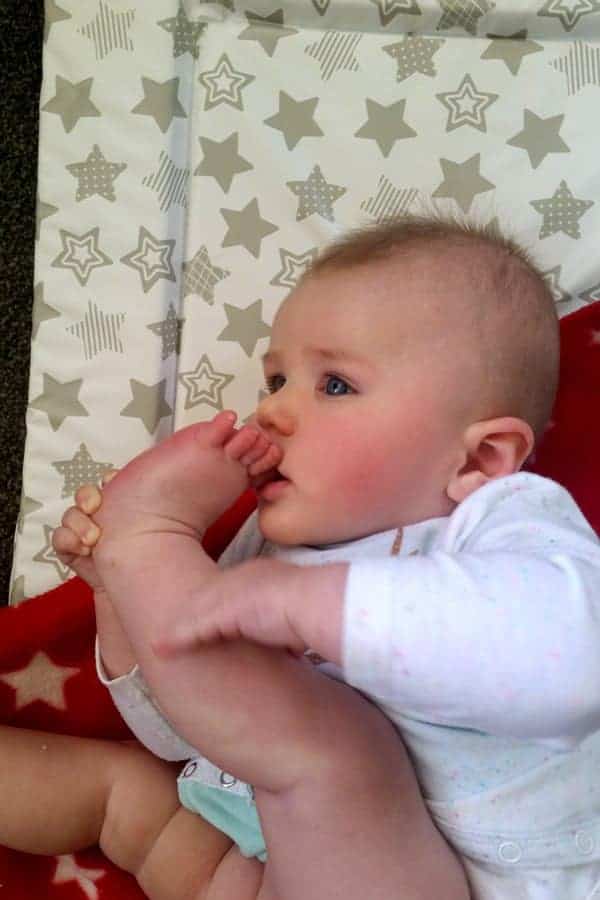