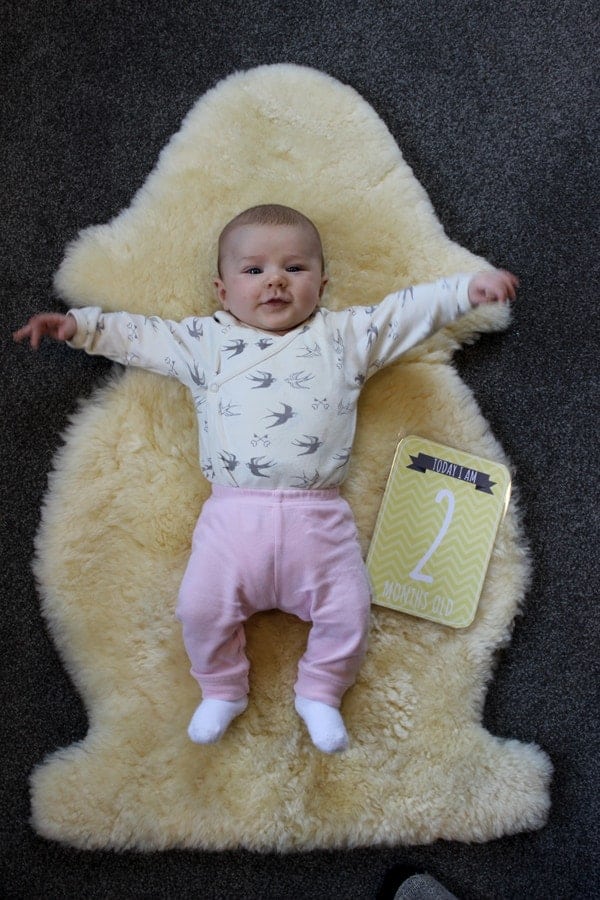 The last month has been a real mixed bag. Sadie has grown and changed so much in a few weeks which is exciting and sad all at the same time...our little newborn is starting to look much more like a real little person than a squishy baby!

I'm still finding the whole parenting thing super confusing. I feel like it's a constant battle being happy with what she's doing, but also worrying about her! It's great when she sleeps for long periods overnight (she's doing 5-6 hour blocks) but then I worry that she's not feeding enough and needs to wake up more often! Not that I would EVER wake a sleeping baby...but there have been times that I've woken at 3am after she's been asleep since 10pm and just looked at her to make sure she is ok! But I just have to remember that she will let me know when she's hungry and she has been gaining weight really well, so there is no need to worry...but I've pretty much accepted that I won't stop worrying about her for the rest of my life!

We had her 6 week immunisations which were traumatic for both Sadie and me. She screamed the place down and I just about cried! We also discovered (thanks to our lovely Plunket nurse) that Sadie had a lip and a tongue tie. There seems to be a bit of controversy around if you need to get this sorted or not, but we were having trouble getting her to latch on when she was feeding and it was getting quite frustrating for both of us. There is also some evidence that it can affect her eating solids, the possibility to create a gap in her 2 front teeth and can affect speech later on so it was a no-brainer to get it sorted. We were really lucky from the feeding point of view that she had obviously adapted really well as she has gained weight the whole time but the risks of leaving it definitely outweighed leaving it be. Unfortunately this meant getting it water lasered which was fine, but the poor thing was inconsolable that night - Josh did a great job pacing up and down the hallway to try and calm her down. We are now having to re-learn how to latch and I have to do little stretches in her mouth the stop it from reattaching. Phew! She has taken all of this in her stride and has been amazing - she's such a little angel! 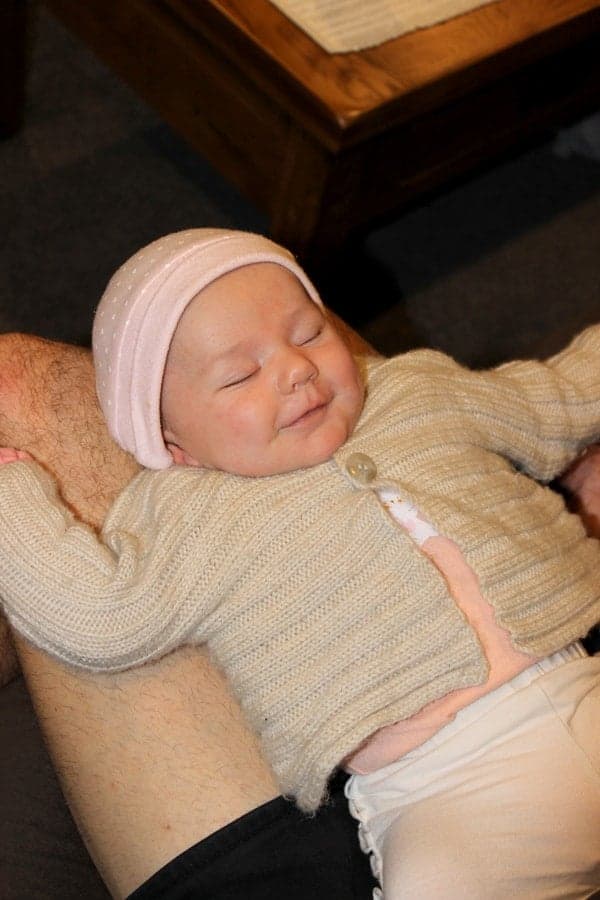 Sadie loves bath time & nappy free time...pretty much anything that involves her not having clothes on is a good time. It's just a shame that it's so cold at the moment so we have to limit this a bit...summer will be awesome! She kicks her little legs so fast in the bath that it makes such a mess - so much fun! 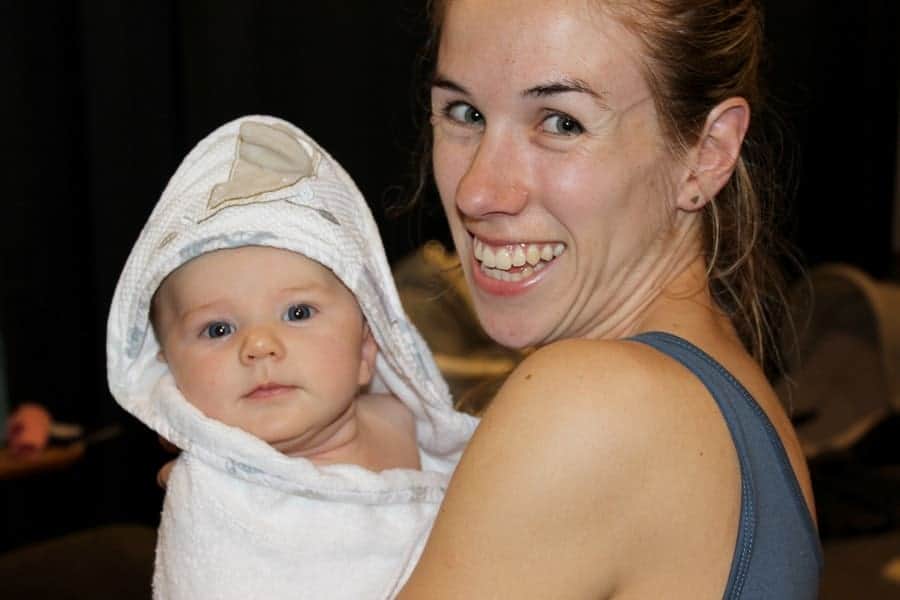 She loves lying on the floor and stretching out, especially when she's been in the car for a while. And speaking of being in the car, she is a really good little traveller. She will either go straight to sleep or happily sit there looking at herself in the little mirror we have so that I can see her from the front, and eventually go to sleep! We're really hoping this lasts, because it makes the 1 hour drive into town a dream! 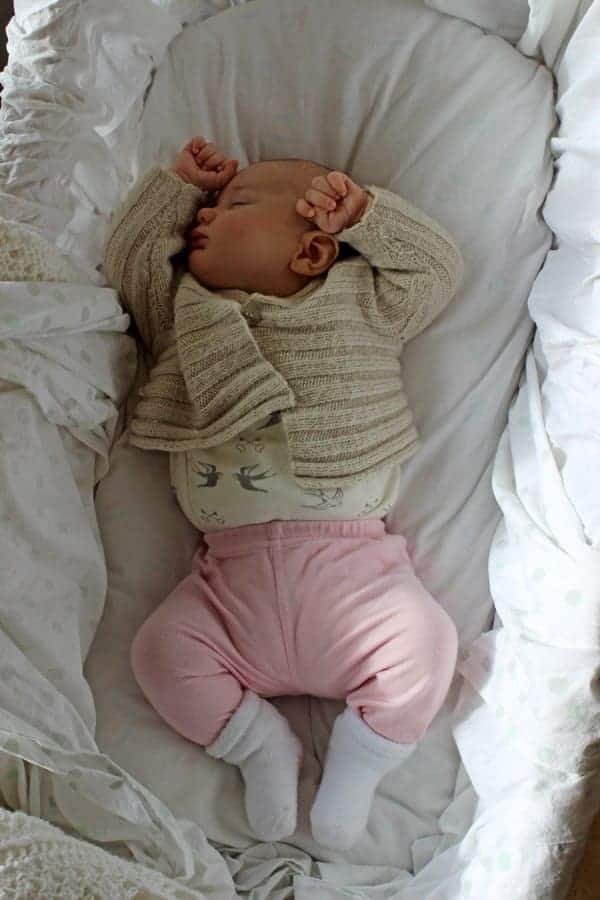 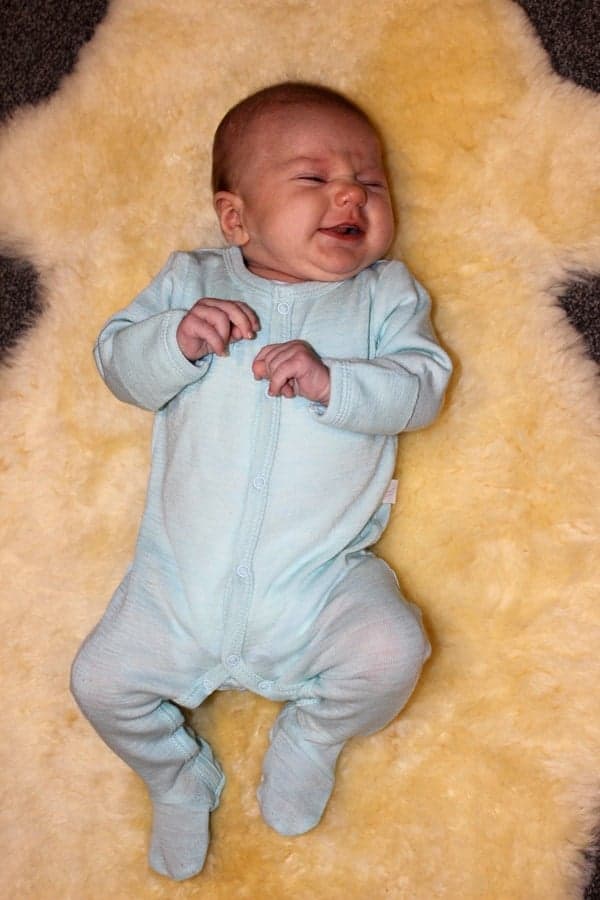 She also loves lying on the floor under her play gym. She has started to grab onto the toys now too! 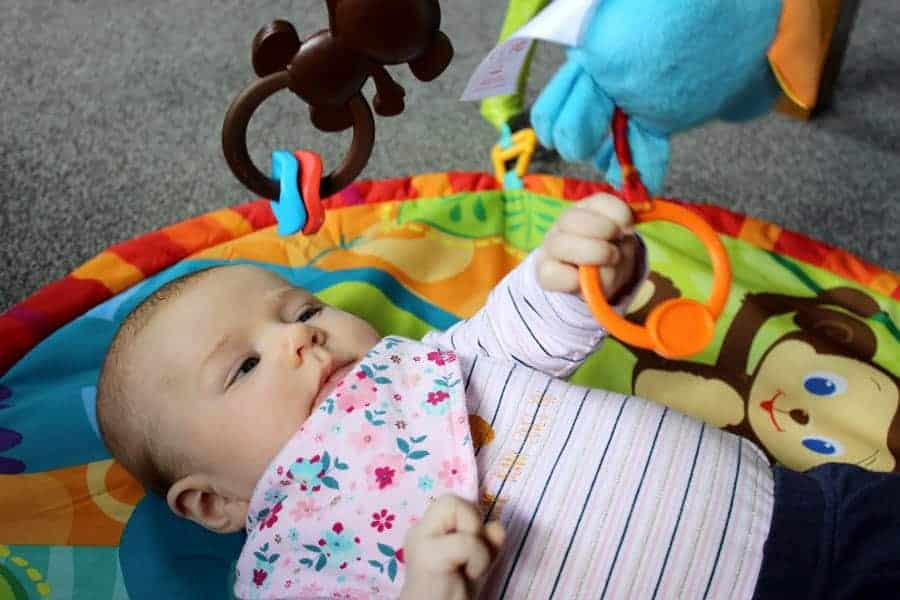 Sadie doesn't like going to bed before 10pm or sleeping for long during the day, but the night time sleeps more than make up for that! She has started to get a bit annoyed when she has the hiccups, and is also not super fussed on having tummy time. She will tolerate it for a few minutes but then usually ends up sucking her hand!

She is full of smiles...proper smiles too, not just the reflex ones! They go right to her eyes and they just bring us so much joy! I can't help but smile back, even at 3am! We even managed to get a little giggle out of her after bathtime the other night...Josh was roaring at her and she thought it was hilarious! 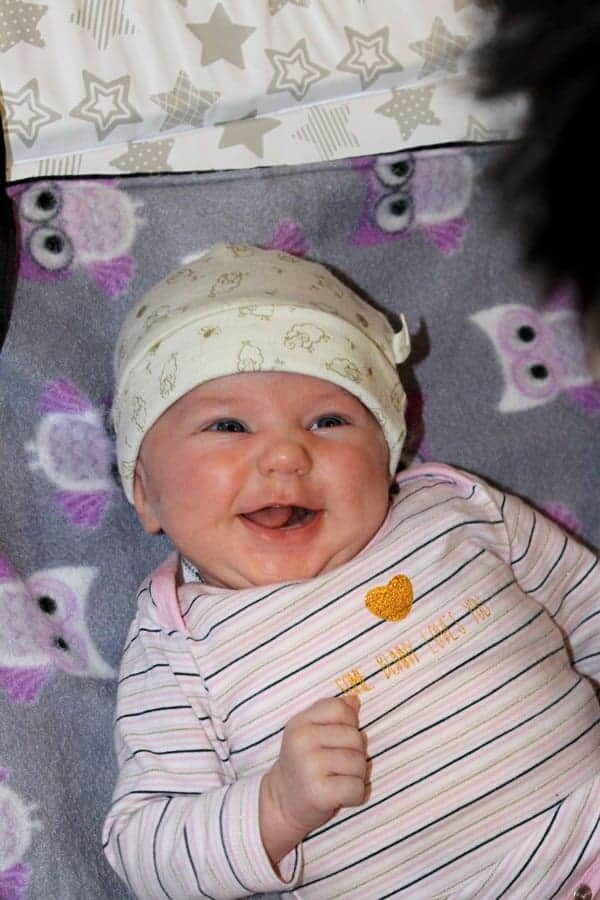 Sadie has also started being more vocal...she is discovering new noises all the time and has this one noise that is really conversational...she uses it when we are talking to her and it's like she's trying to communicate with us!

She is so cheeky and I think we are going to have our hands full with this one. Lucky for us, I'm getting good at doing things one handed! 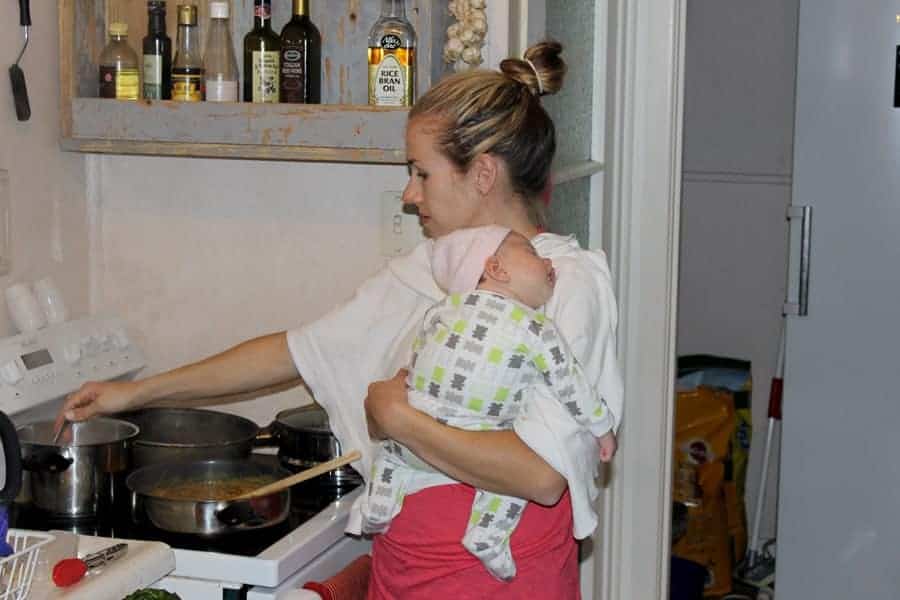