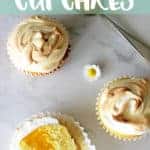 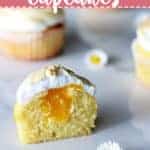 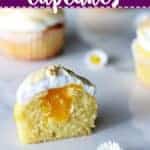 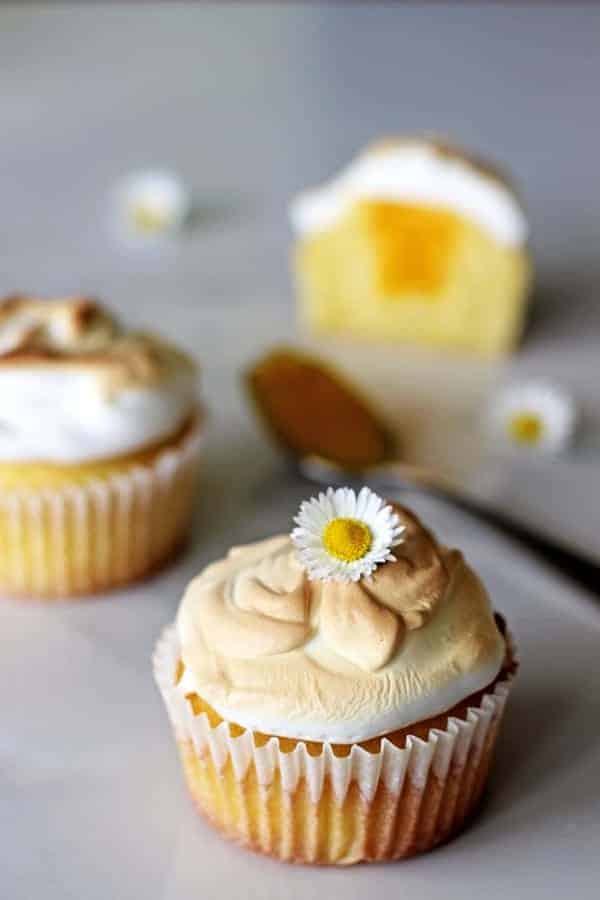 I have theeeee BEST spring treat for you today...Lemon Meringue Cupcakes!

Are you guys so excited it's spring? I can't wait to do all the things on my spring to-do list...you guys are doing it too right? 🙂 Obviously since the 1st of September it has been still cold and rainy but at least the days are a bit longer! We had our big community rugby/netball day this weekend which was so much fun but was a huge late night on Saturday so Sunday was spent snuggling on the couch watching movies and making the most of the inside weather before I can't bear to be anywhere other than outside!

I've been wanting to make lemon meringue cupcakes for a while. Our chooks are laying lots of eggs, our lemon tree is laden and the sun is shining...well, it was for 5 minutes while I made these. What better time?! Plus they remind me of daisies so anything to do with flowers is automatically spring friendly! 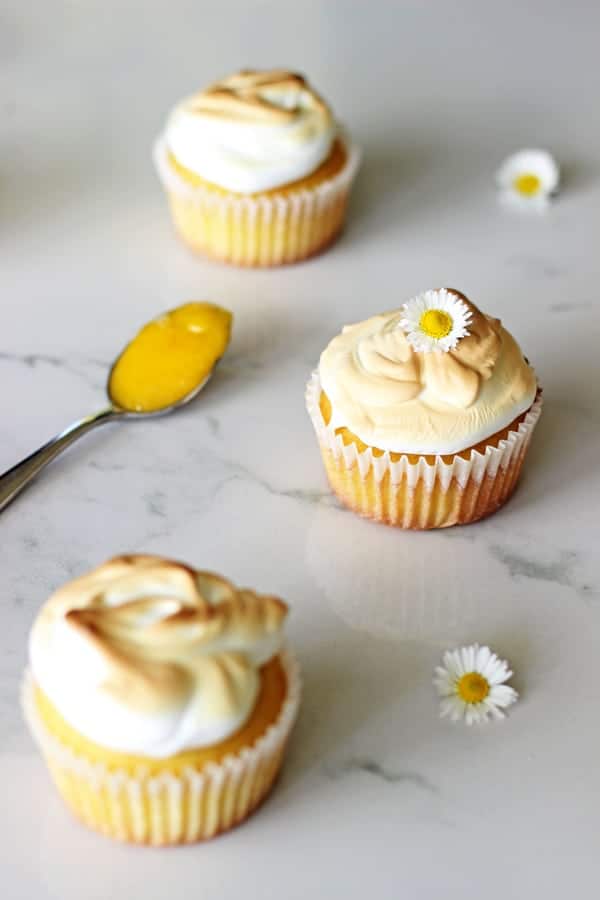 The lemon cupcakes are simply my favourite vanilla cupcake recipe with a little less vanilla and a bit of lemon zest added. Just enough to give them a little lemony kick but not enough to take away from the curd filling.

The cupcakes are then hollowed out and filled right up with delicious tangy lemon curd. I usually make my homemade lemon curd using whole eggs because I have super strong feelings about only using half of the egg in a recipe, but obviously in this instance you need the egg whites for the meringue topping so I used just egg yolks for the curd and it was perfect.

To fill the cupcakes, let them cool completely, and then using a knife or an apple corer make a hole in the centre, about 1-2 cm deep and round. You won't need the bits of the cupcake you have removed, so dip them in the leftover lemon curd and make them disappear 🙂 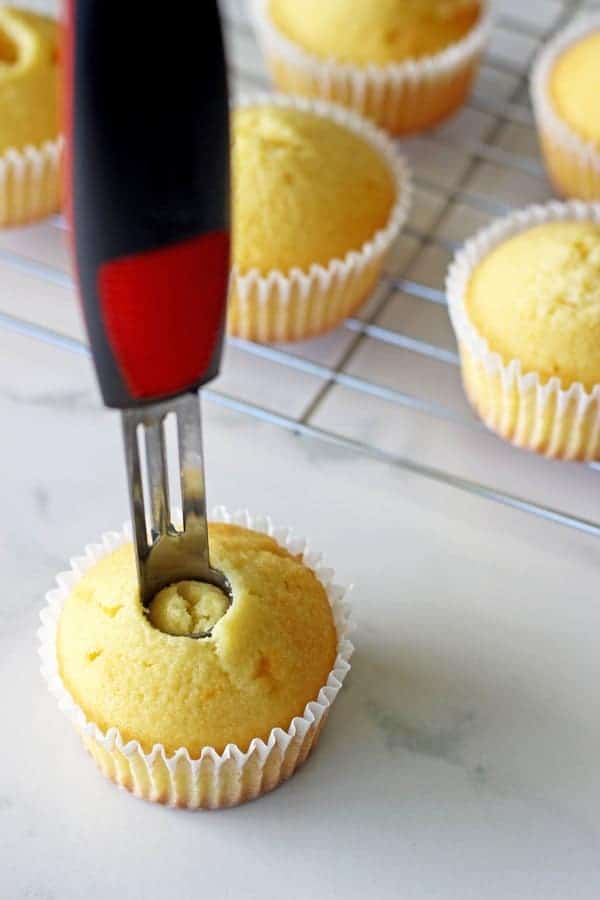 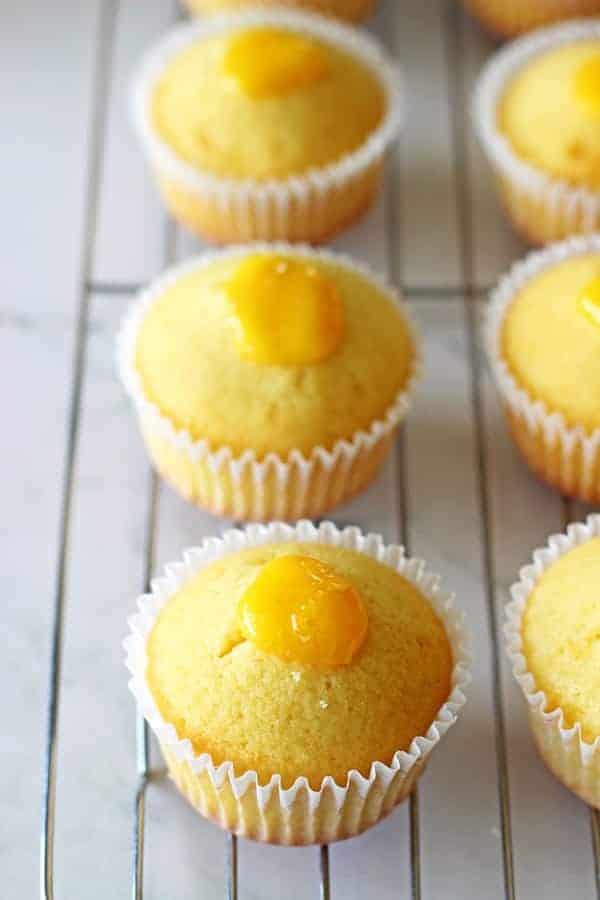 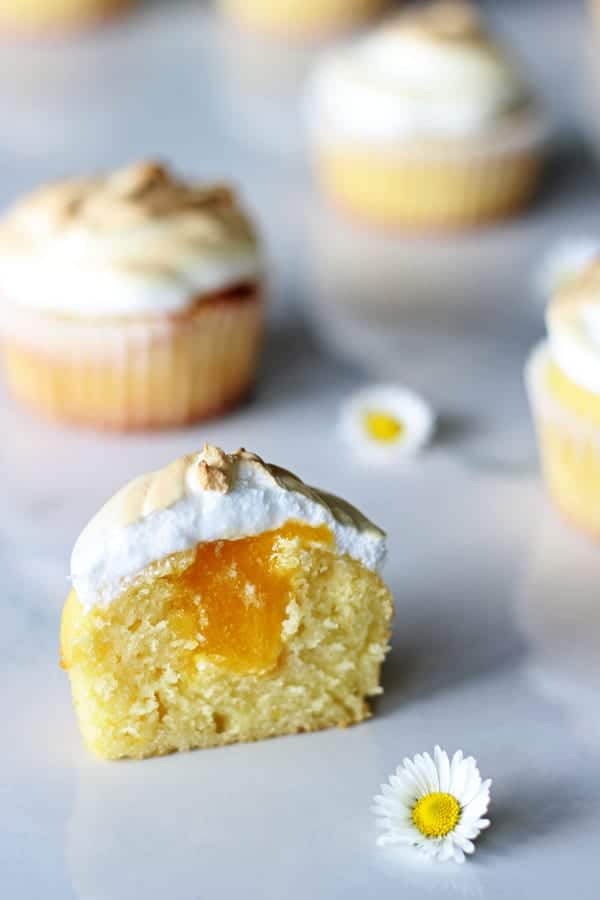 The meringue is simple to make - egg whites, sugar and vanilla all whipped up in a stand mixer until it forms stiff peaks like this 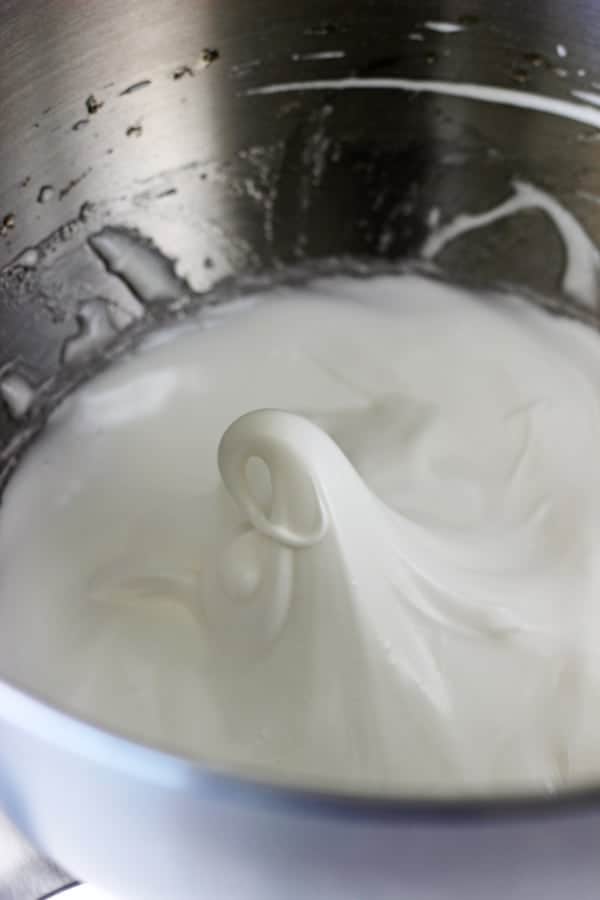 Spoon it on and put the cupcakes under the grill for a few minutes until the tops are golden brown - don't walk away to answer the phone though - they go from zero to 100 in no time! And I really don't want you to catch your oven on fire! 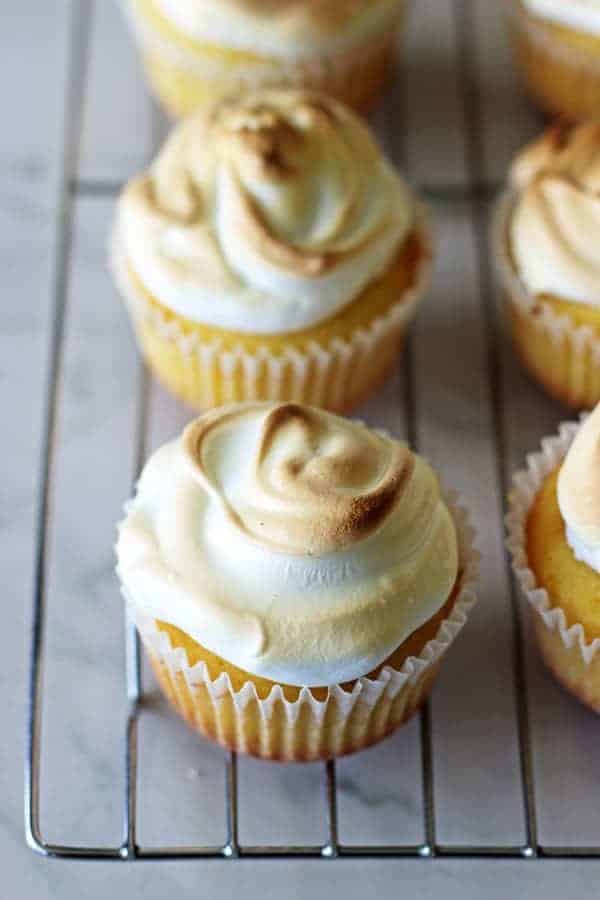 Theses lemon meringue cupcakes are so dreamy - they take a little more time than regular cupcakes but they are so worth it! Perfect for spring! 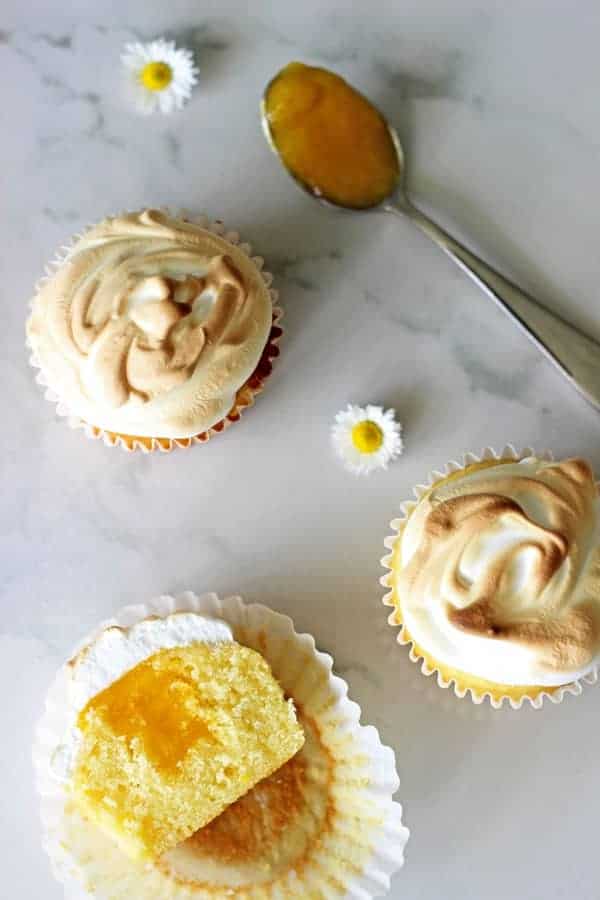 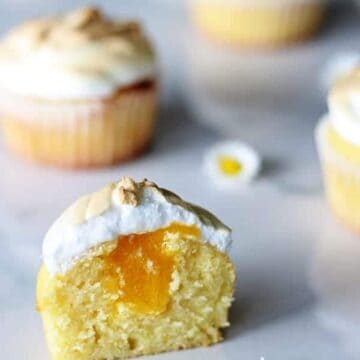 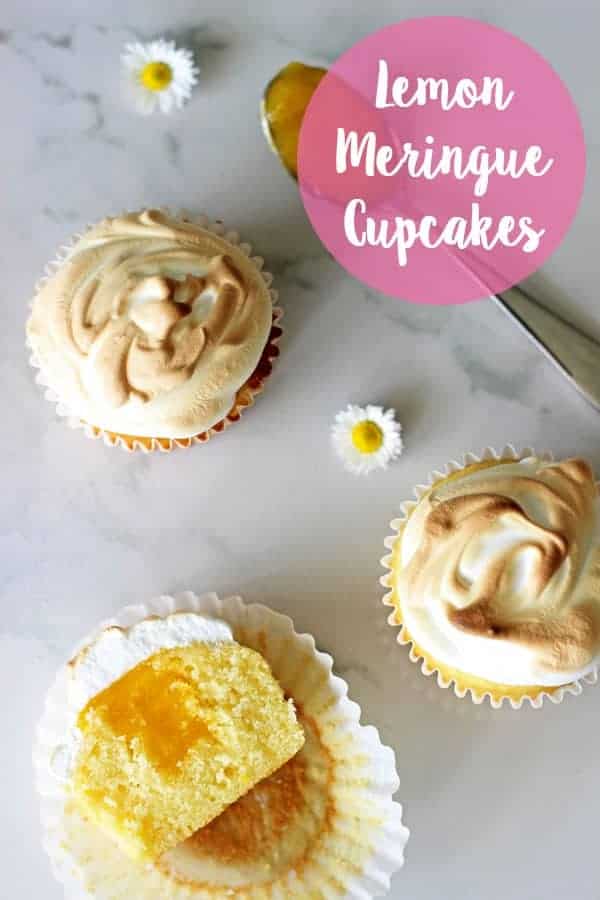