As much as I love making homemade bread, there is a bit of a catch. The fact that there are no nasty preservatives in it is a huge bonus and is one of the main reasons I love making it, but it also means that it goes stale pretty quickly. 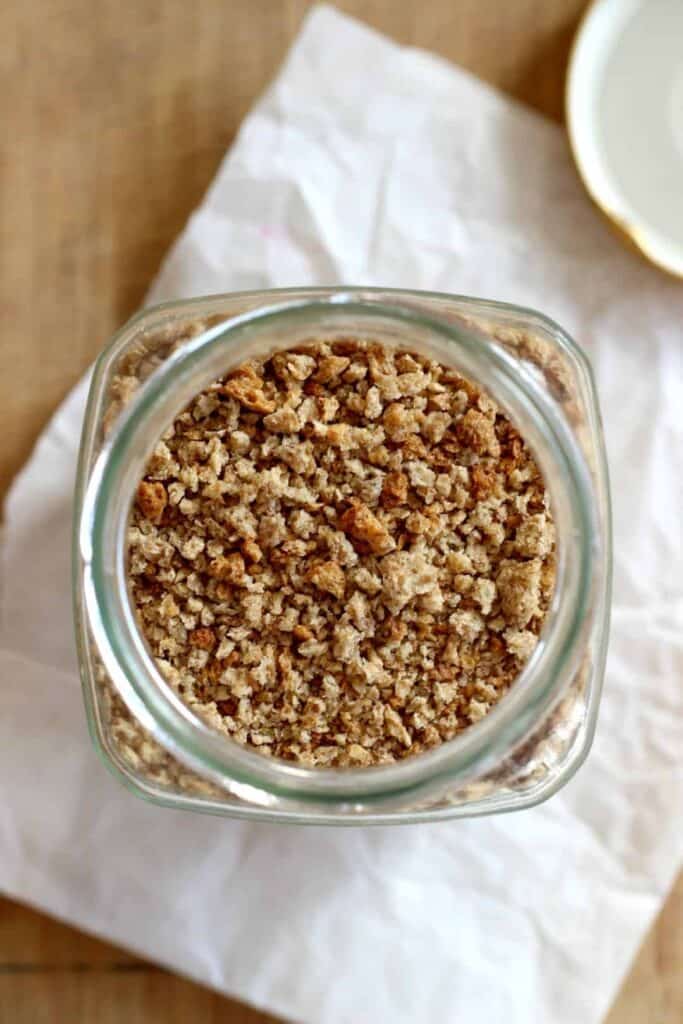 A loaf made in the bread maker really only lasts a couple of days and even though Josh (who can eat about 8 pieces of toast in one sitting) does a pretty good job trying to finish it, there is usually still some left that goes stale. While we can feed it to our pigs or chickens (and they loooove it) it still seems like a bit of a waste so I figured, why not make homemade breadcrumbs! Because, you know I'm a bit obsessed with making things from scratch!

Also, on a totally unrelated note, can you tell I was wearing my favourite pink sweatshirt when I took this picture? Haha whoops! 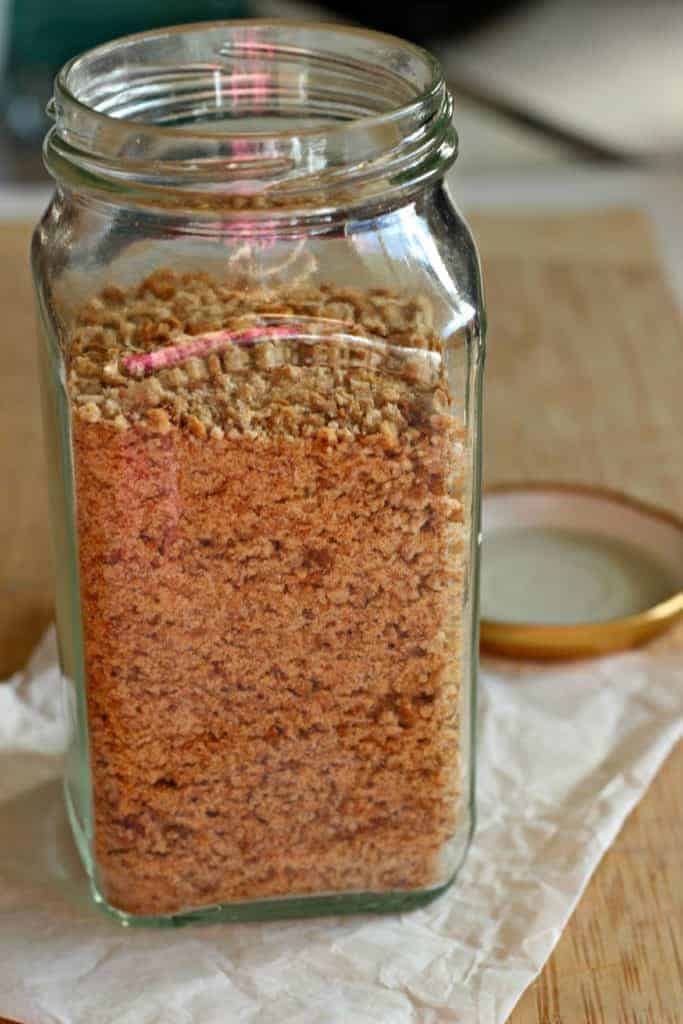 Making breadcrumbs is super easy and only takes 5 minutes if the bread is totally stale. If there is still a little moisture in the bread, break it up, put it on a baking tray and put it in the oven for 15-20 minutes until it has dried out. This will ensure the breadcrumbs don't go mouldy. 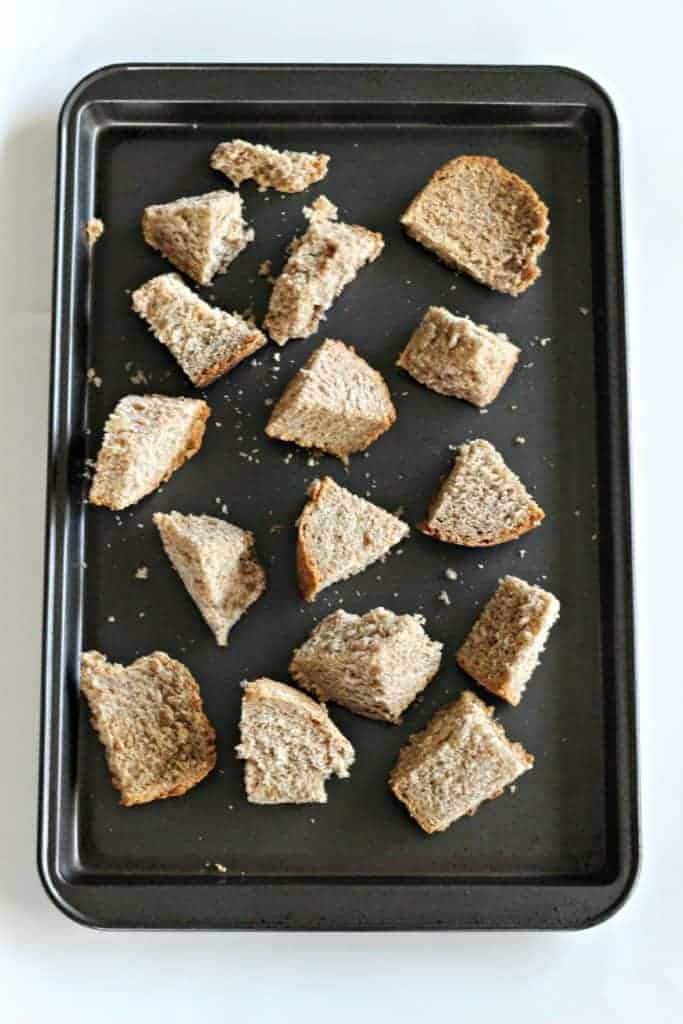 Let it cool down and then whizz it up in a food processor or blender until it looks like, well, breadcrumbs! Word of warning - this step is super noisy so maybe avoid doing it at 3am or while your kids are asleep! 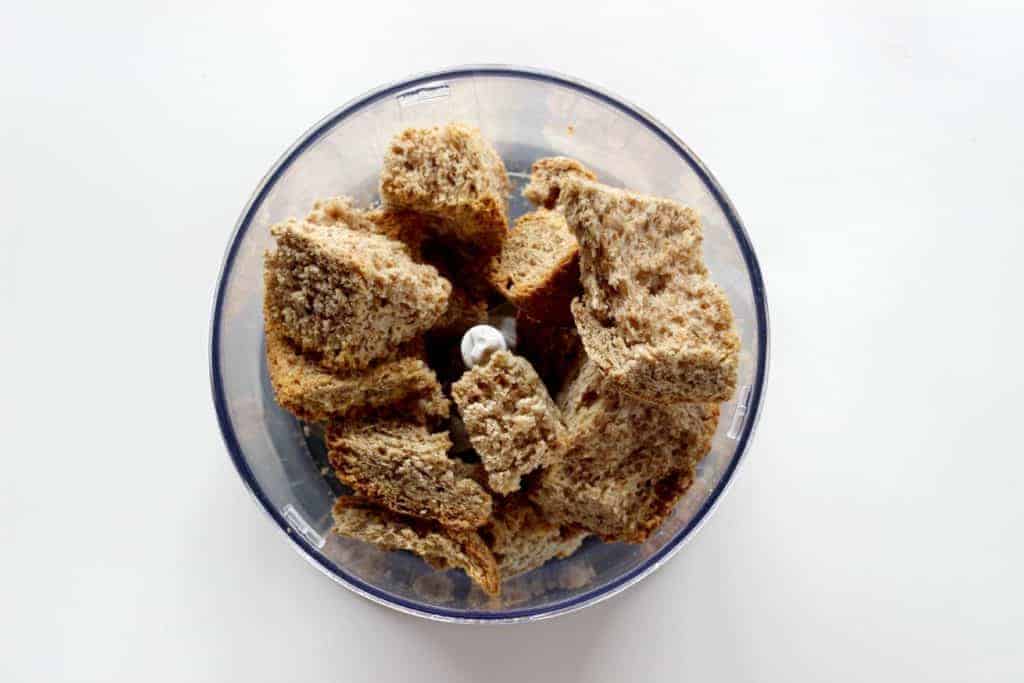 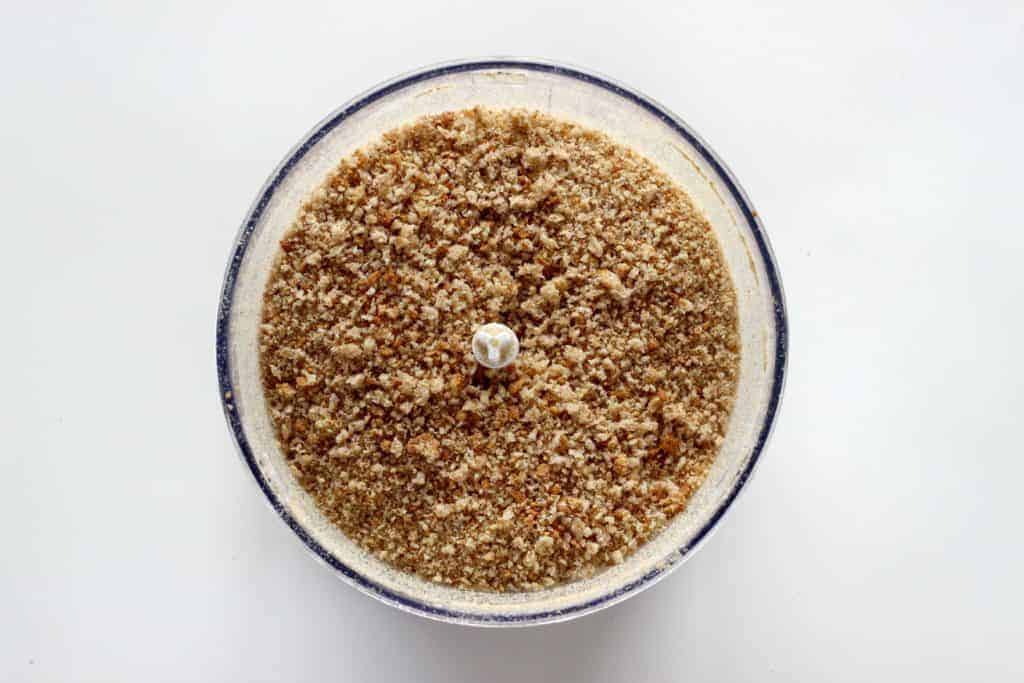 I found that mine were still not quite dry even after whizzing them up so I put the breadcrumbs back on the tray in the oven (it had been heated and then turned off) for about an hour. You could also put them in the fridge uncovered until dried out. 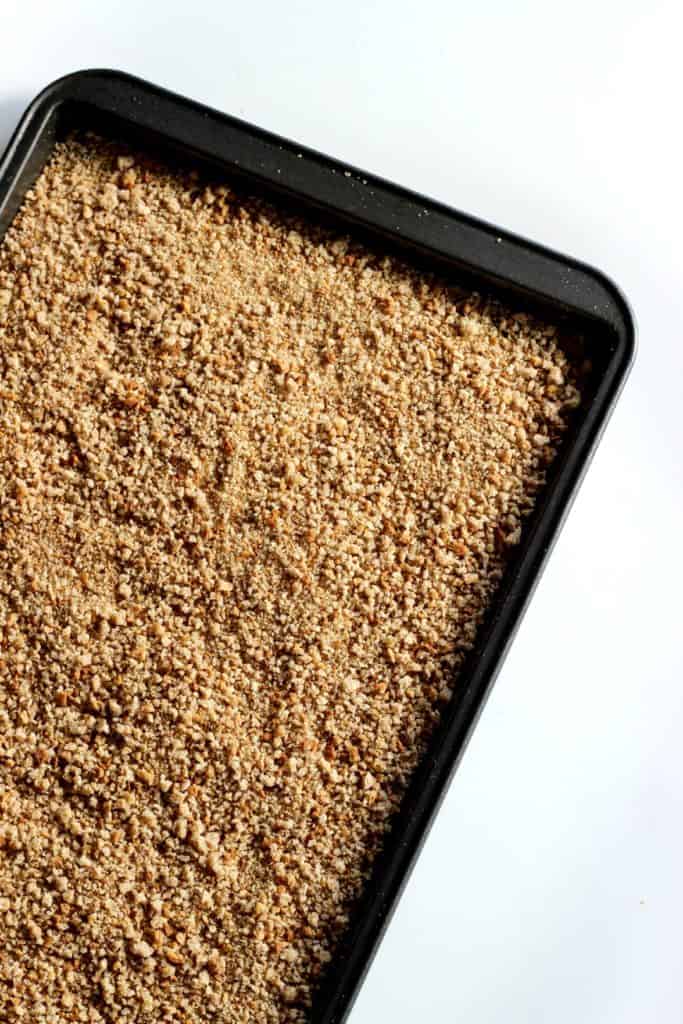 Once they are completely dried out, store in an airtight container and use in all recipes that call for breadcrumbs.