Josh is one of those guys that can pretty much do anything. He changes the oil in my car, he cuts down trees, he kills spiders and cooks the best burger. He is also a ridiculously good builder.

A couple of years ago when we got our first chickens he built a coop out of old off-cuts. He had never built anything before in his life and made this.

About a year later we needed another coop to keep some of the chooks separate and he completely blew me away with the world's most adorable coop!

And a few months ago he decided to upgrade the original coop and build something straight out of the wild west. 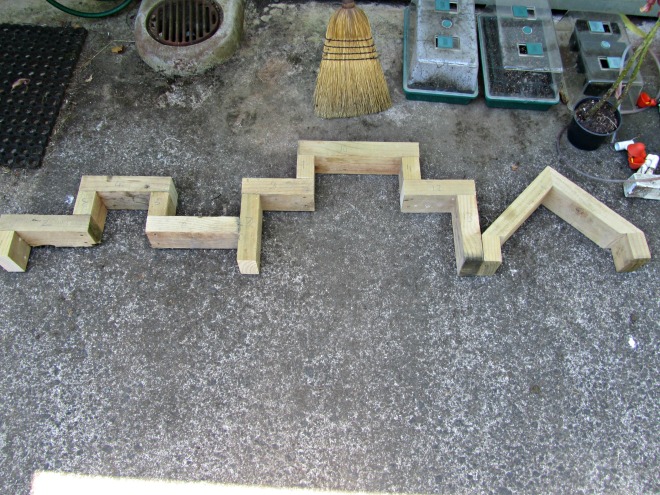 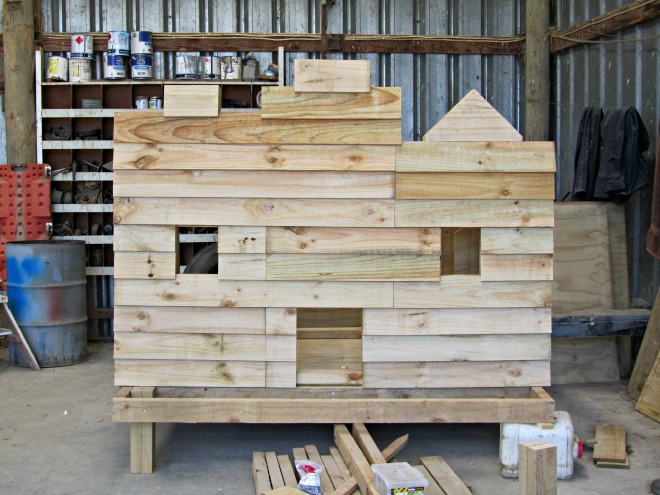 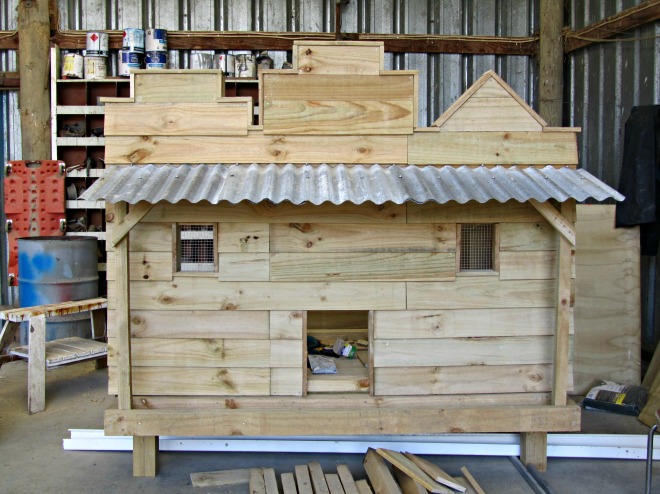 A couple of strong guys later this baby was in her new home. 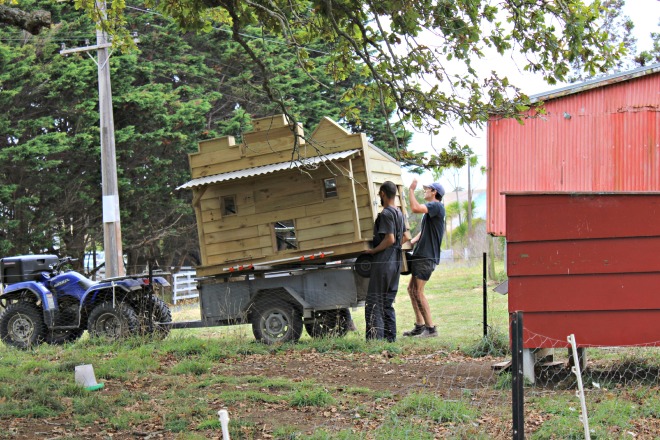 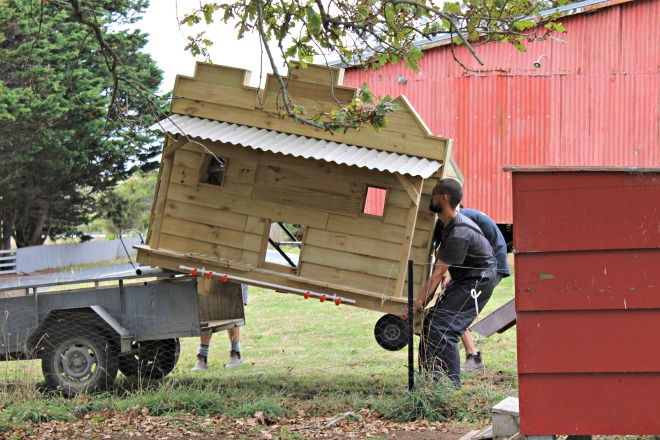 This is where we get in. And their ginormous water container that feeds through to the cutest little water bowls at the front! Because I'm pretty sure cute is what Josh was going for... 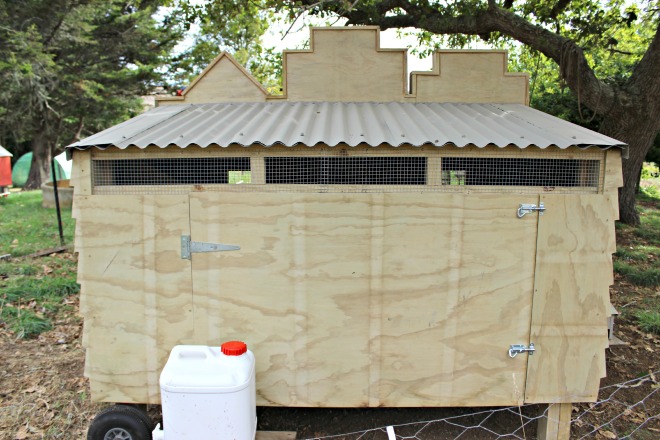 We put lino on the floor - makes cleaning the coop super easy! And also officially makes it fancier than my house. 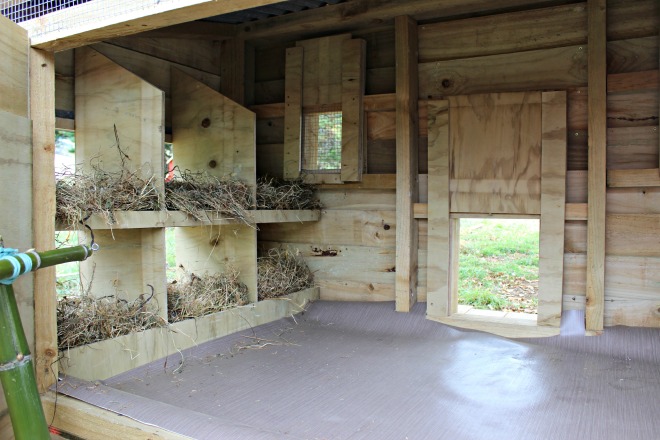 And here is the caretaker putting down the wood shavings. 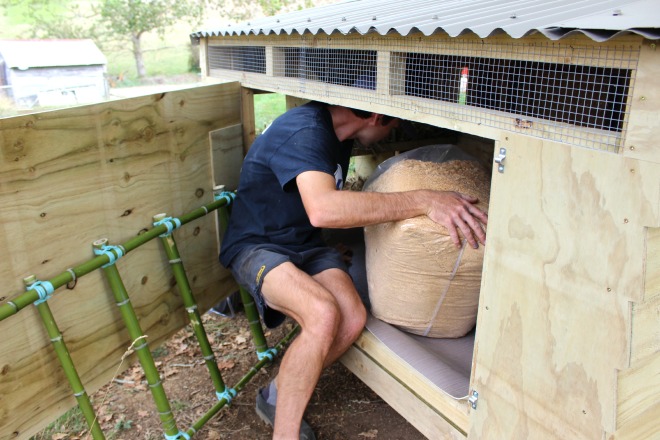 Bedrooms to the right, all with their own ensuite and walk-in-wardrobe. We made the roosts out of bamboo. And by we I mean Josh. 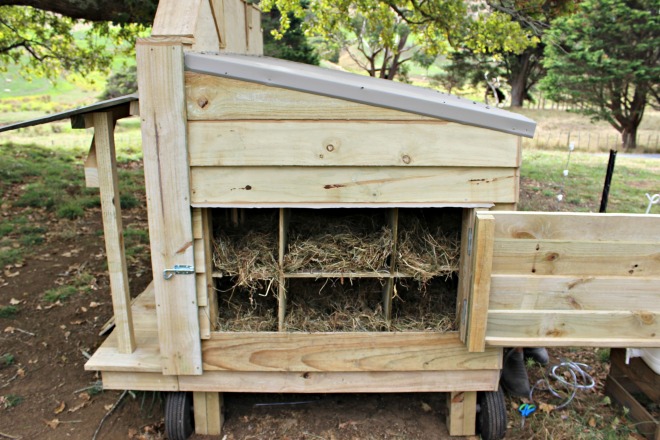 Hey, nice nesting boxes. So far, they only use the bottom left hand corner one. But there are 5 other fully functioning cosy boxes should they want them! 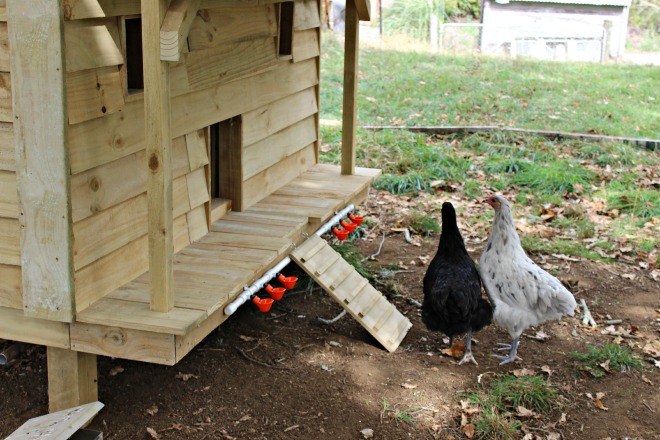 Checking out their new home. I wonder what they talk about around their water cooler? Betsy, she is just plain mean pushing me off my roost at night. I haven't laid an egg in days I'm so shaken up. But see what I mean about the waterers - so cute!

And they have a porch. Argument #2 that this is fancier than my house.

All that's left to do is make little signs for the 3 buildings...I'm thinking Saloon, General Store and maybe Jailhouse. Or maybe just one large sign at the top saying "The Ritz". Ha! I'm open to suggestions!

« Friday Favourites {even though it's already Saturday!}
Hot Cross Muffins »