*Please note this post does contain some slightly graphic images of the process so if you are squeamish, maybe just scroll through the pictures really fast!

Well it's only taken me another 8 weeks to write this post so here goes. The business end of raising chicks for meat. I wasn't sure how I was going to feel about having to kill the chicks that we had raised from 1 day old but I was absolutely fine. I think knowing right from the start that the purpose of these birds was for meat made it much easier. And I was looking forward to my roast chicken!

We 'graduated' the chicks in 2 batches as it is quite a lengthy process by the time you cull, pluck, gut and clean - first time we only did 3, and then the other 8. They all weighed in at just over 3kg which we were very happy with.

Firstly, we had made sure not to feed the chickens for about 12 hours before we were going to process them - this just makes it less messy from the gutting point of view. We picked the first chicken out of the paddock and took it to the cone that we have attached to a tree. Josh used a knife to cut the throat and we let the chook bleed out which only took a few minutes. This is an important step in the process as if not bled out, the birds have a tendency to bruise in the plucker.

The next step was to scald the bird. We had a gas hob with a large stock pot filled with water that we got to a temperature of 65°C. Hot enough to loosen the feathers but not too hot as to start cooking the bird! Holding the bird by the feet we dunked it in the water for about 45 seconds. It was then moved to the plucker. The first time we processed birds we were plucking by hand. While not a hard job it was very tedious and time consuming so Josh being the builder he is, found a model online and built a motorised plucker from a 200L plastic drum, a metal plate, rubber fingers and an old motor. And it is brilliant! Never again will I pluck a chicken by hand. It took about 30 seconds and all that was left were a few big feathers that pulled out quite easily. 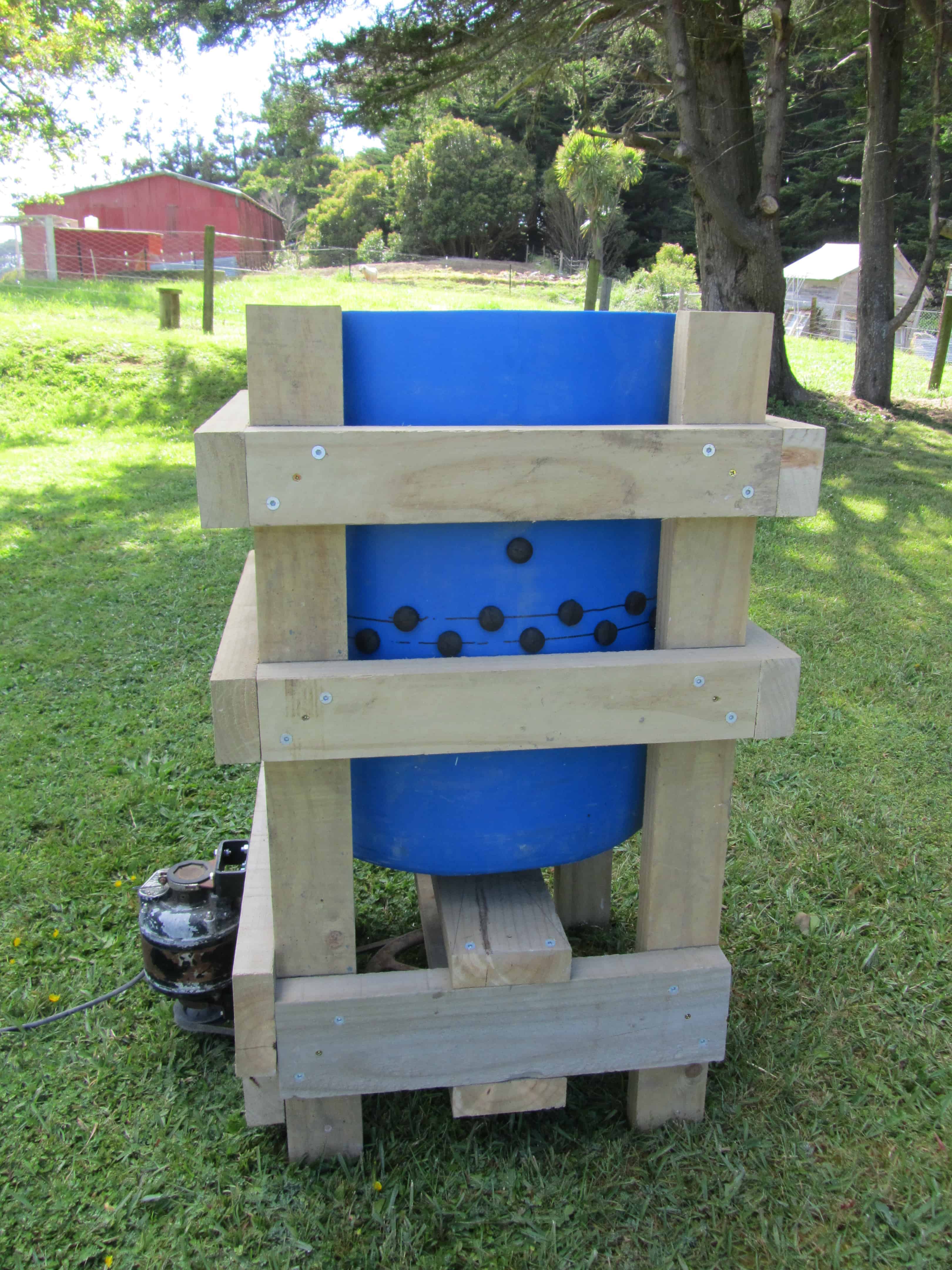 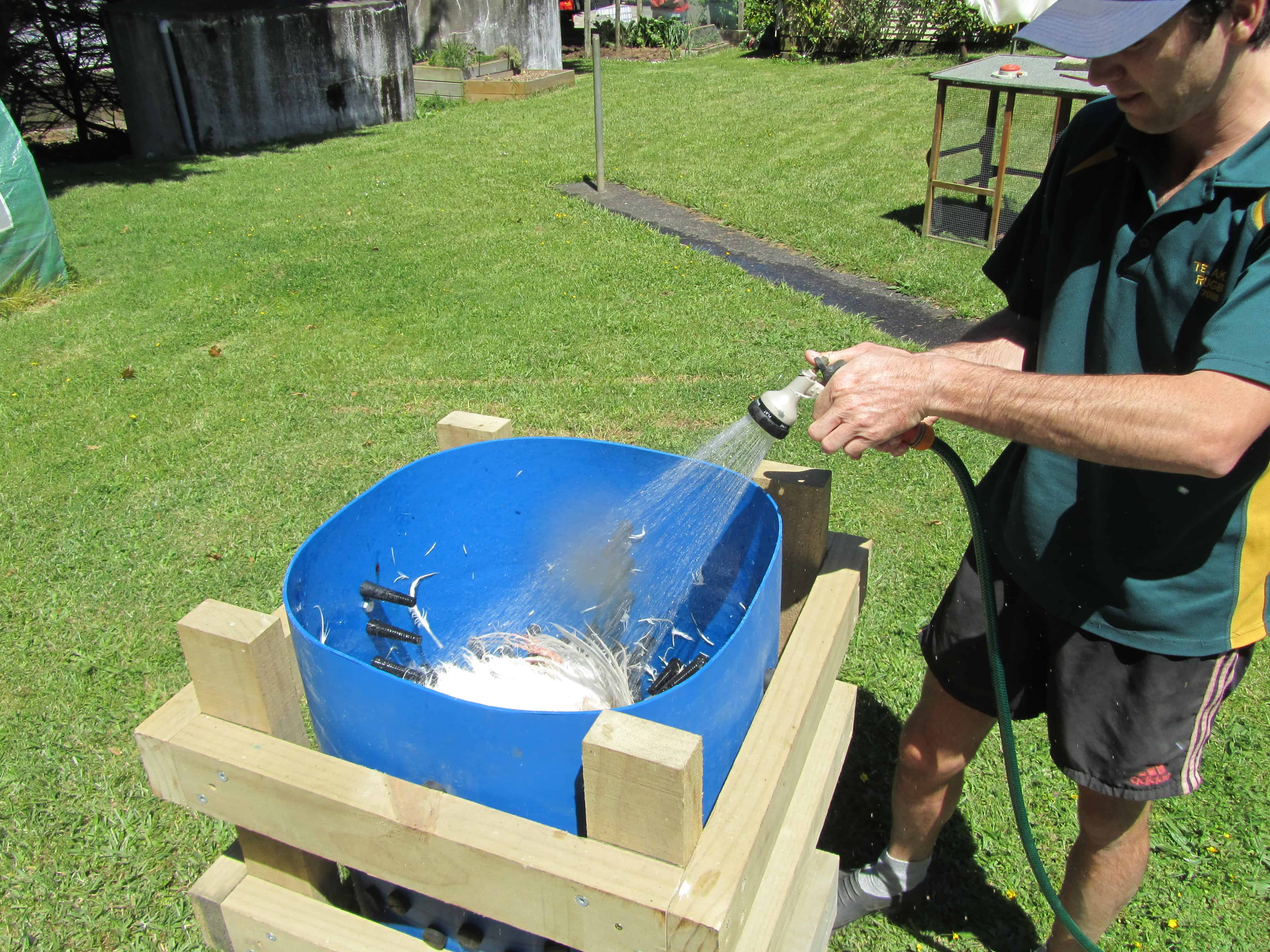 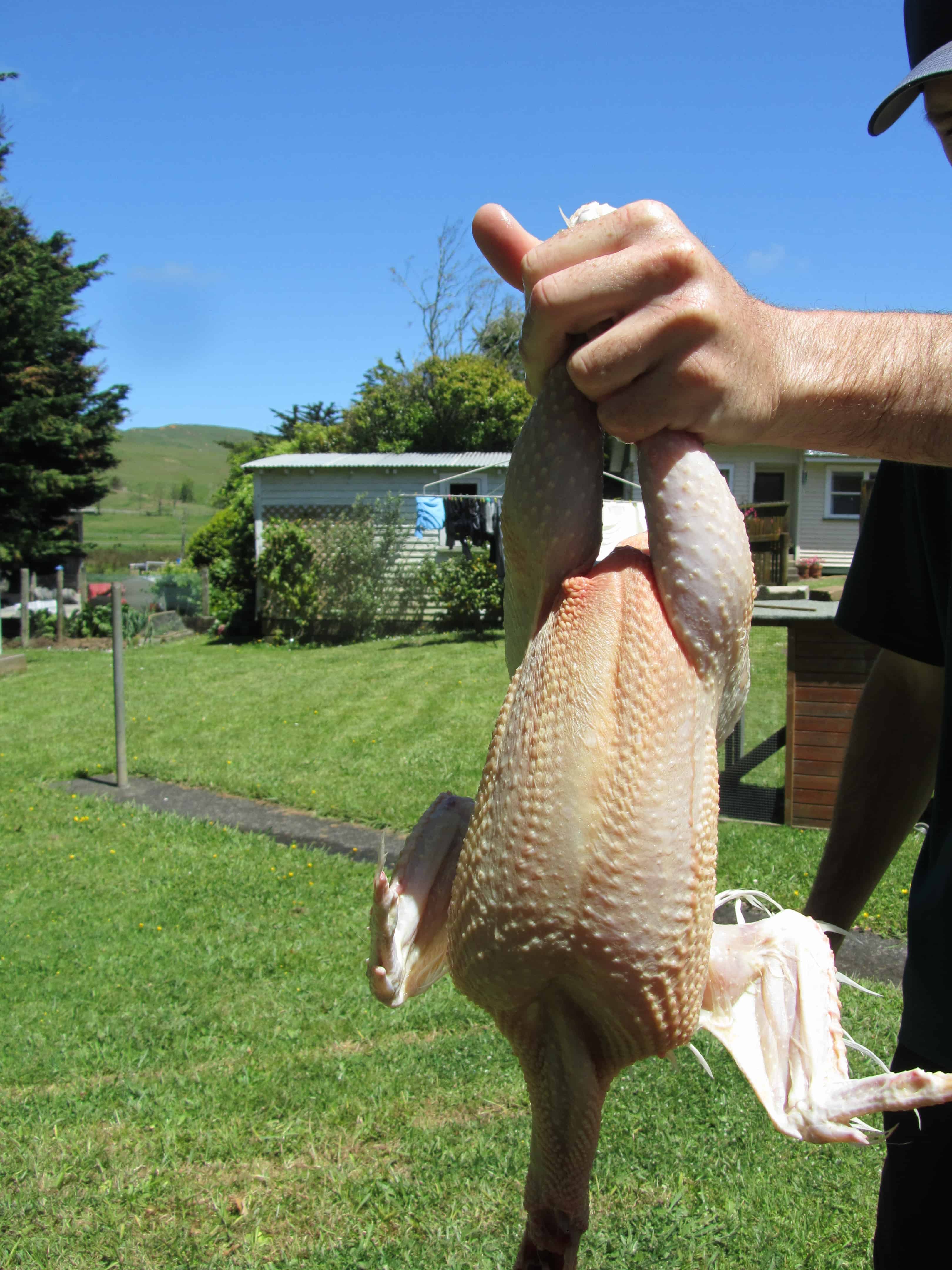 I then had the job of beginning the gutting while Josh started on more chooks. First was cutting off the neck and removing the crop - you need to be careful to not cut the crop as this is where they store their food and it can contaminate the meat, however as we had not fed the chickens their crops were empty. Next, I flipped the chicken around and carefully cut around the vent. You have to be even more careful at this point as you need to avoid the intestines and the stuff in them...you know...it could get gross. Once this was out of the way I cut a little way up so that I could fit my hand in and then you just have to get in there and fish out those insides...it's definitely not for the faint hearted! The insides pretty much all came out in one go except for the lungs which were pretty well up against the ribcage. I found that pushing my finger up underneath and prying them away from the ribcage worked well. Then the chooks were cleaned out, checked to make sure we hadn't missed anything and taken inside.

Some chooks we kept whole, but others we portioned into breasts, wings, and legs. However we decided to keep them, we washed them out again before putting them in snaplock bags and leaving them in the fridge for 24 hours. We had read that this gives the muscles time to relax as rigor mortis will have set in. After this period we put them all in the freezer. 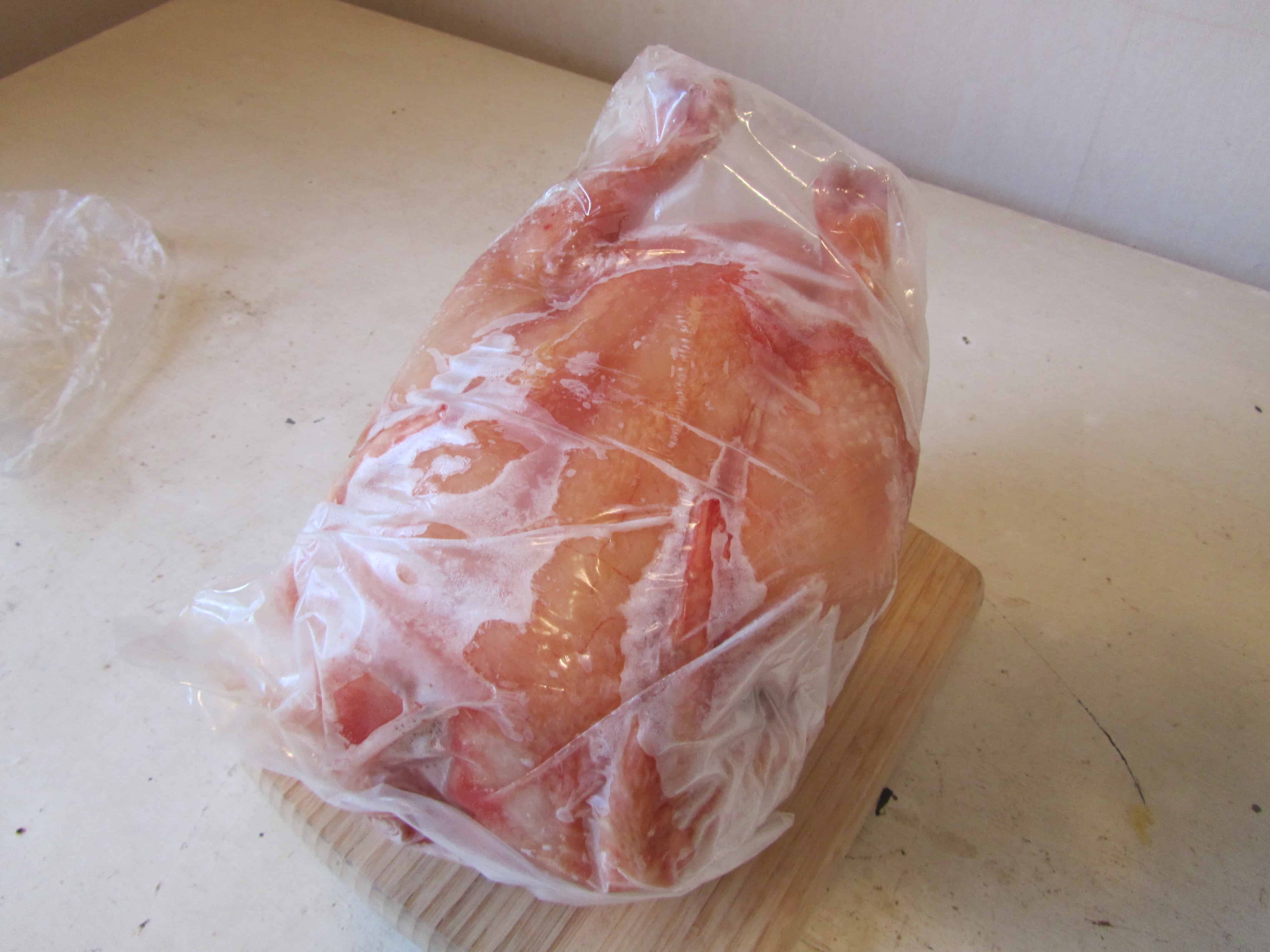 And that's it! Once we had done a couple we got the hang of it and it didn't take too long. The whole chickens weigh about 2.5kg which I think is pretty good. We roasted the first one the other night and it was nothing like any chicken I've ever eaten before. Extremely tender and SO tasty! I was so excited to eat it that I forgot to take a photo...whoops! Will update with the next one!

Knowing that these chickens were not force fed or locked up in cages and were able to do as they please is something I can't argue with. It was well worth all the effort we had put into raising the chicks from day 1 and we will certainly carry on raising chickens for meat.