"Yea, hanging out at home with Josh all week after we've had our wisdom teeth out will be awesome".

Don't get me wrong, it is approximately 1 trillion times better having Josh here too, but we can't do anything! I've watched more TV in the last 3 days than I have probably watched in the last 6 months and I can't handle it anymore!! I was trying to think what I would normally be doing if I was home over the weekend...oh yea, cooking. But no point in cooking delicious food when we can't even eat it!!

I'll spare you the chipmunk face photos but imagine me with 40 acorns in each cheek and that's kind of what I look like right now. It's a beautiful thing.

And the food...as much as I love mashed potato and soup and smoothies and ice-cream I just want a steak. Or a taco. Or some chips. Something with a little texture!! Something I have to CHEW!! 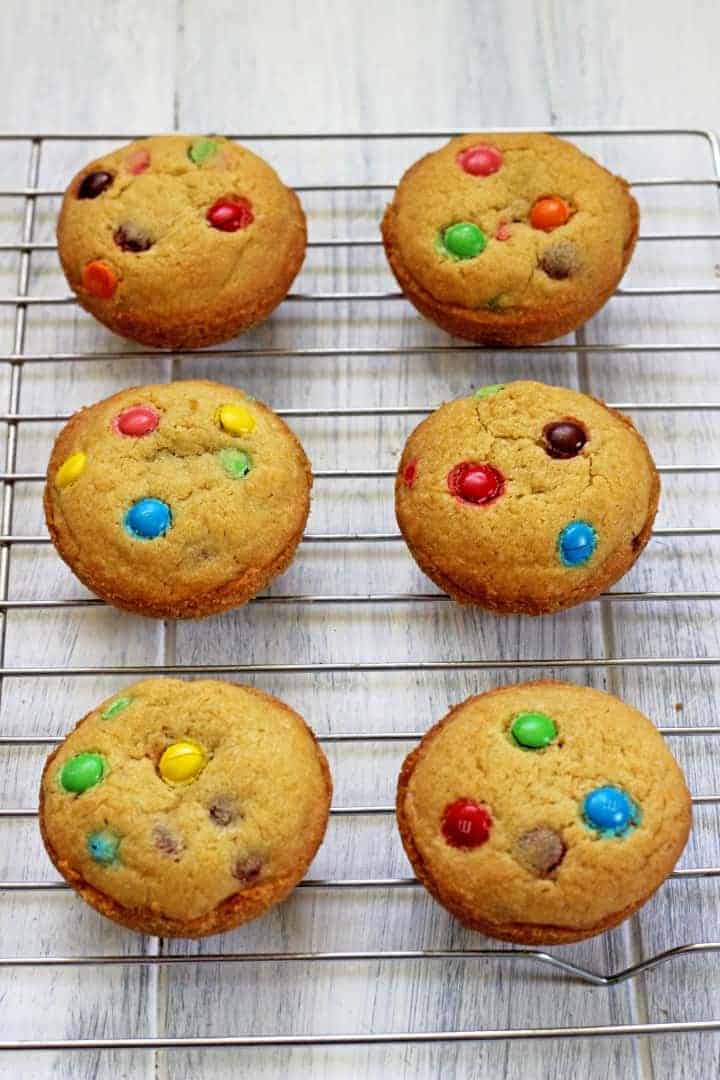 I'm almost embarrassed to admit that I've officially gone far enough to start smothering everything in tomato sauce, just for a little variety and flavour!

So to spare you the torture that is baby food, here is a recipe that I made a couple of weeks ago. But considering that it still feels like it will be weeks before I can eat proper food I can't promise that there won't be a couple of smoothie recipes coming up next week!

Take my favourite chocolate chip cookie recipe, add a little cornflour to make them especially chewy, throw in some M&M's and put them in...muffin tins! 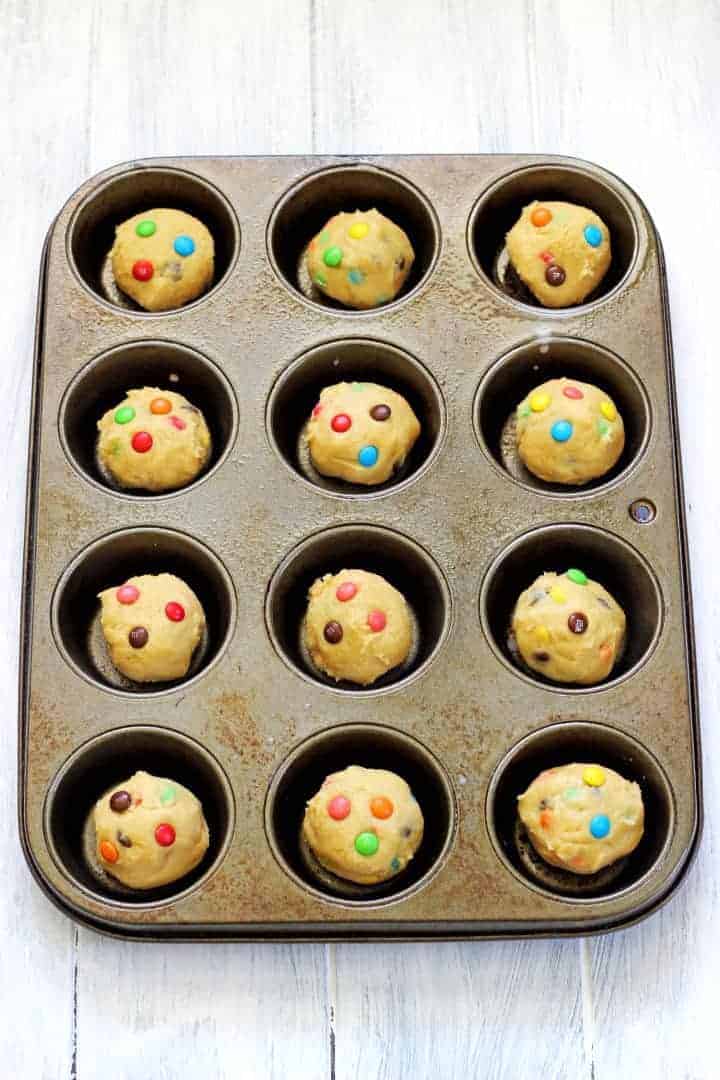 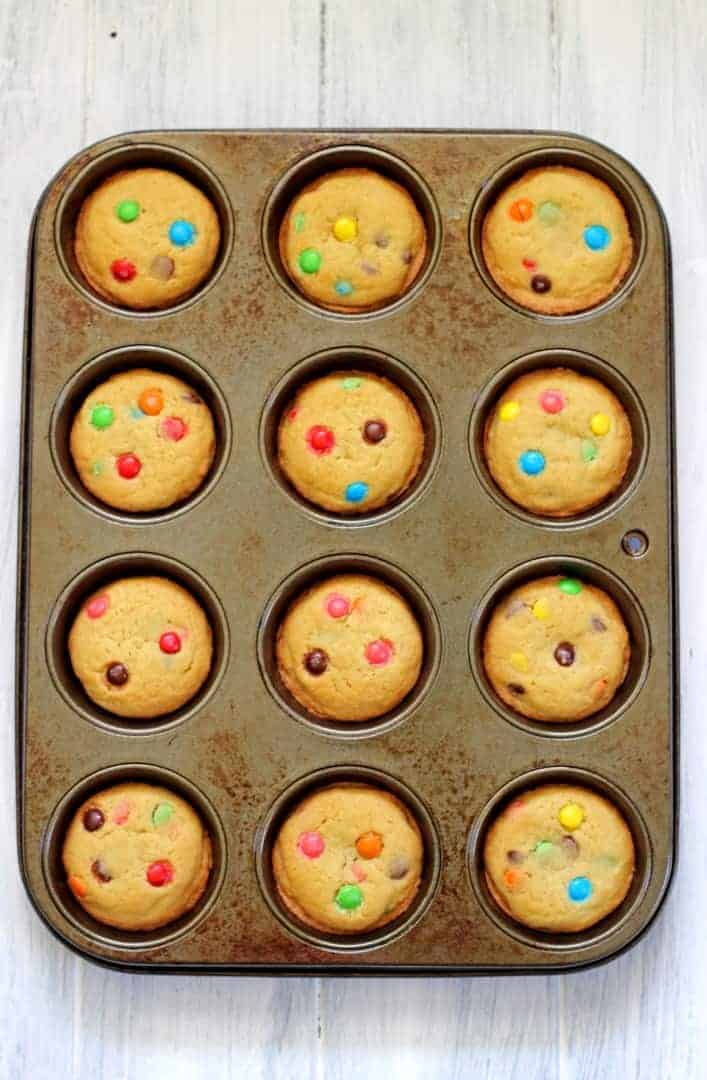 They're soft, chewy, delicious and every bite is chocka full of M&M's...yum!! Having them in the muffin tins makes a nice change from regular cookies and keeps them nice and thick. I used mini M&M's but you could use regular sized ones too.

The key is to try and make sure the M&M's are inside the balls - otherwise they have a tendency to stick to the bottom of the tin and you end up with this situation ⇓ Which is actually a situation I was pretty happy about! 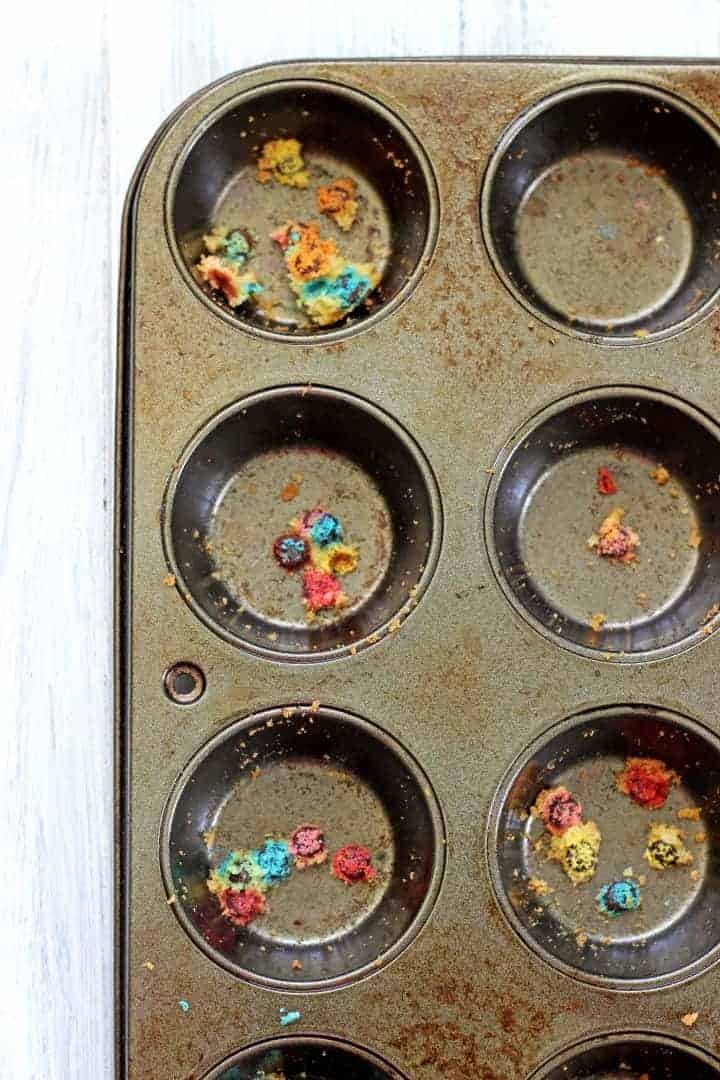 Mmmmmm, things you eat with your teeth! 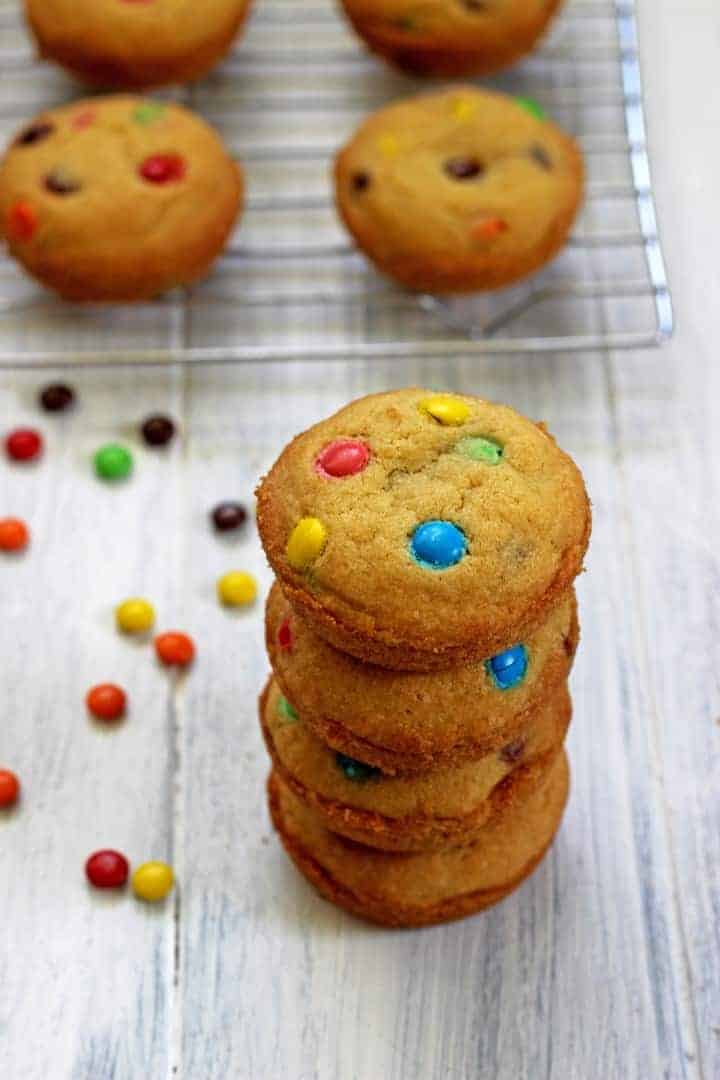 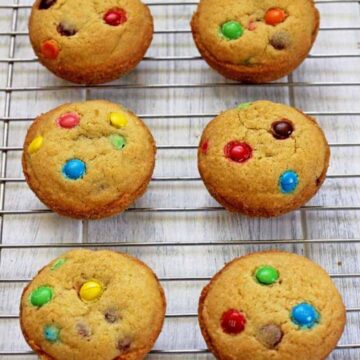