Even though March is technically the first month of autumn it is usually still pretty amazing weather and this year was no exception. We've had a real Indian summer with super warm days and lots of outdoor adventures.

We had a teeny window of opportunity to pick blackberries on the farm - we haven't had much rain all summer so there weren't too many but I got enough to go with our ice-cream! And just as well I remember how scratched up I got last year so piled on the layers. It was hot. But worth it!

We had a power cut one night thanks to an out of control fire that got to the power lines which meant I had to cook the whole dinner on the BBQ - potatoes included! It doesn't seem that hard but when our power goes out, we lose water too as it's all connected, so I had to run around the house collecting the dregs from all the taps so that I had enough water to boil the spuds! Phew. 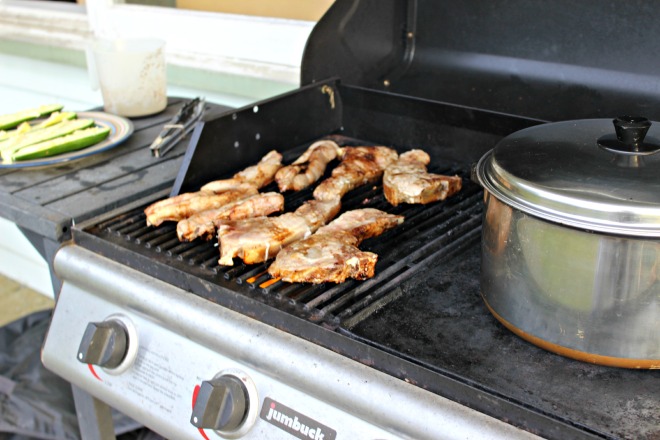 We 'dealt with' our roosters - they had overstayed their welcome. Noisy buggers. They were tasty.

And I went truck driving for the day with this handsome driver!

We live in a beautiful place! 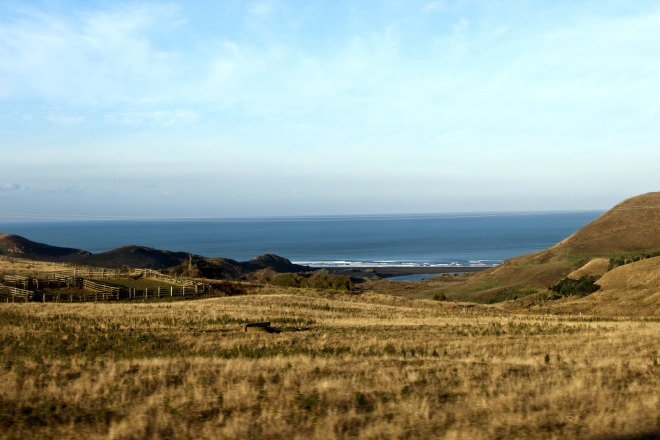 I picked peaches (from our surprise tree that grew in the fire pile) that I was going to bottle....but they were too squishy. So I made jam!

And we had even more stunning sunsets.

It's pretty easy to pretend it's not going to start getting cold soon. Except that it was dark when I got home from work tonight - it's going to be a bit of a shock when we come back from our holiday at the end of April!

« Hot Cross Muffins
Off on an adventure! »